Ghana’s Finance minister, Ken Ofori-Atta, has confirmed that the mid-year Budget to be presented to parliament in August will capture some measures by government aimed at reviewing the current tax regime.

This will include the introduction of some new taxes – a year after the scrapping of some 14 others.

Mr Ofori-Atta indicated that the review is not targeting existing tax payers, but would rather introduce effective ways of widening the tax net.

According to him, the country has begun moves to restructure the existing tax system.

“… In terms of what government has given (tax cuts) and a real sense of meeting our social contract obligation with the citizen; is now to open up the books and say OK; where do we want to go? What do we need to pay for and therefore how do we reframe our tax system or means of collecting revenue so we go ahead,” the Finance Minister said.

He added that the move is not an imposition of tax on the citizens but a means to rope more people into the tax net to support economic growth.

“I don’t really want to look at it as an imposition from me. But if we are sitting down and saying OK; where are we going and what should we do? And that in a stronger socially stable environment is how business thrive.”

He revealed the abolishing of some taxes last year was all geared at reforming the tax regime.

South Africa: Will Zuma the Cat With Nine Lives Survive This Time? 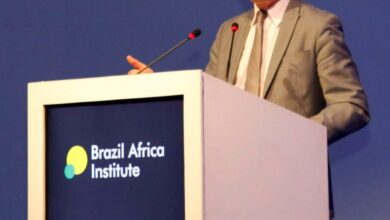