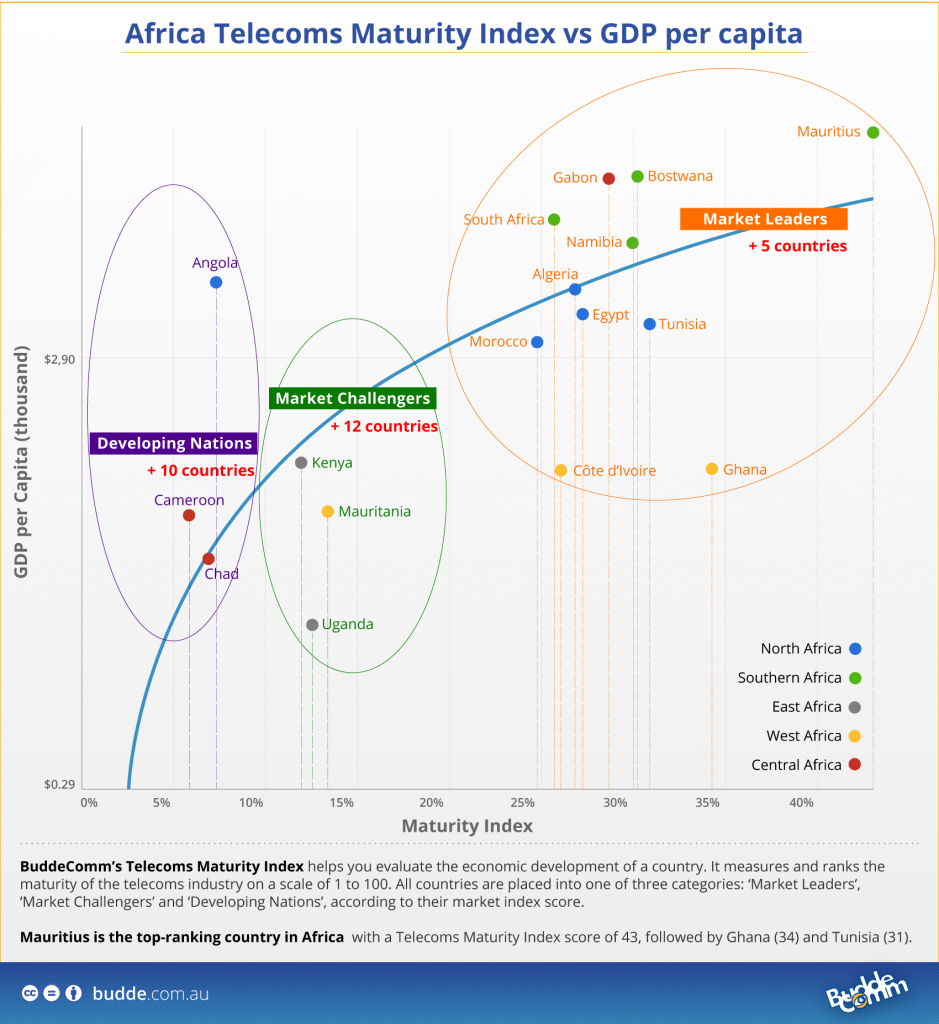 Sydney, Australia, 18 June 2018 – BuddeComm recently launched an exclusive Telecoms Maturity Index (TMI), that analyses the broadband, mobile and fixed Line markets of a country as well as a range of economic parameters to rank it on a scale of 1 to 100 and compare it to its region. The Africa TMI is now available and reveals the market leaders, the challengers and the developing ones.
Market leaders: Mauritius is the top-ranking country in Africa with a Telecoms Maturity Index score of 43, followed by Ghana (34) and Tunisia (31).
Mauritius stands out among the rest. This is largely explained by the thriving tourism market which has stimulated the broadband sector. There is an extensive DSL infrastructure and operators have deployed fibre-based services in a number of localities. Mauritius Telecom invested Rs5.1 billion to roll out fibre across the island, with the project completed the end of 2017 (ahead of the original 2020 timescale).
Market challengers:The top three market challengers are Mauritania with a score of 13, Uganda (13) and Kenya (12).
Developing nations: The top three developing markets are Angola (7) Chad (7) and Cameroon (6)
Mobile telephony remains by far the dominant telecom service across Africa, accounting for more than 90% of all telephone lines on the continent. Given the very poor condition of fixed-line infrastructure in most markets, mobile internet access as a consequence also accounts for between 95% and 99% of all internet connections.
The size and range of the diverse markets within Africa have contributed to varied market penetration rates between countries. By early 2018 the highest mobile penetration was found in countries including Gabon (163%), Botswana (159%), South Africa (147%) and Mauritius (146%). To some degree high penetration reflects the popularity of consumers having multiple SIM cards despite efforts among most regulators to enforce measures by which operators must register SIM card users
The African Market report showcases the TMI for all African countries providing a unique perspective on the region.
*For more information on each country or on Africa as a whole please get in touch*.
BuddeComm’s Telecoms Maturity Index is also available in all Middle Eastern, Latin American and Asian  reports. It will be available in European reports soon.

South Africa: Baseless and Defamatory Claims about Speaker on Twitter 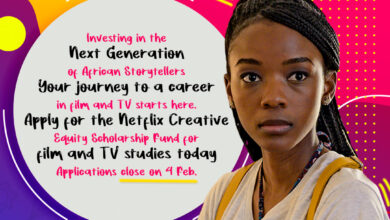