Amba Fighters and the Question of Anglophone Freedom in Cameroon

When I began to look at the Amba Fighters, it flashed in my mind that fairly organized boys’ movements have existed before in Anglophone Cameroon. Over the past hundred years, beginning in the later part of the 19th century, various boys movements – some state-sponsored and others, disorganized – have challenged constituted authority and made their impact felt in what we now know as Ambazonia (plus the Western Region). Nicolas Argenti describes some of these movements in his research on violence and state formation in the Cameroon Grassfields.  First were the tapenda, a name derivative from the interpreter. These were either connected to, or imitative of, the interpreters of the early colonial days. These boys posed a threat to the kings (Fons) and the German colonial authority. Later, at the turn of the 20th century, there emerged the free boys, so called because they drew inspiration from the freed slaves. Some of them simply refused to provide labor to the elders as was required by tradition. There was also the Gendarmerie, a French paramilitary organization known for extortion, rape, murder, incarceration without charge, unlawful arrests, etc. They crossed the border into Anglophone Cameroon after the two countries formed a federation in 1961. Needless to mention that this organization still operates, unfortunately, as a state-sanctioned criminal gang.

What underlines these movements is their tendency to harass and intimidate an established order. The movements were and are out for themselves and in no way would a population admire or support gangs that extract what others have earned through hard labor. To put it clearly: their infringement into the daily lives of people was and is received with scorn.

There is a reason why I refer to these movements and this is it. When I visited Cameroon and after hearing positive stories about the existence of the Amba fighters, I began to ask myself the question: why would villagers feel comfortable harboring people who are fighting a well trained and organized army? At the present moment, it does not take long before one realizes among the Anglophones that the government soldiers are seen more as a trained boys’ militia sent to destroy the Anglophone zone of the country. And it is within this context that the Amba Boys are greeted with relief. They are lauded for resisting the Francophonization of Ambazonia. Come to think of a situation where young men and women are courageous enough to punch a fat bully on his nose.

Hardly did I meet an Anglophone who did not admire the Amba Boys. In fact, they were even described as Pikin Them (The Children), The Amba Soldiers, The Boys, Our Boys, etc. which is a way of making them ordinary and at the same time, affirming an intimate connection to them. Against a background where the government soldiers treat everyone in the Anglophone battlefield as an enemy, there was the popular narrative that these boys are out to protect the people. This is demonstrated by their readiness to pay the ultimate prize for Ambazonian freedom by standing on the front line to take bullets from the government soldiers. Ironically, the government soldiers hardly confront these Fighters; they go for easy targets – the civilians.

That people should be oppressed to the extent that they take up weapons to defend themselves, and in doing so, kill other human beings, is unfathomable. In all oppressive systems where violence is used to keep the oppressed in their place, the oppressors must develop enough reasons to believe or portray those they humiliate are less human. These reasons advanced by oppressors free their consciences when they go about dehumanizing the oppressed. In Cameroon, the oppressive government has always been aware that it is despised by the people. But it chooses to ignore this. The question of freedom has been fundamental in the Anglophone struggle in Cameroon. They just want the predatory bully called government to get out of their way. In Cameroonian pidgin, the Anglophones don’t want to be the kokoh of the Francophonized system.

To get glimpse of how this bully operates and to be more concrete about what I am saying here, read below a scary encounter I experienced in Cameroon:

In mid-April 2018, I traveled from Buea to Bamenda (two Anglophone cities), passing through the Francophone part of the country. My first bus from Buea dropped me off at Bekoko on the Francophone zone. From here I took a mini bus to Bamenda. In the car was this young military man, a guy so brutish that I never wish to meet him again in my life. He sat on the right front seat. First of all, just after three hundred metres or so, we got to a police checkpoint and he became irate that the police stopped our car. He went out of the car and almost started a fight with the policeman who was merely doing his job – the Cameroonian way. About an hour later, he threatened to beat a civilian. And this is the story. An obstacle on the main road caused cars to divert their course, passing through a dusty road in a village. The villagers started placing wood across the road to block the passing cars.

This young soldier, a member of the notorious American-Israeli trained (and equipped) elite Rapid Intervention Battalion (BIR) unit, got out of the car and grabbed one of the villagers by his pants. So tight was the grip that one could see the genitals of the civilian bulge on the left side of his trouser. The villager winced with pain as the soldier tightened the grip, pulling his pubic hair in the process. As soon as he got back into the car, after the passengers pleaded for him to let go of the civilian, he said it was the Anglophones who were responsible for blocking the road. Pointing his finger warningly in the air, he shouted indignantly ‘C’est eux. C’est sont les Anglophone qui amenenent les problemes dans ce pays’ (It is them. It is the Anglophones causing problems in this country). This frightened the hell out of me and I could now understand why it took long for him to let go of the villager; he had in fact been torturing someone who belongs to a category of citizens he is trained to humiliate.

The young soldier saw himself as the law and had this belligerent courage and bullying attitude so characteristics of the so-called forces of law and order. They know the law isn’t for them. Surprising was that the passengers in the car praised the soldier and referred to him as l’homme de l’ordre (a man of order). The Francophones believed it was wrong for the police to stop a car carrying a soldier.  They went further to say the Anglophones (not the Amba Fighters) have themselves to blame for daring to stand up against the government forces. The soldier and the Francophones in the car plainly saw Anglophones as problem people and not as people with a problem. This would suggest the Francophone oppressive regime targets the problem people and not the problems that these people face. A recent video showing a military operation in the Anglophone farming town of Ekona tends to support this view that Anglophones are seen as the problem. In the video we see the military spraying bullets at buildings along the roadside. They did not care if there were people in these buildings. We do not even see counter fire coming from the buildings.

It was simply disheartening to hear how the passengers in the car believed some people are not expected to comply with the laws of the land. But to despise them would be missing a point. A century of brutal dictatorship, first starting with the French and then the two post-colonial Francophone regimes, has produced these authoritarian-admiring subjects; they perceive authority and power mainly in terms of how those in control could subdue the less powerful. That Amba Fighters have picked up arms to fight for Anglophone freedom is precisely because the post-colonial Francophone regimes just do not know what it means to live in a free country where the rights and opinions of others are respected.

I will end with this note:

There are criminal gangs who now use the name of Amba to loot, kill, extort, revenge and intimidate adversaries. The respectability accorded this movement may diminish if such rogue elements are not identified, named and shamed. Still, we are aware that the ruling government has either infiltrated some of these groups or formed distractionist units that want to be identified under the general umbrella of Amba Boys. 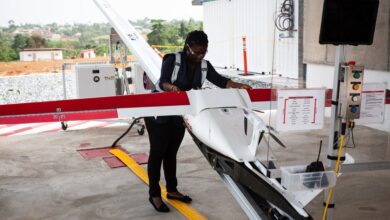