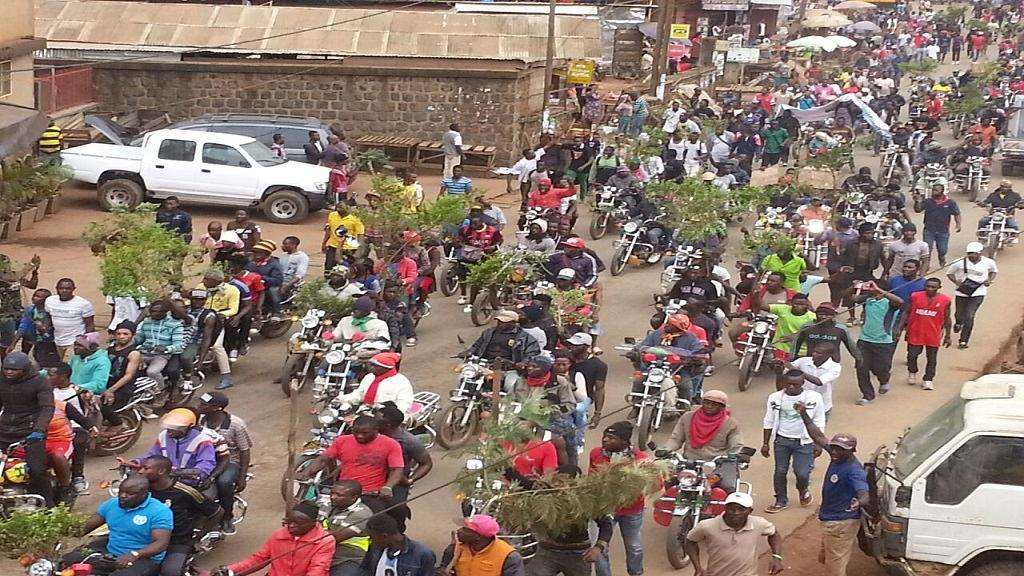 In The Fire Next Time, James Baldwin, the legendary African-American novelist, says the police in America (and white supremacists) were cautious in attacking members of the Nation of Islam (NOI). Members of this black (or Negro as it was called in those days) movement were not ready to turn the other cheek in the face of police/white supremacist violence against black people in America. They believed in a tooth for tooth and an eye for an eye. These Muslims were encouraged to arm themselves, not to attack their rivals but that if attacked, they should fight back with a maximum force. For them, it was better to die standing. Malcolm X, a leading figure in the Nation of Island once said the only thing that power respects is power. Events in Anglophone Cameroon in recent months are undeniably validating Mr X’s viewpoint.

There was virtually no armed resistance to the militarization and Francophonization of Anglophone Cameroon before Mr Biya declared war on them in November 2017. Messages circulated on social media stating that the government was out to massacre the population. Images of troops in military cars –some of them photoshopped – heading to the two Regions were a frightful sight. The government had cut off internet in the two Anglophone Regions but people found a way to send images on social media by going to the francophone side of the country. We all suspected mayhem. And mayhem it was particularly in the home village of the interim Ambozonian president, Tabe Sisuku Ayuk. In fact the local administrator in this area told citizens to vacate their homes. This, they did. Most of them fled into Nigeria and have remained there ever since.

By the end of 2017 however, young men began to arm themselves. Hunters started using their rifles to defend unarmed villagers. And there was nothing the government could do about it. A few gendarmes were killed sending shock waves into the spine of political leadership and the soldiers. This was unexpected in a country where the military and the police are always above the law. There were online genocidal messages by Francophones, their journalists included, calling on the government to annihilate the Anmbazombies and Anglofools. The minister of communication cried foul and insisted that it was intolerable to allow terrorists to kill gendarmes. This incident, he said, further justified why Ambazonia needed to be militarized.

What Mr Issa Tchiroma did not realize at this point was that these soldiers on a mission to kill unarmed civilians unexpectedly clashed with another force that was bent on retaliating the death of the villagers. It did not for once occur to the minister and the soldiers that they were not the sole armed force in what was becoming a battlefield. Prior to their death, this group of gendarmes had killed unarmed civilians in the invaded village. Those lives did not matter in the eyes of the government, so to speak. The army had and still has the weapons as well as soldiers trained to fight the enemy, the Anglophones. Those defending their dignity have two things: courage and knowledge of the war terrain. In a nutshell, the scoundrel soldiers who had hitherto not encountered any resistance now knew there was power on the other side; and the only thing their power fear is this power that has not restrained from exercising itself through ambushes and other guerilla tactics.

Ironically by Feb 2018, the minister of communication stopped announcing the death of soldiers who die in the battlefield. Private TV stations and digital media footages captured by private citizens have revealed dead and dying soldiers. Some of them, facing threats of death, have defected; others have sold their weapons to the Fighters while some have simply escaped into neighboring countries. In early April 2018, I witnessed three military trucks that were purportedly carrying corpses of soldiers killed in the front line. It is well-known in Buea that the mortuaries are filled up with the corpses of the military men killed in the combat zone. Here is the thing though: the government conceals the death of these soldiers from the Francophones, fearing that parents may questions why their children are sent to die in a senseless war.

This strategy of not announcing the death of the soldiers on the public media is surely intended to deceive the bereaved families, making them think the death of their son or daughter is an isolated, rare and unfortunate occurrence. This strategy has no precedence in Cameroon where the military people who die in action are sent off in a solemn public ceremony with flags and medals adorning their coffins.

But how has this power evolved over time? As mentioned earlier, there wasn’t any resistance when the government sent rogue soldiers to teach Anglophones a lesson during and after the Anglophones celebrated their independence day on Oct 1st 2017. Soldiers chased, beat and shot the unarmed civilians. In the Anglophone capital city of Buea, helicopter gunships sprayed bullets on people from the air. No one for sure knows the death too. Some neighborhoods became aware of deaths in their vicinity only through the stench of decomposed corpses. It is believed some of the corpses were dropped from the helicopters. In all this, the soldiers were winning – their sense of victory was emboldened by fearful citizens fleeing life bullets. The government media institutions celebrated the triumph of brutality against unarmed civilians. Little did they know they just provoked an embittered population amongst them, the kids that were into a second year of not attending school.

Out of nowhere, we started witnessing armed and masked young men threatening to resist the marauding soldiers. They became known as Amba Fighters/Amba Restoration Forces/Amba Boys or just Amba. These Fighters do not have a central commander but all aim at fighting/sending away what they see as the colonial forces of La Republique. So far, they have been putting up a strong resistance and have become confident to the extent that they do not mask their faces anymore when delivering threats to the government and its soldiers. A few weeks ago I watched a video, in which the young people sang songs, displayed their guns, introduced their hierarchy and talked about liberating their homeland. There was this kid, not more than 15 years old, who threatened to take as booty, the sliced testicles of the president of Cameroun. This is what he said in pidgin: ‘We go kill you Popol. Me I want na that your canas’ (we will kill you Polpol [Paul Biya]. I want those testicles of yours’).

The gun has undeniably emboldened the resolve of these young people to speak without fear. Has this power been useful so far? Well, the government soldiers have not launched any military attach to free arrested/kidnapped soldiers or administrator of the regime, perhaps for fear of counter fire. In those cases where the kidnapped/arrested officials have been released, a bounty has been paid to the kidnappers.

In my next article, I still focus on Amba Fighters: how they are perceived by the Anglophone public? 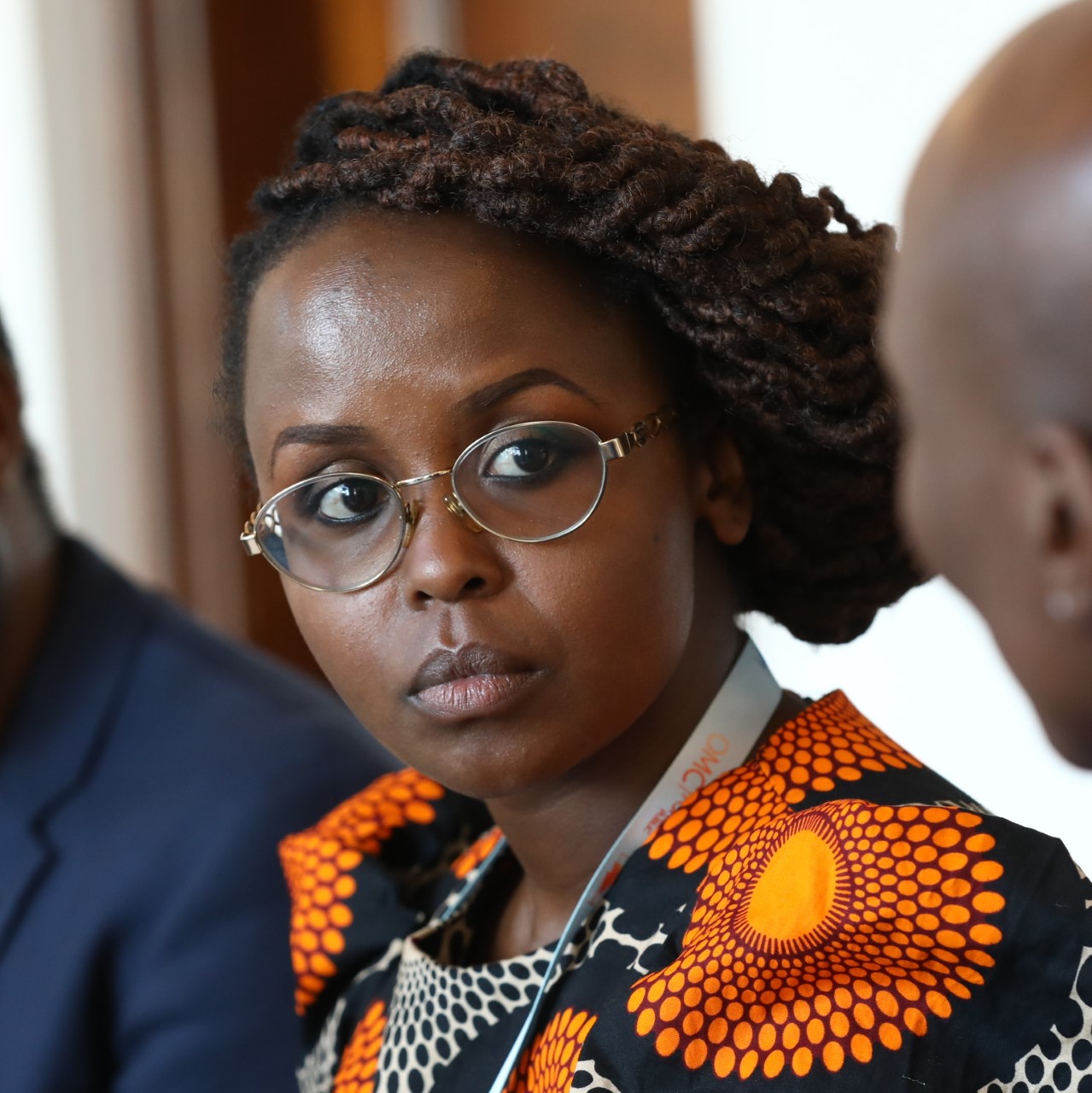