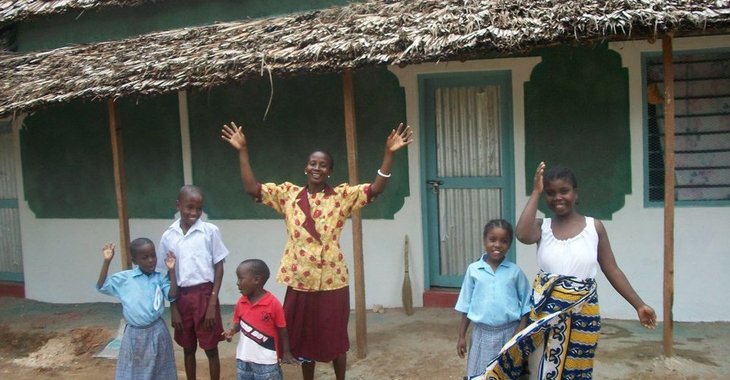 A Kenyan woman has blamed her landlord for kidnaping her two teenage daughters and first born son who is in his 20’s after rent brawl.

Ms. Rahama Harrow, 48, had gone to court to bar her landlord, Warsame Yusuf, from evicting her for failing to pay rent. The Rent Restriction Tribunal in Nairobi reprieved her by extending the eviction period to June 30.

One week after the court battle, it is said that a group of men armed with crude weapons invaded the single mother’s resident, kidnapped her daughters-Mulki Abdullahi, 17, and Imran Abdullahi, 14,  bundled them into a vehicle and sped off.

“When I came home and found them missing, I searched everywhere, but all was in vain. I went to upcountry in case the girls travelled to visit relatives, but I came empty handed. I have been to hospitals, mortuaries and prisons, “said Harrow.

After her fruitless search, she reported the case to the police station on March 29. However, her move exasperated the feud. That evening she was locked out of her house and had to seek police intervention.

“I got a big padlock at the gate and on my door. I informed the chief who summoned Yusuf, but he failed to show up. Immediately i sought the police’s help. They broke the padlocks allowing me to access my house,” said the mother of seven.

Her firstborn son, Abdijabar Billow, was forced to sleep in the family car which was parked outside the compound, when he found the gate locked for the second time.  In the middle of the night a group of armed men whom she suspected to have abducted her daughters tried to gain access to her house but failed. Since then, Abdijabar and the family car have not been missing.

Harrow claims that her children might have been killed and buried by the goons sent by Yusuf. “He intimidated me and said that because I won in court on the eviction notice, he would find other ways of dealing with me. He might have decided to take away my children to punish me,” said Harrow. She accused the police for laxity citing no move has been taken since she reported her case.

In response, Yusuf has disputed her allegations, labeling her a bother and troublemaker. He further accused her for propagating lies in order to get sympathy from the court.

“I am not aware of her children whereabouts. I am not responsible. She owes me five months of rent, which is why I want to evacuate her. I know she is causing trouble so that she gets an extension on the eviction,” reiterated the irate landlord.

Mixed reactions have risen from Harrow’s neighbours, with some attributing her woes to her bad behaviours while some have shifted blames to Yusuf for attempting to illegally kick her out.

The 4th industrial Revolution, a watershed moment for Africa’s development