Agony rent the air as ten Kenyan families identify the bodies of their loved ones who perished in a plane crash.

The flySax aircraft went down in the Aberdare Forest, central part of the country on Tuesday; however, the wreckages were discovered on Thursday.

The horrendous crash is allegedly attributed to bad weather due to heavy rain which has been going on for the last three months in the country.  FlySax Cessna C208 aircraft, registration number 5Y, CAC was destined to touch down at Jomo Kenyatta International airport (JKIA) after one hour and 15 minutes from Kitale, located in the western part of the country. However, according to Kenya Civil Aviation Authority (KCAA), the plane was last seen on JKIA radar few minutes to its arrival time.

On Friday the bereaved gathered at Lee Funeral Home, one of the hospitals in the country, where DNA samples were taken and tested by the government pathologist.  The findings showed that they all died from similar injuries on their heads, chests and limbs.

“The bodies had similar injuries to the heads, chests, and limbs, a clear indication that the deaths were as a result of the crash,” said the pathologist.

The bereaved families could not control their emotions upon receiving the tragic news. A woman who lost a husband scrolled on the ground in pain and distress, screaming at the top of her voice.

“Where will I get another husband? Who will take care of my children,” she wailed.

Amid the sorrow, they asked the government to launch an investigation to discover the main cause of the crash. “We have confidence that we shall get a true picture of what really transpired,” said a commissioner who lost his firstborn son.

In rejoinder, Kenya Civil Aviation Authority (KCAA) Director General Gilbert Kibe promised that a probe by the Air Investigation Department (AID) will commence soon including retrieving the wreckages from the scene.

“Our role is to assist the Air Investigation department to ensure the cause of the accident is established as soon as possible,” Kibe said.

According to Kibe the information will be shared with the authority, transport ministry and other relevant parties once they are through with the investigation. The ill-fated plane had 2 crews and 8 passengers on board. 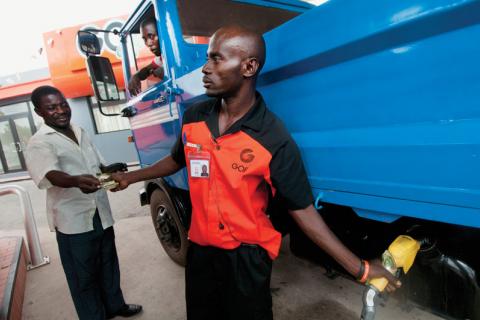