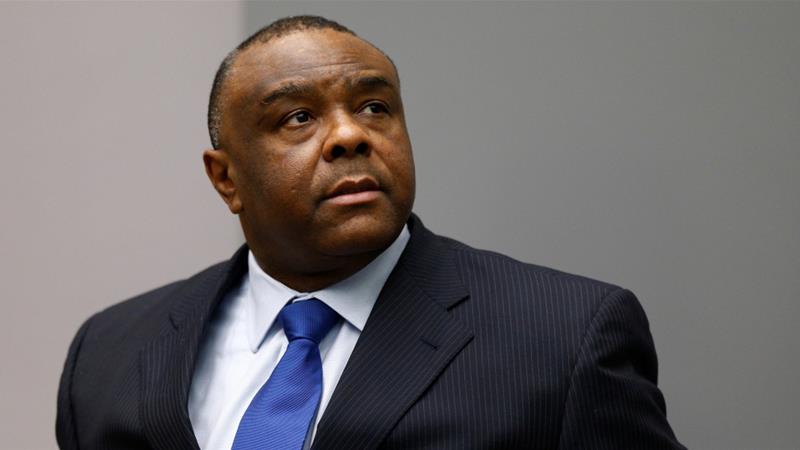 Bemba became vice president of the Democratic Republic of the Congo in 2003 [File: Michael Kooren/Reuters]

The International Criminal Court (ICC) has overturned the war crimes conviction of Jean-Pierre Bemba, a former vice president of the Democratic Republic of the Congo, on appeal.

Presiding judge Christine Van den Wijngaert said on Friday that Bemba could not be held responsible for atrocities carried out by troops under his control in the neighbouring Central African Republic, and that trial judges had failed to consider the efforts he made to stop crimes once he became aware of them.

Bemba was sentenced to 18 years in prison in June 2016 for alleged crimes, including murder and rape, in what was described as a landmark ruling after a five-year trial.

Judges in the earlier trial said Bemba had failed to stop a series of “sadistic and cruel” rapes and murders by his militia, known as the MLC.

He later got an extra year and a fine for attempting to interfere with witnesses in his trial.

Lambert Mende, a spokesperson for the DRC’s government, said Bemba has the right to return home once he is released.

“There’s not even any question over it,” Mende told Reuters news agency.

“Do you know of any other country where a Congolese citizen is supposed to live? All Congolese are free to live in DRC.”

Bemba’s acquittal is a huge blow for prosecutors, as his conviction was one of the few they had won since the court’s establishment in 2002.Bemba was the highest-ranking politician convicted by the permanent war crimes court, and his case had been seen as establishing a precedent that political and military officials may be held liable for the actions of troops under their command.

Leaders across Africa have long accused the ICC of unfairly targeting the continent. 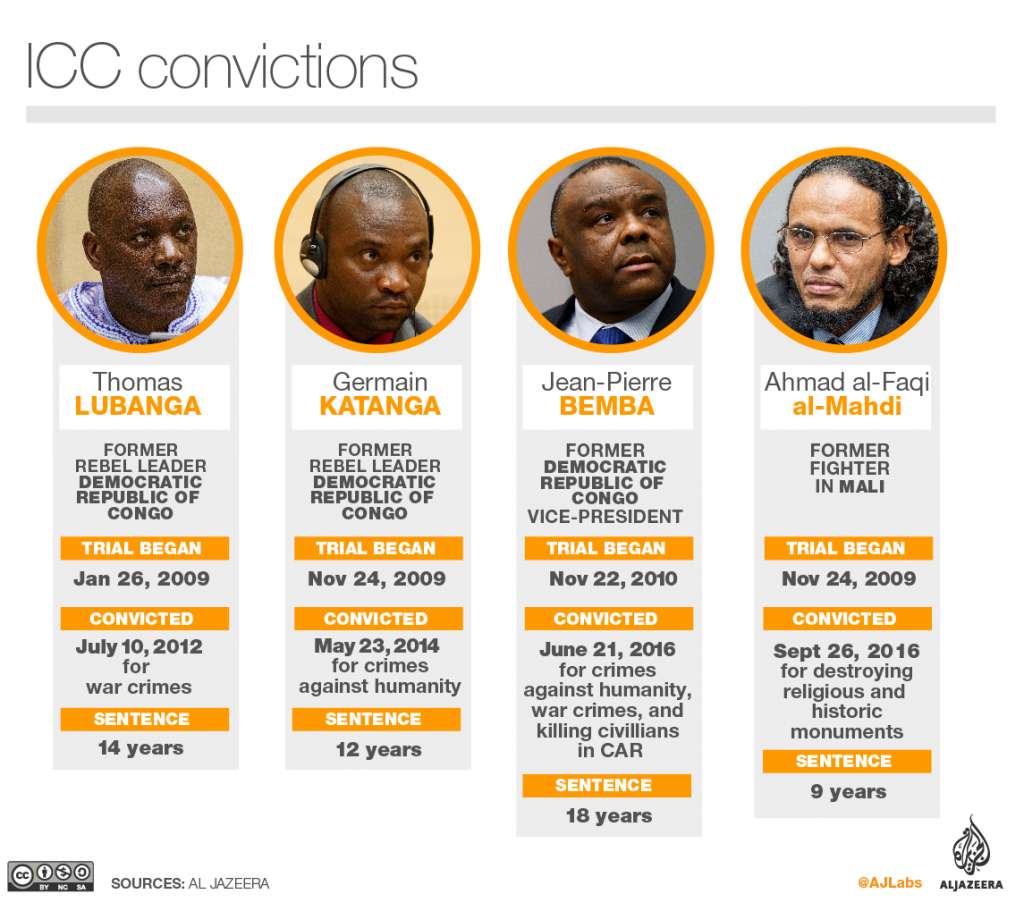 In 2016, Ugandan President Yoweri Museveni described the international tribunal as “useless” as he applauded South Africa and Burundi’s efforts to withdraw from the court.

Earlier in April, Rwandan President Paul Kagame reprimanded the ICC for its bias against Africa, saying it has failed to mete out justice in any other part of the world.

“From the time of its inception, I said there was a fraud basis on which it was set up and how it was going to be used. I told people that this would be a court to try Africans, not people from across the world,” Kagame said.

The permanent court in The Hague, the Netherlands, was established by the Rome Statute of the International Criminal Court treaty in 1998 in order to prosecute and punish individuals for genocide, crimes against humanity, war crimes and crimes of aggression.