MEPs urge Sudan to commute the death sentence of Noura Hussein Hammad, who was sentenced to death for killing her husband while trying to prevent him from raping her again

MEPs condemn the imprisonment of EU-Iranian dual nationals by the Iranian authorities following unfair trails and confessions extorted using torture. They urge them to release all prisoners unlawfully detained.

They ask Iranian authorities to guarantee the respect of human rights for all prisoners, particularly referring to gaining access to a lawyer of their choice and medical assistance when needed, and urge them to refrain from the use of any torture and inhumane practises.

The resolution calls on the European External Action Service and the Commission to establish an internal task force in support of EU nationals facing a death sentence or unfair trials. They urge Iranian authorities to cooperate with EU national embassies in Tehran, in order to create a list of EU-Iranian dual nationals currently detained in Iranian prisons, so that their cases can be followed closely.

The resolution was passed by a show of hands.

They remind Saudi Arabian authorities that the treatment of all prisoners must adhere to the standards set by the UN General Assembly and urge them to revise the Anti-Terrorist Law, the Anti-Cybercrime Law and the Press and Publications Law, which are repeatedly used to prosecute human rights defenders.

The resolution calls on Saudi Arabia to adopt comprehensive legislation to tackle the widespread gender-based violence against women, to remove all obstacles to women’s access to justice and to take the necessary steps to ensure the protection and the enhancement of women’s rights, such as ending child marriages, forced marriages and the compulsory dress code for women. Women activists should also be allowed to organise themselves and work without fear of repercussions, MEPs say.

The resolution was passed by 525 votes in favour, 29 against and 71 abstention.

MEPs urge Sudan to commute the death sentence of Noura Hussein Hammad, who was sentenced to death for killing her husband while trying to prevent him from raping her again. Any form of harassment and intimidation towards her lawyer and family should stop, they say.

They ask Sudan to comply with national and international laws regarding human rights, women’s rights and justice, and reiterate that the imposition of a death penalty against clear evidence of self-defence constitutes arbitrary killing.

The resolution calls on Sudanese authorities to prosecute all cases of gender-based and sexual violence, including marital rape, domestic violence and early and forced marriages, as well as investigating the allegations against the Sudanese security forces for the use of violence, intimidation and other forms of abuse against women.

The resolution was passed by 455 votes in favour, 34 against and 140 abstentions. 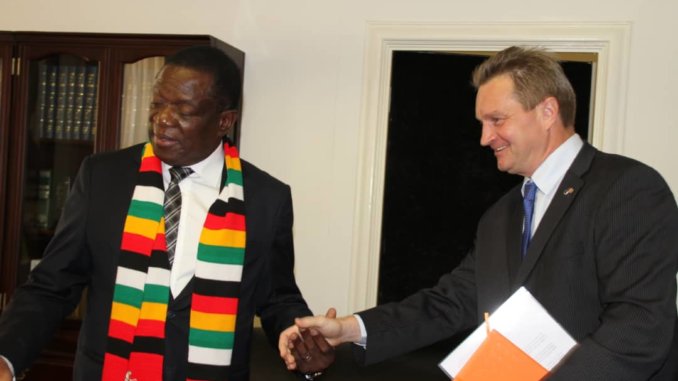 What Happened to the Africans?