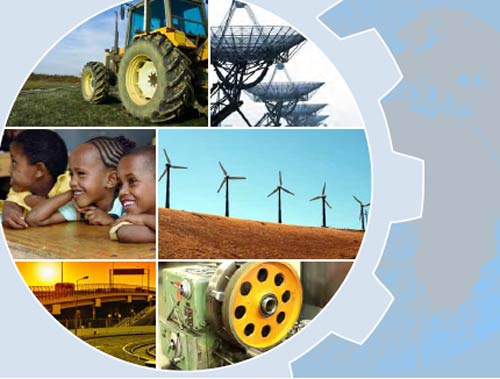 Trade and Economic Development in the African Region must be put on the fore-front through Regional Integration and policy development. Despite the fact of some economic improvements in the African Region, Integration, policy development and Information dissemination gaps must be closed so as to further improve some dark areas especially on Information dissemination that has lagged behind on issues related to Trade and Development and Regional Integration at continental level.

Addressing a pack of 30 Journalists from the African Region recently in South Africa, Cape Town, Trade Law Centre Executive Director Trudi Hartzenburg said it is vital for Journalists who report on Economic issues to dwell on the subject of Trade and Development and far fetch information on Regional Integration.

‘’African Countries are forging ahead with the times in Economic Development , Trade and Law and on Integration issues , but however , there is need for more information to highlight dark areas of gaps which need to be addressed in order to stir more change .

‘’For countries to improve on the development of their economies, more information dissemination is vital throughout the African Region. In addition to that Trade policies, Laws, frameworks and strategies must be articulated correctly.

Reporting for Economic Development is key since Africa is still with many developing countries with low Gross Domestic Products and Low Income per-capita due to low levels of Domestic Exports. Many  countries in the African Region have seen the green light in Economic Development because of Regional organizations impacts on Trade .

‘’African countries can only see the green light through smart Regional partnerships , however linking on Trade issue with the outside of Africa , help countries to develop themselves . Regional Integration must move further to define itself out of the African box to join with the World Trade Organization. Such partnerships make countries achieve on Sustainable Development Goals in line with poverty reduction through Regional co-operation, Integration and policy development at International levels.

‘’One important critical organization to work with is the International Trade organization WTO]. It is pathetic to note that out of 54 countries in the African Region , only a few have over the recent years been affiliated to World Trade Organization which by then had only 164 countries , some of them , the developed countries of the World .

‘’That is one main reason why we are behind the camera of economic development. African countries shun some of the most important economic activities at the expense of its population. Besides, this is true as well with other countries like in some parts of Asia , Europe and Latin America .

‘’Instead of talking of Regional Integration , we are supposed to talk about Global Integration , looking at how possibly we can shoulder up and grapple challenges of poverty and less growth in Gross and National Domestic Product . As well, we need more of Global Integration, policy development and improvements in Law issues related to Trade so that we can move ahead with the times’’ , Trudi elucidated .

Trudi also touched on issues as well on Preferential Trade Agreements which focus on trade agreements in the area of Trade and Development. Such advantageous preferences are related to zero or low tariffs when countries are in trade issues. A good example is the Generalized Tariffs countries in the developed world grant in form of preferential tariffs so that they may have imports from developing countries.

Professor Gerhard Erasmus added that zero and low tariffs improve on issues in trade there-by facilitating fast development. The link and friendly co-operation of countries according to Professor Gerhard is an advantage to those in the developing world, but there is need for the developed world to work in unison with the developing ones so that economic growth can easily be realized without any difficulties at all.

‘’Agreements in trade are very important as long as they last and bring the desired goals of economic development meant to improve on the lives of the general population in the World. As long countries are in agreements, they foster economic growth to regional levels, and then there is need for further developments ascending to regional and international heights.

‘’Thus why some countries have gone up in short periods of the decades passed. It is because of Trade Agreements meant to foster economic development at national to regional until it’s at international levels ‘’

‘’Economic growth ‘is spearheaded by policy development at all levels with the interventions of frameworks and strategies building up on better relationships. Some countries have focused more on policy, research for economic development aligning relationships and affiliating memberships at regional levels.

‘’At last they made their way into becoming fast developing countries until they became recognized at global levels. But, it needs our effort and strength to stimulate Investments through policy development. Through the African Continental Free Trade Area , some economies have molded to better strength in Trade with their partners.

Giving his echoes in the vibrancy of more sentiments in an exclusive interview in Harare Dr  Prosper Chitambira , Labour and Economic Development   Research in Zimbabwe [LEDRIZ][ Economic Advisor said Southern Africa Customs Union is a force to reckon with because these states implement a common tariff imports from outside the region. This, he added on, forms a common customs territory under which issues pertaining to their challenges are equally addressed at regional level.

‘’This is a pool of customs and revenue seen also as an anvil to the development of key policies for better economies to be developed through integration and partnerships in Trade and Development .The common policies swim in strategic areas like in Industrial development for economic growth looking specifically 3 main sectors of the economy, Agriculture , Mining , and Manufacturing Industry .

‘’Apart from that , the union removes out signs of un-fair trade practices which hinder economic development for  growth at national and regional level .

‘’Countries in the Region must address their thorny issues through Regional integration and economic co-operation. It is vital to merge countries, make them share and remove obstacles which hinder economic development through policy and better economic networks. Economic development is shown by Industrial development descending low absolute poverty levels. From above ,  high levels of employment indicates social and economic change with time in any part of the region’’, he took head on  to a close . .

SACU SOUTHERN AFRICA CUSTOMS UNION is comprised of Southern African countries like South Africa , , Botswana , Namibia , Lesotho and Swaziland .SACU was established in order to enable member states to implement a common external tariff on imports from outside the territory . The four day workshop had media practitioners from South AFRICA , Zimbabwe , Namibia , Ethiopia , Madagascar and Rwanda .

African Innovators’ Closing Call to Action from Africa Innovation Summit 2018: “Africans Must Throw Out the Boxes that Have Caged Them.”