The Parliament of Ghana has waded into the explosive revelations on the country’s Football Association by investigative journalist Anas Aremeyaw Anas in his latest work.

The secret filming that saw the President of Ghana Football Association (GFA) Kwesi Nyantakyi and many other crucial football officials taking bribes has angered many Ghanaians, with football lovers asking for the resignation of the GFA boss.

Mr. Nyantakyi is currently on a police enquiry bail after he is alleged to have used the name of President Akufo-Addo fraudulently in the Anas video.

Reacting to a call by members of the House for their intervention in the matter, the Speaker Professor Mike Ocquaye said Ghana’s constitution grants the legislature the power to investigate any person or institutions in the country and therefore deems it appropriate to initiate a probe into the content of the video.

“Parliament has the power to make laws to regulate professional, trade and business organisations. That is a very strong authority. If we have the power to regulate you, one of the criteria we are being told to look is whether you are acting democratically, and if fraud or corruption is alleged, that cannot be democratic, for that matter we are entitled to look into that matter. And that is what our special committee does.

“Everyone knows we are in an era where we all agree that we are fighting corruption and parliament must be the authority that is most interested in view of its being representative body of the entire of Ghana. Since no person, body or institution can assume an immunity from parliamentary investigation, I ask that we form a special committee right now, we will quickly look at the matter and then we will show what recommendations we should make,” he said.

Meanwhile, the Ghana Football Association has given the assurance that there will be no cover-ups at the football organization following the revelations of ill-conduct by some officials in the investigative piece put together by journalist Anas Aremeyaw Anas.

The FA however says it was not given the opportunity to view the video ahead of the Wednesday premiering even though they are a major part of its content.

“The GFA wishes to place on record that, there will be no attempt of a cover-up or shield any of our members caught in alleged acts of corruption. The GFA wishes to assure all that as an institution it does not condone any manner of corrupt practices,” the FA said in a statement. 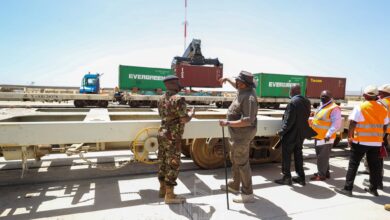