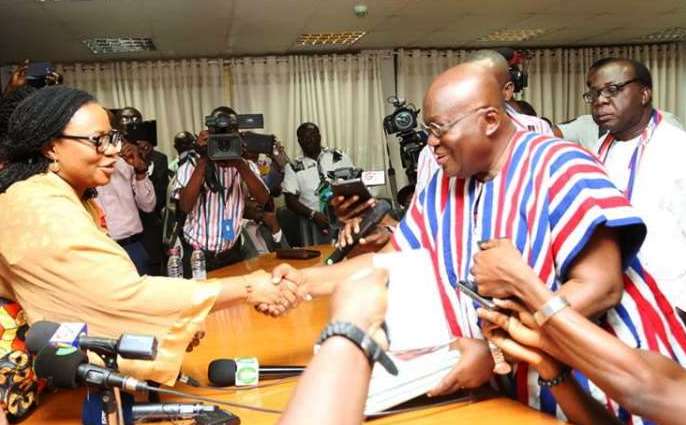 President of the Republic of Ghana, Nana Addo Danquah Akufo-Addo has sacked the Chairperson of the Electoral Commission Charlotte Osei and her two deputies – Amadu Sulley and Georgina Opoku Amankwah – from office.

The dismissal comes after some aggrieved employees of the Electoral Commission (EC) last year petitioned the president to dismiss the Chairperson of the Commission, Charlotte Osei.

The staff of the Elections Management Body in a statement insisted Mrs. Osei should be impeached for among others, bringing the “Commission’s name into disrepute by single highhandedly petitioning the Economic and Organized Crimes Office (EOCO) on an alleged misappropriation of staff endowment fund for malicious reasons. ”

They further revealed that following her appointment as EC Chair, Mrs. Osei “compromised the independence and neutrality of the Commission by arranging for 2015 V8 Land Cruiser with registration WR 2291-15 from the office of the President for use as official vehicle without going through the procurement process or recourse to the Commission.”

Below are details of a statement released by the Presidency 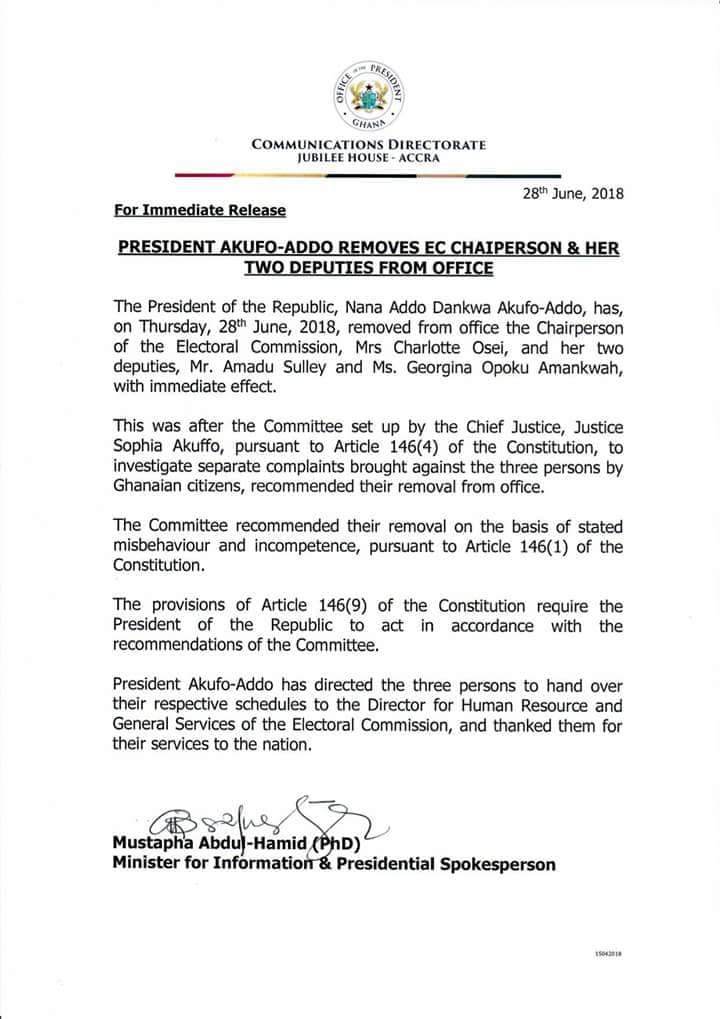