The European Union Election Observer Mission [EU-EOM] on Saturday 23 June deployed 44 election observers to the 10 provinces of the country to observe elections scheduled for 30 July. The takeoff of the observers in a convoy of flash cars was witnessed at a local hotel in Harare. This is the second contingent, following the core team which arrived in Harare on 6 June.

Deputy Chief Observer Mark Stevens said observers will cover ten- 10 provinces in rural and urban areas. The observation will cover the entire electoral process prior, during and after the harmonized elections scheduled for July 30.

‘’We have a total of 44 election observers who are being deployed around the country today in ten-10 provinces of the country. We will cover rural and urban areas, getting deep into the marginalized communities for free, fair , credible and accountable elections .

‘’Our observers will meet electoral officials, candidates and representatives from all political parties contesting the elections, Civil Society and the Media.

Adding on more information, Mark Stevens said Observers received a three day in depth briefing in Harare on the electoral ground, political environment and other topics. The 44 short term observers and a Delegation of the European Parliament will join the Long Term Observers shortly before the election. Together with Diplomats accredited in Harare, EU is expected to deploy on Election Day about 140 Observers from all 28 member states as well as well as Norway, Switzerland and Canada.

‘’The observer mission  received a three-3 day in depth briefing in Harare on the electoral ground , political environment and other topics related to how the country economic situation is like at the moment .

‘’The 44 short term observers and delegation of the European Parliament will soon join the Long Term Observers shortly before election on 30 July .

‘’On Election Day, EU will deploy about 140 observers from all 28 Member States. Countries like Norway, Canada and Switzerland have joined in the partnership, ‘’

Speaking further in length, Mark Stevens added clearly that the European Union Electoral Observer Mission is led by a Chief Observer who is a Member of the European Parliament who will be appointed shortly .Like an Leader in an organization, the Chief shall have responsibilities to play at high level tolerance. The one appointed shall exercise full responsibility, accountability and transparent. However , the EU MISSION  itself is committed to hard working , cherishing accountability , fair playing field and calling for credible elections in the country ‘’

‘’The EU Electoral OBSERVER Mission’s analysis includes aspects such as the Legal frame-work , work of Election administration , campaign activities of the candidates and political parties , conduct of the media , voting , counting and tabulation of results and the resolution of election related disputes , concluded , Mark Stevens , Deputy Chief Observer .

Giving a note to Journalists and Editors as a whole in addition to Mark‘s tirade talk, Eberhard Laue , said the European Union was invited by the Government of Zimbabwe to deploy an observation mission .

‘’It is the Zimbabwean Government that invited us to do the work. But I want to assure you, Elections will be free, fair, credible, and accountable as long as we discharge of our duties. We strive for transparence as we move towards and at the election date and five days of results announcement.

‘’European Union Electoral Observer Mission is independent from any European Union Institutions or Member States or Government Institution. It is also committed to remain neutral and abide by the Declaration of Principles for International Election Observation and the Code of Conduct, as well as the Laws of the Republic of Zimbabwe, he said.

European Union Election Observer Mission has been quiet in in Zimbabwe’s elections for the past 16 years. The last election which they observed was the 2002 Election. 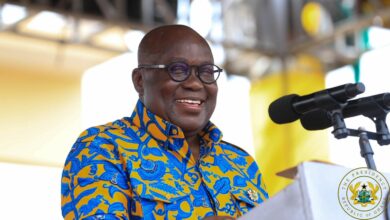 Why Ortom Should Answer For Benue Killings – Middle Belt Group