Since taking office in April, Prime Minister Abiy Ahmed has made major changes in Ethiopia including releasing jailed dissidents and moving to liberalise the economy.

In a statement released on their Facebook page and confirmed by Ethiopian state media, Ginbot 7 said it would call off attacks in order to support Abiy’s agenda.

“Our forces have received strict orders to refrain from any sort of armed resistance,” the statement said.

It added the decision “takes into full consideration our preparedness and determination to foil any attempt to derail the current change process by anti-change elements within EPRDF,” referring to Abiy’s ruling Ethiopian People’s Revolutionary Democratic Front (EPRDF).

Formed after the disputed 2005 election, Ginbot 7 — named after the date in the Ethiopian calendar when the ballot took place — has claimed numerous deadly attacks in the past.

The authorities have previously alleged association with the group as justification to imprison dissidents.

Prosecutors also dropped charges against the group’s leader Berhanu Nega, who is based outside Ethiopia and had in 2009 received a death sentence in absentia over an assassination plot.

Ginbot 7 fighters have previously based themselves in neighbouring arch-enemy Eritrea, which Abiy’s government is trying to reconcile with by implementing a long-ignored 2002 border demarcation.

Abiy has pursued rapprochement with several other overseas-based opposition groups.

Last month Abiy met with Lencho Leta, a long-time opposition politician from the country’s largest ethnicity the Oromo, of which Abiy is also a member.

Jawar Mohammed, head of the United States-based Oromia Media Network (OMN) which has in the past been a fierce critic of the EPRDF, said he also was sending a delegation to Ethiopia to explore opening offices.

Separately, Abiy’s chief of staff Fitsum Arega announced on Twitter Friday that internet censors would allow access to 264 websites that had previously been inaccessible in the country including OMN. 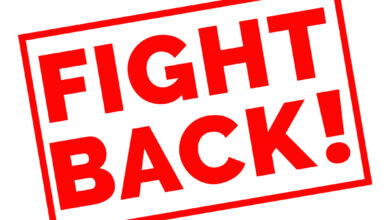