On 23 and 24 May the unit also attacked four neighborhoods in the Chinaksen district of East Oromia, killing five farmers and burning down around 50 homes

ADDIS ABABA, Ethiopia, June 1, 2018,-/African Media Agency (AMA)/- The Ethiopian government must immediately withdraw and disband the Liyu police unit of the Somali regional state, whose members are unlawfully killing the Oromo people, Amnesty International said today.
Members of the unit, set up by the Somali state as a counter-terrorism special force, this week burnt down 48 homes belonging to Oromo families who were living in Somali, forcing them to flee to Kiro in the regional state of Oromia.

“The Ethiopian authorities must immediately demobilize the Liyu police and replace them with police that abide by international human rights law. These rogue officers must not be allowed to brutalize people at will,” said Joan Nyanyuki, Amnesty International’s Director for East Africa, the Horn and the Great Lakes.

On 23 and 24 May the unit also attacked four neighborhoods in the Chinaksen district of East Oromia, killing five farmers and burning down around 50 homes. These attacks caused residents to flee their homes looking for safety.

“The authorities must put an end to what appears to be state-sanctioned violence. The first step is to ensure all policing in Oromia is respectful of human rights. The next is to hold those responsible for these attacks to account through thorough, impartial and independent investigation.”

In 2017, incursions into Oromia by the unit led to the deaths of hundreds and the displacement of more than one million, according to a report by Ethiopia’s National Disaster Risk Management Commission and the United Nations Office for the Coordination of Humanitarian Affairs.

Amnesty International is calling on the Ethiopian authorities to implement the recommendations of the 2004 referendum, which voted for a clear demarcation of the Oromia-Somali border, as a means of addressing the root causes of tensions in the region. 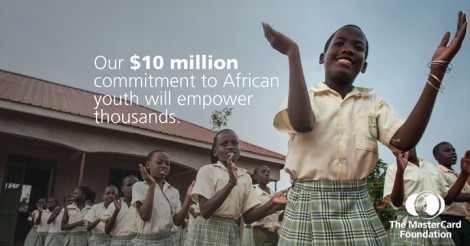 The MasterCard Foundation:10,000 of Africa's brightest are empowered with new Regional Centers