Sub-Saharan Africa, South East and Pacific Asia which are Energy poverty impacted Regions need at least 49, 4 billion annually to finance their overall Energy projects and the current spending rotating in these Regions is 9 billion. World Bank has over the past years since 2007 financed 31 billion worth Energy projects in developing countries especially in Sub-Saharan Africa.

In order to monitor the reduction of absolute poverty in the World, there is need to focus strongly on Energy financing in order to develop various energy projects, reduce poverty and win on Sustainable Development Goals particularly Goal number 7 on Energy  by 2030.Africa has the big challenge . One of its Investor , African Renewable Energy Fund finances small projects in Hydro-Power , Wind , Solar , Geo-Thermal , Gas and Biomass .It has 10 to 30 million size of Investments , 200 million total fund size with target return of 20% .

Experts in the Energy sector in Zimbabwe have taken a strong move to work towards sustaining energy projects through sourcing finance and calling for Investments to boost the sector. The prevalent rate of climate change in the countries felt elsewhere in the World is fast reducing BIOFUEL ENERGY relied on by 60% of the rural population mainly in developing countries struggling to grapple with solar energy which is cheap, efficient, though insufficient, it is reliable with those who have used it .The strong fact is Solar is renewable, therefore it is of less cost once purchased.

CLEAN ENERGY FOR ALL programs organized by Business Council for Sustainable Development , Practical Action  and ZERA[Zimbabwe Energy Regulatory Authority ]   held  since issues of energy took Centre stage have since short time memorial brought change in the country which is only 40% solar energy dominated according to recent ZERA information on the ground . Zimbabwe Energy Regulatory Authority Chief Executive Officer, said that adequate financial funding is needed to run Sustainable Energy projects in many countries of the World so as to promote a GREEN REVOLUTION which has special focus on clean energy which does not have effects on human lives as far as pollution is concerned.

Air pollution has over the past years affected communities especially in coal mining areas where a number of people have had problems of respiratory and cardio-vascular diseases. .These challenges have as well been experienced in urban areas where after hydro-power blackout is experienced, dwellers pursue alternative energy sources which lead to destruction of the natural environment and turn to massive use of coal which emits unfriendly pollutants affecting people and the atmosphere.

Experts have summed that, though the need for Green Energy for a Green Revolution, funding is not adequate to promote a GREEN REVOLUTION flourish. Glued in the exclusive interview, the expert said Zimbabwe power shortages are indicated by a deficit of 60% .By February 2016 the country was measured producing only 845 mw against a projected national demand 2,200 megawatts and installed capacity of 1,940 megawatts .

‘’There is need for adequate funding buttressed by competent Investors who support the Energy sector which is under-trodden and submerged by anthropogenic factors contributing to climate change and subsequently affecting the earth which now is heavily compromised in terms of its naturalness, beauty, esthetics and bounty wealth of bio-fuel .The urgent need for regeneration of the energy sector through the support of Investors is no doubt a fact on the ground ‘’.

’’Countries of the world still taking development steps in response to Sustainable Development Goals targets need more funding than the current amount so that they can run sustainable projects which can make developing countries in Africa, Asia and some parts of the World see the light of development in a changing world in which clean energy is the right path to go for in a modern World.’’

‘’Clean Energy is environmentally friendly since it does not lead to air pollution which does have negative impacts on the health of the general public. Many forms of energy have led to changes in climate of which resultant adverse effects there-after have led to depletion of the ozone layer. Clean energy solutions today lead us to a habitable disease free world.’ ’posed the Expert .

Further on ,she cited that high cost financing of Infrastructure amounting from 12 billion to 13 billion to lift up Energy project financing in developing countries is vital .She continued that, for these countries to grow, they need to lure Investments from the developed World through implementation of sound policies meant to reduce energy poverty in the developing world.

‘’Funding for the purpose of Economic development is vital because they is need to promote GREEN ECONOMY. Therefore, we need to support GREEN ENERGY projects on the ground so that we can reach targets of GLOBAL ENERGY growth and achieve Sustainable Development Goals of the UNITED NATIONS’’, ’she concluded.

Commenting on the same issue , Patson Mbiriri , Permanent Secretary in the Ministry of Energy and Power Development , said , Energy financing was as well delayed by lack of political will in many developing countries like in those where civil strife reduce communities to abject poverty in Sub-Saharan Africa , East and Pacific Asia and in some parts of the World .He added also that lack of expertise and  the issue of brain drain has much impacted .

‘’Lack of this political will  has much trodden  developing countries which even up to now need strong financial support to lift themselves out of absolute poverty . Sustainable Development Goals will lift people in many countries out of poverty like how they have done in developed countries like China, Japan, America and others’’.

‘’One main important aspect is that of brain drain of African professionals giving their knowledge to greener pastures. The problem is leaving blind spots making management of energy projects a challenge to digest. Also those in leadership at top need more expertise, sensitization and awareness on the importance of energy link to the environment. A green revolution is possible close home if these experts help us with their skills and push for Africa to get Investors. In other words, we are moving slowly towards a GREEN REVOLUTION’’, he said.

Talking on Investor incentives to sustain Energy projects, another Expert in the ENERGY SECTOR, Sustain Ziuke said, incentives are important because Zimbabwe is only 40% covered by solar energy. All in all 80% of energy is urban and 19% is rural. We still have a long way to go . Access to electricity is estimated @ 52% of the total population.

Approximately, 200,000 urban house-holds and 1,2 million rural do not have access to electricity . He expanded by highlighting that there is need to work towards financing of solar since it is cheap and easy to maintain and for developing countries to research and access other Energy types especially in rural areas so that bio-fuel can be saved .

Africa as a whole has those challenges related to energy shortage .There are dangers to the natural environment caused by lack of energy sources. The environment gets deforested without any afforestation, this leading to desertification. Most issues in origin of what is climate change are a result of massive cutting down of trees  . This leads to denudation, mass wasting and serious erosion during rainy season, communities later affected by food –insecurity.

‘’Access to Energy types is the challenge in developing countries. Worse still, wood is 80% to 90% in rural areas and 15 to 30% in African urban areas. For Energy development to take place at fast rate in these countries, there is need for GREEN FUNDING, what we call SMART ENERGY for the sustainability of a GREEN WORLD in which humanity is not affected by POLLUTION, especially AIR POLLUTION which result in Respiratory and Cardio-Vascular Diseases, related to heart and Lung cancer ailments, ’he said.

Zimbabwe which still lags behind in Energy development has fuel wood at 60%, liquid fuel 18%, electricity 13% and coal 8%. Although the Zimbabwe Agenda for Sustainable Socio- Economic Transformation promotes Energy projects sustainability so as to reduce poverty, more than half of its population is living in Energy poverty and needs funding to run such projects.

Many Energy organizations in energy poverty countries have come out with projects which needs sustainable funding . Energy projects in Zimbabwe are  run under the theme, CLIMATE FINANCE FOR RENEWABLE ENERGY DEVELOPMENT. Some of them touched on the issue of diesel -50 and how countries can move towards the use of diesel 10 and the use of solar powered vehicles in the future. The issue of climate change brings in today gender dimensions which call the involvement of women in energy issues because they matter most when it comes to sourcing energy in both rural and urban communities.

African Countries Meet To Nip Piracy In The Bud

The World Wrestles Climate Change To Stay Below 1,5 Degrees Of Warming . 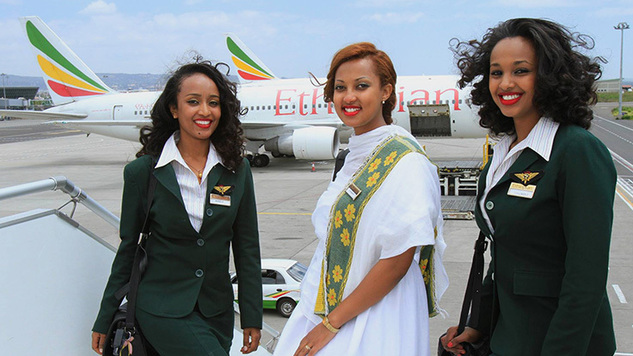 Battle of the Skies; it's dog-eat-dog out there, but some African airlines have raised their game 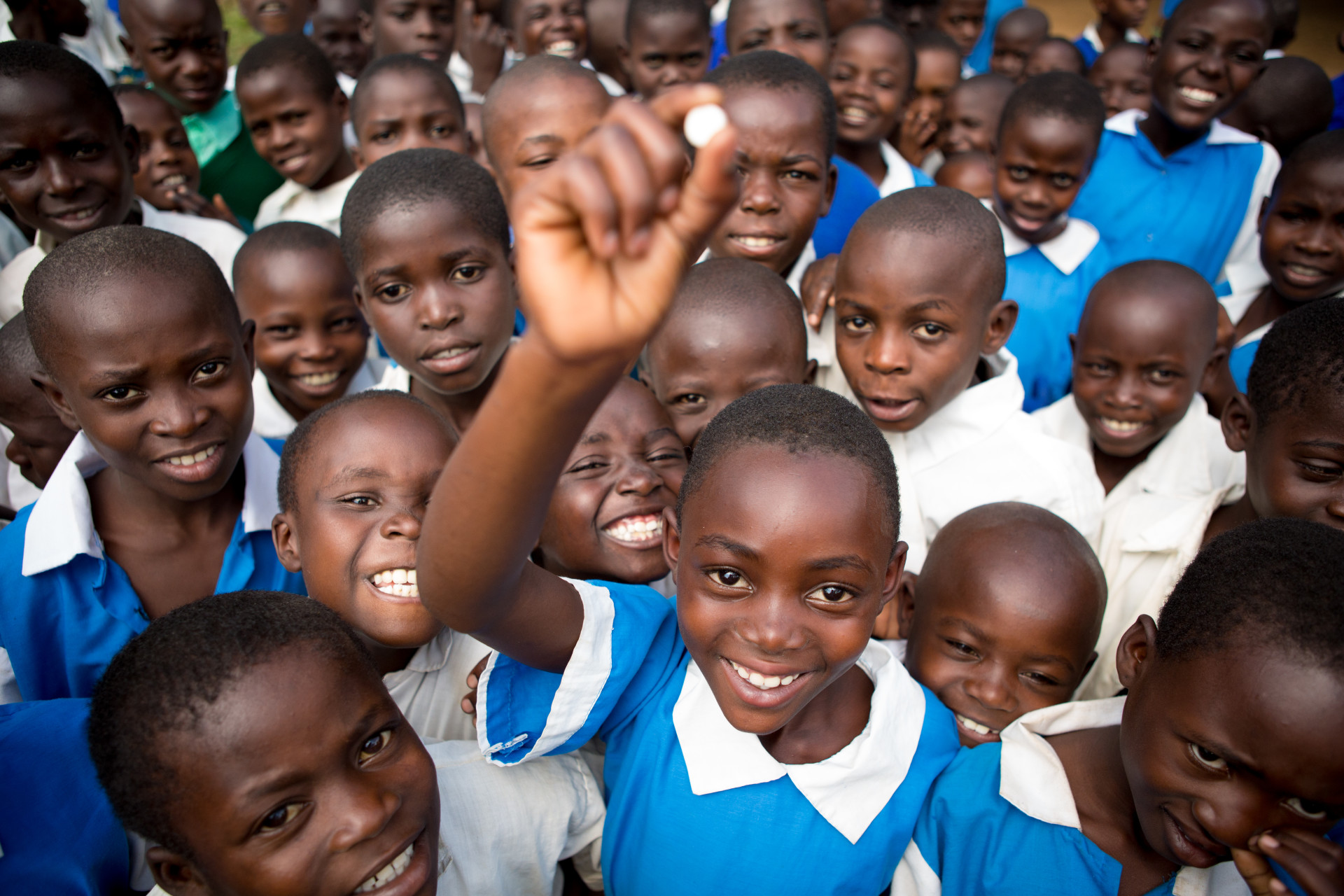