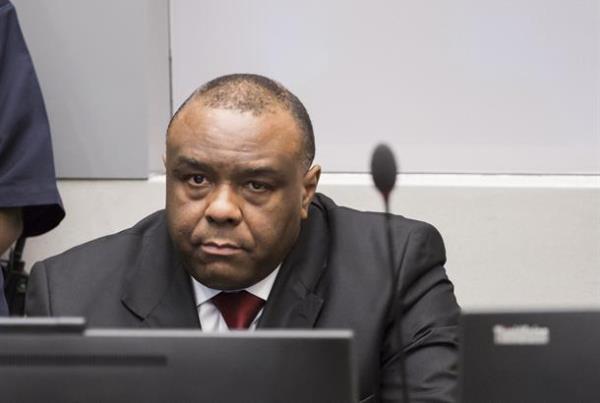 KINSHASA, Congo –  Congo’s government says it will give former Vice President Jean-Pierre Bemba, recently acquitted on appeal at the International Criminal Court of war crimes, a diplomatic passport to allow him to return to the country.

Bemba’s return likely would shake up Congo’s political landscape as the long-delayed presidential election approaches in December. He remains a senator in Congo, and the general secretary of his Movement for the Liberation of Congo opposition party has said he should participate in the party congress early next month.

A letter from Congo’s foreign affairs minister, Leonard She Okitundu, to the Senate speaker asks him to tell Bemba’s protocol officer to submit an application for a diplomatic passport to Congo’s embassy in Brussels. A copy of the letter was seen by The Associated Press.
ICC judges earlier this month ordered Bemba’s interim release, days after he was acquitted on appeal of war crimes and crimes against humanity. His 18-year sentence was overturned.

Bemba had been found guilty in 2016 as a military commander of crimes against humanity and war crimes for a campaign of murder, rape and pillaging by his MLC troops in Central African Republic in 2002 and 2003.

The reversal on appeal delivered a serious setback to ICC prosecutors by scrapping all the convictions in the court’s first trial to focus largely on sexual violence and on command responsibility — the legal principle that a commanding officer can be held responsible for crimes committed by his or her troops or for failing to prevent or punish the crimes.

Bemba is still is awaiting a final sentencing at the ICC in another case in which he was convicted of interfering with witnesses. A hearing is set for July 4.

Congo is under pressure to ensure a fair election in December amid concerns that President Joseph Kabila, in office since 2001, will try to run again or hold on to power. He has remained after his mandate ended in late 2016, with officials blaming the delay in part on the difficulties of preparing for an election in the vast nation of more than 40 million registered voters.

While Kabila cannot legally stand for a third term, opposition parties worry that he will anyway. Already the election delays have been met with deadly protests.

The United States is among a number of Western countries that have expressed concern.