HARARE, Zimbabwe — Zimbabwe’s new president is rolling out freedoms as never seen before in the country recovering from the 37-year grip of former leader Robert Mugabe.

For some, however, President Emmerson Mnangagwa is going too far. Others accuse him of mere window-dressing ahead of July’s historic election.

Signs of change are clear. Late last month, a popular musician returned from exile in the United States to perform protest songs in front of tens of thousands of people on the outskirts of the capital, Harare. Days later, an annual arts festival in Harare was allowed to invite as its headline act a South African band once banned for a video seen as mocking Mugabe.

Mnangagwa promised democratic reforms when he took over in November after Mugabe resigned under pressure from the military, ruling party and the public. Many have been closely watching Mugabe’s former deputy ever since for proof that he means it.

Arrests of political activists and opposition officials, once routine during Mugabe’s rule, have significantly slowed. The opposition has been holding campaign rallies without interference, unlike in the past. Freedom of speech is remarkably improved, with Zimbabweans openly criticizing the government without fear of retribution, especially in urban areas. In rural areas, non-governmental groups say they are still recording some cases of intimidation such as village heads demanding people’s voter registration details.

And on Wednesday, Mnangagwa publicly criticized his own ruling party for using police officers as polling agents during its internal elections, a first in a country long used to Mugabe’s sharp-tongued defense of deploying security agents to conduct party business.

Mnangagwa has received widespread support for that and similar gestures.

But the new president, whose administration has popularized the term “Zimbabwe is open for business” after years of international sanctions over human rights abuses, also has touched a nerve in the largely conservative country with certain decisions.

His government has legalized marijuana farming for medicinal and scientific purposes. It allowed commercial sex workers to exhibit at the Zimbabwe International Trade Fair, an event officially opened by Mnangagwa himself, as a way to educate the public about their work and safe sexual practices.

On social media, on the streets and in political corridors, some criticize the president for taking his liberalization agenda too far.

“The government is setting us booby traps that will end up ruining our families. The government wants to spoil our youngsters,” said former vice president and now opposition leader Joice Mujuru.

Others support the president, citing the economic benefits of commercial sex work and marijuana farming in the once-prosperous country whose economy collapsed under Mugabe.

“We have sexual rights groups exhibiting at ZITF. Some are saying it’s prostitutes galore, we are having (marijuana) being liberalized, but more important it’s a very open and free political space. Take the good with the bad,” Mangwana said.

Sex work is common but socially reviled in Zimbabwe and is banned by law, although the Constitutional Court in 2015 ruled that the practice of arresting women just for soliciting sex is illegal.

By legalizing marijuana farming, Zimbabwe has become the rare African country to do so.

Kizito Chisanza, who sells secondhand clothes in the capital, said he hopes it is the first step toward legalizing recreational use.

Such talk likely would have scandalized Mugabe, who was openly disdainful of the drug. During his rule, Parliament members who advocated for its legalization were openly jeered.

Some early critics of Mnangagwa say they are skeptical of his government’s commitment to reform. They cite incidents such as the banning of some civil society protests by police, the use of dogs and water cannon to put down student protests, slow-paced electoral reforms and the failure to solve the case of Itai Dzamara, an activist abducted in 2015 who remains missing. He is widely seen as a symbol of resistance to Mugabe and abuses committed under his rule.

“Mnangagwa is going for populism. The substantive issues remain untouched. The economy is in bad shape and genuine political reforms are still a mirage,” said Phillip Pasirayi, director of the Center for Community Development in Zimbabwe, a non-governmental organization.

Such critics are “still tied to the past which is now beyond us,” information minister Simon Khaya-Moyo said at a public event on Thursday.

“There could still be a residual perception among some of our people that political change has been cosmetic,” Khaya-Moyo said. “Of course this is not true.” 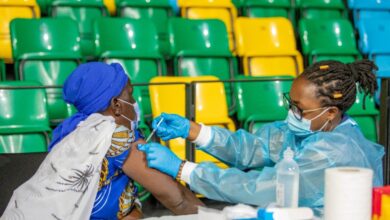 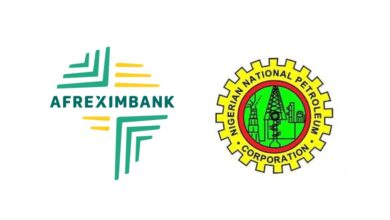