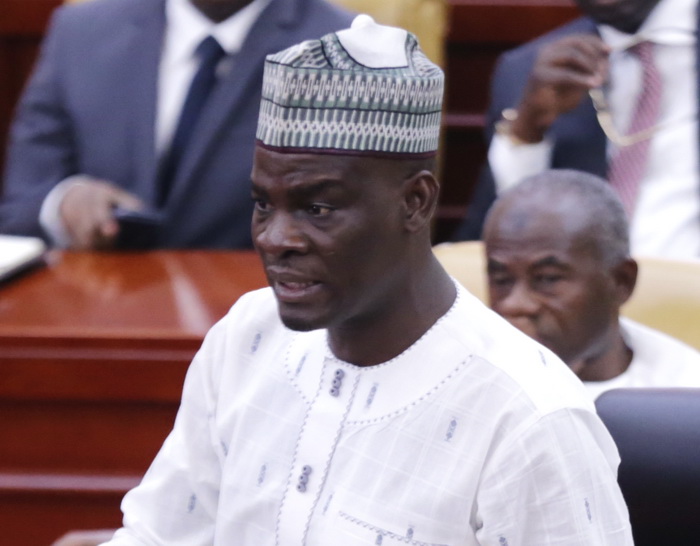 The Minority in Ghana’s Parliament is demanding immediate withdrawal of a directive to Metropolitan Municipal and District Assemblies (MMDAs) to use 80% of common fund allocation in financing central government programs.

The Government of Ghana last month issued a directive through the Administrator of the District Assembly Common Fund (DACF) to all the various MMDAs to deduct 40% of their share of the fund for the Ghana School Feeding Programme (GSFP), 20% to pay the salaries of Nation Builders Corps (NaBCo) employees and also 20% for the operations of Planting for Foods and Jobs programme.

The directives have received mixed reaction from the general public, local governance experts, Civil Society Organisations (CSOs) including former District Chief Executives and Members of Parliament (MPs) as well as some political parties.

The massive public outcry has compelled the second deputy Speaker of Parliament Alban Bagbin to summon the DACF Administrator Irene Naa Torshie to appear before the House in the company of the local government Minister Hajia Halima Mahama to explain the rationale behind the directive next week.

But even before the DACF’s administrator appears before the House, the Minority say the directive is crippling the running of the assemblies.

Hence, the government charged the deputy Ranking Member for Local Government Committee of Parliament Benjamin Kpodo at a press conference Tuesday to “immediately withdraw the said restrictive directives” to the MMDAs regarding the use of 80% of common fund allocation in financing central government programs.

He urged the government to explore and find other means of funding its flagship programmes and projects as directed by Parliament March this year.

It has become “notorious” for government to “run to the DACF to prey on its resources whenever it needs money anything extra budget,” advising the government to desist from any further actions that seek to deprive the assemblies of lawful funds due them for implementation of their local developmental agenda.