The Committee, which is composed of 18 independent experts, monitors how States that have ratified the Convention on the Rights of the Child (CRC) are complying with their obligations

GENEVA, Switzerland, May 11, 2018,-/African Media Agency (AMA)/- The UN Committee on the Rights of the Child will meet in Geneva from May 14 to June 1, 2018 to review children’s rights in the following countries: Argentina, Angola, Algeria, Montenegro, Russian Federation, Lesotho and Norway.
The Committee, which is composed of 18 independent experts, monitors how States that have ratified the Convention on the Rights of the Child (CRC) are complying with their obligations; Argentina, Angola, Montenegro, Lesotho and Norway will be reviewed under that Convention. The Committee will also review the adherence of Angola and of the Russian Federation to the Optional Protocol on the sale of children, child prostitution and child pornography (OPSC). It will further review the adherence of Angola and Algeria to the Optional Protocol on the involvement of children in armed conflict (OPAC).

The sessions will be held in the ground floor conference room of Palais Wilson in Geneva.

States that are party to the Convention and/or its first two Optional Protocols must submit regular written reports to the Committee. During the meetings in Geneva, Committee members hold question and answer sessions with the respective government delegations. The Committee bases its evaluation on the State party’s report and written replies to the CRC list of issues, the delegation’s replies and also on information from other UN bodies and NGOs.

The CRC will publish its findings, known as concluding observations on Wednesday, June 6 2018. A news conference to present the findings is scheduled for 12:30 the same day in Press Room 1 at the Palais des Nations in Geneva. 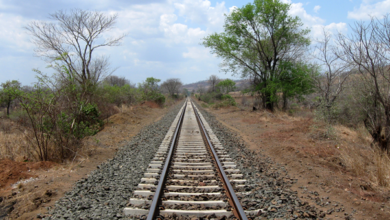 Malawi cancels railway contract with Mozambique due to fears of corruption