ROME, Italy, May 31, 2018,-/African Media Agency (AMA)/- Sweden, through the United Nations’ Food and Agriculture Organization (FAO), will support drought-stricken farmers and herders in the Sahel, with a focus on Burkina Faso and Mali. Channelled through the Swedish International Development Cooperation (SIDA), the $9.9 million contribution comes in response to FAO’s appeal for the Sahel as more than 4 million people in the region face increasing hardships following dry spells in 2017 that decimated farmers’ crops and livestock.

Burkina Faso and Mali are two of the six Sahel countries that are the hardest hit, with the two countries having a combined total of more than one million people struggling to have enough food over the coming months.

“This contribution will bring livelihood support to families when they need it most. This is the time families’ granaries are emptying fast and herders are in desperate search for fodder,” said Dominique Burgeon, FAO’s Director of Emergencies and Resilience Strategic Programme Leader.

“What sets this contribution apart is that it will enable us to support vulnerable communities over the next two years so that they can get back on their feet and build their capacities to cope better with future shocks. FAO also welcomes Sweden’s larger support to communities in the Sahel region in this time of rising needs,” added Burgeon.

In Burkina Faso, the SIDA contribution will enable FAO to provide unconditional cash transfers, reaching around 60,000 people, to cover food and other urgent needs during the lean season (May-August). In addition, more than 24,000 people will receive cash transfers in exchange for work, rehabilitating water points, degraded land and roads.

Both groups will receive support to revive their livelihoods. This includes seeds and tools to grow cereal and vegetables, and plant trees such as moringa and baobab that can support their nutritional needs.
Herders will receive fodder and animals (sheep, goats, poultry or pigs) to replenish their livestock amidst fears that livestock mortality could increase from 2 to 8 percent this year.

In Mali, up to 24 000 people will benefit from the rehabilitation of small scale irrigation infrastructure for agriculture, recovery of pastures and boreholes for livestock use, cross-cutting nutrition education and social protection activities (productive transfers).

Communities across six countries – Burkina Faso, Chad, Mali, Mauritania, Niger and Senegal - are struggling to cope following last year’s drought. Coupled with high food prices, conflict and disrupted markets, it has led to the worst lean season in the Sahel in four years.

Herders have been particularly affected as many grazing areas have dried up, leaving little or no food for their animals.

This can have drastic consequences on people’ health and nutrition. It can also lead to increased conflicts and can intensify risks of transboundary epidemics as herders move their animals to new areas and compete for scarce pastures.

More than 4 million people, including 3 million pastoralists and agropastoralists, in the six countries need urgent food assistance. There are fears that this could rise to nearly 7 million people in the coming weeks.

FAO is working closely with UNICEF and the World Food Programme (WFP) to respond to the Sahel communities’ immediate needs as well address longer-term structural challenges.

FAO is also working to strengthen the resilience of nearly half a million herders over the long term.
SIDA is a key partner for FAO’s resilience programme in the Sahel, and also globally. SIDA’s contributions are mostly provided over a multi-year time span to give sufficient time to build resilience of the affected population.

Statement by Spokesperson Clayton M. Mccleskey on the Elimination of Trachoma in Ghana and Nepal 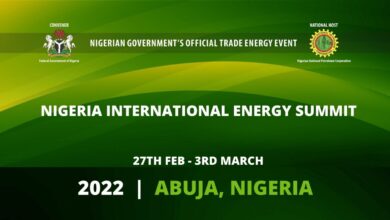