NORTH DARFUR, Sudan, May 23, 2018,-/African Media Agency (AMA)/- On 21 May 2018, the case against Musa Hilal and six co-accused continued for its third hearing before a military court set up at the Military Intelligence headquarters in Khartoum. According to reliable information received, Musa Hilal and his co-accused have been charged with crimes under articles 50 (undermining the constitutional system) and 130 (murder) of the Sudanese Criminal Act, 1991, crimes that carry the death penalty.

The African Centre for Justice and Peace Studies (ACJPS) documented the arrest and incommunicado detention of at least 290 officers from the Border Guard Forces during a Government-led campaign intended to disarm and collect firearms from civilians in Darfur, from August to December 2017. During this campaign, officers from the Rapid Support Forces arrested Mr. Musa Hilal, leader of the Border Guard Forces and former Janjaweed leader, from Misterriha in North Darfur state.

The mass arrests and detention of officers from the Border Guard Forces as well as ongoing prosecution of Musa Hilal and a few of his officers appear to be aimed at silencing Hilal and suppressing further confrontation between Hilal and the regime. It also appears that the ongoing prosecution of Hilal is in relation to violation of the disarmament campaign and will not investigate his or his troops’ involvement in atrocities in Darfur.

Hilal, a renowned leader of the Janjaweed, a Government aided militia, fought against armed groups from the African tribes during the conflict in Darfur. The Janjaweed were implicated in mass atrocities including war crimes and crimes against humanity that occurred during the conflict. Instead of disbanding the Janjaweed and holding them responsible for serious human rights violations and international crimes in Darfur, the Government incorporated the Janjaweed forces under the Sudan Armed Forces as a newly created unit called the Border Guard Forces. Hilal was made a member of the ruling National Congress Party (NCP) and later appointed as a Special Advisor to the Ministry of Governance. However Hilal soon grew dissatisfied with the way the regime handled his political ambitions. In 2014, Hilal set up his own political body, the Awakening (El Sahaw) Revolutionary Council, which he used to advance his political interests and control in Darfur.

The disarmament campaign took place under the on-going state of emergency in force in the five states of Darfur. The legal framework for emergencies as set out in the Emergency and Protection of Public Safety Act of 1997, read together with the Emergency and Public Safety Bylaw of 1998, permits preventive arrest and detention on vague grounds. The 1998 Bylaw provides neither time limits for this type of detention, nor judicial oversight, and therefore authorises prolonged if not indefinite detention.

During his fifth visit to Sudan as an UN Independent Expert on Sudan, Mr. Aristide Nononsi noted with concern the lack of due process and fair trial standards for those detained under the Emergency Law. He called on Sudan to repeal the Emergency Laws.

The Sudan Armed Forces Act provides for military detention of an officer for up to 15 or 30 days depending on the ranks of an officer. The detention can then be renewed for up to 5 months without judicial oversight. The Act does not provide for rights of the detainee such as the right to be informed of reasons of arrest and criminal charges, the right to be brought promptly before a judge or other person authorized by law, right to challenge lawfulness of detention; right to release pending investigation; freedom from torture and other inhuman treatment; right of habeas corpus; right to silence and freedom from self-incrimination and right to prompt access to a lawyer.

ACJPS was able to confirm the locations and dates of arrest for some of the Border Guard Forces officers however places of detention remain unknown. The arrests were carried out in various states in Darfur by the Rapid Support Forces and an arrest in Khartoum by the National Intelligence and Security Services (NISS) of Khartoum. The continued incommunicado detention in unknown locations raises safety concerns and places the detainees at risk of torture and/or ill-treatment.

On 3 May 2018, Mr. Ali Ahmed Salim, Sudan’s State Minister for Defence made an announcement stating that Mr. Musa Hilal would be brought before a military court in Khartoum for trial on 13 May 2018. ACJPS was able to confirm that Mr. Hilal, his three sons, Mr. Hafiz Daoud, Mr. Adam Ramdan and Mr. Haroun Mahmoud Um Medikhier have been charged with articles 50 ( undermining the constitutional system) and 130 (murder) of the Sudanese Criminal Act 1991. The defence team is composed of nine lawyers led by a retired army officer holding the rank of General.

The Government of Sudan has an obligation to ensure that the military trial respects the fair trial standards enunciated in the Interim National Constitution, 2005 as well as international human rights treaties to which Sudan is a party too.

ACJPS urges the Government of Sudan:

*To make known the whereabouts of the officers of Border Guard Forces in custody, grant them access to their families and lawyers and required medical assistance.
*To ensure that those in custody are made aware of charges against them and promptly brought before an independent and impartial court to stand trial. Persons in custody should be afforded legal representation and an opportunity to challenge the legality of their detention.
*To ensure the physical safety and integrity of those in custody and adherence to the prohibition against torture and ill-treatment for those in custody.

*To ensure that both parties appearing before the military tribunal have equal rights before the tribunal and that the accused persons have access to legal representation and right to an adequate defence.
*To international and regional partners, ACJPS urges that:

Foreign missions and representatives of the AU, EU, UN and Arab League present in Khartoum monitor on-going military proceedings and urge the Government of Sudan to respect fair trial standards as guaranteed in international human rights treaties that Sudan is a party to.

Foreign missions and representatives of the AU, EU, UN and Arab League present in Khartoum should urge the Government of Sudan to set up an independent investigation into the involvement of Musa Hilal and forces under his command in the atrocities against civilians committed in Darfur as both Janjaweed militias and Border Guard Forces intended to bring about justice and accountability.

Following the incorporation of Janjaweed milias into a regular force under the Sudan Armed Forces, it became nearly impossible to have Musa Hilal or his troops tried for atrocities committed during the conflict. The Sudan Armed Forces Act, 2007 states that “no proceedings shall be taken against any officer, or soldier, who commits an act, which constitutes an offence […] thereof and he/she shall not be tried save upon permission issued by the President of the public or whoever he may authorize.” Protections afforded under this provision extend to the Border Guard Forces which operate under the command of the Sudan Armed Forces. The presence of these immunities have curtailed effective investigation and prosecutions for serious human rights violations and fostered a climate of impunity for perpetrators.

No effective justice and accountability mechanisms for serious violations of human rights and humanitarian law in conflict zones exist and government authorities continue to commit abuses with impunity. There has been no justice for the thousands of victims of the conflict in Darfur. In its August 2015 report on Darfur the Office of the High Commission on Human Rights (OHCHR) found that Sudan’s criminal justice system has failed to have a meaningful impact in combatting impunity and strengthening accountability in that region.

The Government of Sudan has an obligation to ensure that those suspected of being responsible for serious human rights violations and international crimes in Darfur, are investigated and prosecuted without delay before independent and impartial courts. ACJPS urges the Government of Sudan:

*Ensure that those suspected of being responsible for serious human rights violations and international crimes in Darfur are investigated and prosecuted without delay before independent and impartial courts, without resort to the death penalty.
*Afford victims the opportunity to participate in such an independent investigation and provide witness protection measures. Further ensure that victims of serious human rights violations receive reparation measures.
*Repeal all provisions that grant immunity from prosecution for state officials including the police, the National Intelligence and Security Services (NISS), the armed forces, and the Rapid Support Forces, and subject officials to the jurisdiction of ordinary courts.

The Border Guard Forces, formerly part of the Janjaweed militias that were responsible for a number of atrocities during the conflict in Darfur, were incorporated into the Sudan Armed Forces (SAF) and granted military status. As a unit under the SAF, they are entitled to immunities against prosecution in accordance with section 34 of the Sudan Armed Forces Act 2007. Lifting of these immunities would require permission from the President or a duly authorized representative.

On 8 August 2017, Mr. Hassabo Mohamed Abdulrahman, the Vice President announced the issuance of Presidential Decree No 419/2017 that authorized the collection of illegal weapons and legalization of cars crossing into Sudan from neighboring countries. The decree called for the collection of weapons from civilians and ill-regular forces but exempted the Rapid Support Forces, another paramilitary forces that was formerly part of the Janjaweed militias and later incorporated as a regular force under the NISS and later under the command of SAF.

In response to the announcement of the weapon collection exercise, a representative from Mr. Hilal’s team made a statement rejecting the exercise, stating that the campaign was specifically targeted at Musa Hilal and his followers. It is reported that Musa Hilal was gaining more authority and becoming more independent from the Central Government making it difficult to control him and his troops. It is also reported that he had gained extensive control of the gold-rich Jebel Marra area making it even more difficult regulate gold mining activities. There were talks about integrating the Border Guard Forces into the Rapid Support Forces but this move was rejected by Musa Hilal and his group. 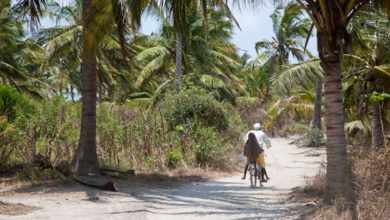 Mozambique: Number of terrorists killed in Matemo rises to more than 20