The Secretary-General offers his deepest condolences to the family of the bereaved, as well as to the Government of Mauritania

NEW YORK, United States of America, May 18, 2018,-/African Media Agency (AMA)/- The Secretary-General condemns the attack on 17 May by presumed anti-Balaka elements on a United Nations Multidimensional Integrated Stabilization Mission in the Central African Republic (MINUSCA) escorted convoy in the southeast of the country. The attack resulted in the killing of a peacekeeper from Mauritania and the wounding of eight others.
The Secretary-General offers his deepest condolences to the family of the bereaved, as well as to the Government of Mauritania. He wishes a swift recovery to the injured.

The Secretary-General recalls that attacks against United Nations peacekeepers may constitute a war crime and calls on the Central African Republic authorities to investigate them and swiftly bring those responsible to justice.

The Secretary-General reiterates the determination of MINUSCA to protect civilians and contribute to the stabilization of the Central African Republic. 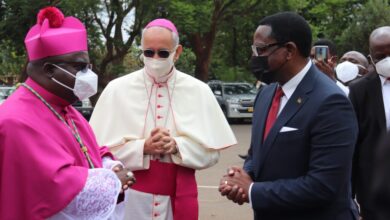