Juba – The South Sudanese peace talks aimed at ending the ongoing fifth years civil war have ended without a deal signed by the warring parties in Addis Ababa today.

A new round of IGAD-led revitalization peace talks in Addis Ababa, which began last week, was seen as the last chance to bring about peace in war-torn South Sudan.

But despite some signs of progress, the negotiations were deadlocked and called off this afternoon after the parties had rejected the power sharing proposal deal present by the East Africa regional bloc.

After, the delegates from the parties spent five days in intense negotiations in the Ethiopian capital, but had been unable to reach a consensus, which prompted the IGAD proposal.

Each party has deliberated on it before they all report back to the IGAD on Wednesday’s afternoon, but both the parties rejects it, argued that the IGAD’s proposal isn’t reflected their views.

All provisions of transitional security arrangements in the IGAD draft proposal have been rejected by all the parties to the co-mediators.

“The objectives of the HLRF do not talk of renegotiating the ARCISS on new basis. Therefore, there is no need for identification of new political actors because this can affect the meaning and composition of the Transitional Government of National Unity (TGONU),” TGONU delegates said in response statement to the IGAD’s mediators.

Mabior Garang, the SPLM/A-IO chairperson for information and public relation, says the IGAD proposal has not reflected the view they submitted earlier.

Some of the issues the SPLM/A-IO reject include power-sharing ration and legitimacy of the government.

Dr. Machar’s delegates argued that the IGAD draft proposal maintains the status quo in South Sudan, as it is giving more powers and larger percentage to the current government in Juba.

Machar’s teams said that they proposed that the country should adopt a federal system but the IGAD’s proposal ignored it and supported the government position.

They said the IGAD’s proposal has maintains the current 32 states, something they says it is a clear violation of the 2015 peace agreement and the 2011 constitution.

The SPLM –IO said they had demanded for formation of a lean government based on federalism, but the IGAD proposal intends to absorb the opposition only, which they says it is not acceptable.

Meanwhile, the South Sudan Opposition Alliances (SSOA) argued that the proposal completely ignores its’ position and cannot therefore claim to be “middle ground between the different negotiating positions”.

According to SSOA, IGAD’s proposal does not reflect inclusivity in terms of responsibility sharing at all levels.

“It is rewarding the government for having violated the IGAD brokered ARCSS, 2015 and plunged the country into a devastating civil war with heavy humanitarian catastrophe and destruction of property,” SSOA said.

The SSOA added that the latest IGAD’s proposal fails to address the issues of accountability.

On Tuesday, Government and opposition representatives, activists and observers Tuesday signed a document that recommits them to talks about governance issues, including implementing 35 percent affirmative action for women at all levels of government, acknowledging the need for all guns to fall silent, and respecting the cessation of hostilities agreement signed last December.

The failure of the parties to reach a deal after several months of negotiations has been seen this week as a major disappointment by many South Sudanese and international observers.

“We have heard the deep yearning for peace by all the people of South Sudan, which was so eloquently expressed in the voices of the representatives of the refugees here at the forum. We cannot and should not turn a deaf ear to these ever widening cries and pleas for peace,”JMEC Chief of Staff, Ambassador Berhanu KForum, during the official closing ceremony of the Forum.

He urged leaders to invest your energies to make the best use of your resources for the good of all the people of South Sudan.

“Time is no longer on your side and therefore you must not grow weary in your pursuits. At this point in time nothing is more important to the citizens of South Sudan than the realization of a lasting and comprehensive peace,” he said

The Continuation of Phase II of the Forum opened last Thursday May 17, 2018 and lasted for six days, but IGAD is yet announce a day for talks 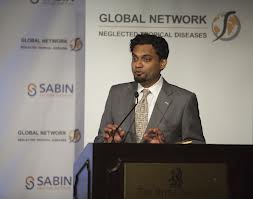