This comes after several incidents involving the abduction of aid workers in the former Western Equatoria region and Yei River State, latest incident took place last week, in which eight aid workers were abducted in Yangiri area in Tombura respectively.

According to the constitution, SPLA is mandated to protect and provide security for the civil population in the country.

While addressing journalists, this week, Army spokesperson Brigadier General Lul Ruai Koang said the government was ready give protection to the humanitarian agencies in areas under its control.

“That should have been the responsibility of UNMISS where our services are not needed. They are not doing anything to protect civilians especially the humanitarian workers …..some of these organizations are contracted or they are sub-contracted, implementing UN projects either for UNMISS of for any organizations. But they leave their sub-contarcts vulnerables,” Lul said.

Lul argued that the peacekeepers are of only concentrating their patrol in the city.

However, he says, aid workers don’t ask for escort because they fear their neutrality in the conflict could be questioned.

“Some of these organizations are contracted or they are sub-contracted, implementing UN projects either for UNMISS or for any organizations. But they leave their sub-contractors vulnerable,” Brigadier Lul said. “And the agreement says that…where you have no control, it is that authority with control in that place that is entrusted or would be entrusted with protection of whoever will be operating there,” he further added.

The Regional Protection Force or RPF – which is under the peacekeeping mission in South Sudan – is mandated to provide protection to key facilitate in Juba and the main routes into and out of the city.

They were also mandated to facilitate the delivery of humanitarian assistance and use all means to prevent attacks from any armed groups.

It will also to strengthen the security of UN protection of civilians’ sites and other UN promises.

In response, the UNMISS communication officer said the UNMISS provides peacekeeping support to humanitarian groups upon their request.

South Sudan plunged into war in December 2013, barely two years after independence from Sudan, after a disagreement between President Salva Kiir and his former deputy Riek Machar in the ruling party, deteriorated into a military confrontation.

Tens of thousands have been killed, including aid workers by the fighting between troops loyal to Kiir and forces loyal to Machar. The conflict has also left a quarter of the country’s population of 12 million either internally displaced or as refugees in neighbouring countries.

Of recently, talks in Ethiopia to revive South Sudan’s failed 2015 peace pact and end the country’s civil war broke up on Wednesday without a deal. 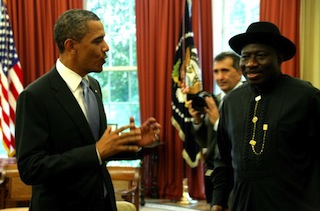 NIGERIAN STATEMENT, DELIVERED BY PRESIDENT JONATHAN AT THE US-AFRICA SUMMIT

SAP closes gap between sustainability and profitability with solutions for Africa