A group representing many white Afrikaners has gone to the US to lobby for the interests of white farmers.

New York City – A South African organisation that represents many white Afrikaners, has come under fire over their decision to travel to the United Statesto lobby for the interests of the Afrikaner community.

The group, Afriforum, who describe themselves as a civil rights group, but who have also calledapartheid a “so-called historical injustice”, are currently in the US to lobby government officials about the murders of white farmers and to warn investors about the ruling African National Congress (ANC) party’s proposed plan to expropriate land without compensation.

Max du Preez, a veteran journalist and author based in Cape Town, said the idea that a tiny lobby group like Afriforum made up of around 200,000 paid members, could attempt to pressure the US government into deciding how South Africa resolves its land issue, was ridiculous.

“It’s like an organisation from the US coming to [South African] President Cyril Ramaphosa and asking for help with [US President] Donald Trump’s gun control laws,” du Preez told Al Jazeera.

Since early May, Kallie Kriel and Ernst Roots, the CEO and deputy CEO of Afriforum respectively, have traveled across the US to meet think-tanks, policymakers and journalists.

Last week they met John Bolton, the national security adviser to the US president, staffers with Republican Senator Ted Cruz, and spent time on Tucker Carlson’s show on Fox News.

For many South Africans, the group’s decision to take this issue to the US government and caution foreign investors was outrageous enough; the decision to meet Bolton or Cruz, was ample confirmation that the group was a mouthpiece for racist Afrikaners.

“Their role is to create a panic, peddle in fear. They say the government is going to take away all farms. It is a fundamentally racist group of people,” du Preez said.

On social media, others berated the group for its meetings in the US. In a tweet, Adam Habib, Wits University vice-chancellor, said Afriforum’s “associations in the US prove what disgusting human beings you truly are”.

But Afriforum denies they had met with white supremacists in the US.

When pressed on who else the group had met on their visit, Roots wouldn’t say.

“I am unfortunately not at liberty to provide you with a list of people we spoke with, for reasons of confidentiality.”

The question of land

White South Africans, who make up 8.9 percent of the population, own 73 percent of agricultural land. The ANC-led government is regularly berated by civil society and opposition parties for its slow land reform policy.

The question of land, especially in a climate of heightened inequality, unemployment and poverty, has become highly politicised. President Ramaphosa calls the forced dispossession of land during colonialism as the “original sin” that must be resolved.

In December, the ANC announced that it would be seeking expropriation of land without compensation. But in order to give effect to this new policy, government would need to amend Section 25 of the constitution. As of now, it is unclear when the constitution will be changed, if at all.

Elmien du Plessis, an associate professor in law at the North-West University in South Africa, told Al Jazeera that the way in which Afriforum has framed the question of land is what has caused the outrage.

“It is a very precarious process, but the table has been opened and all parties invited, and the brief is fairly wide. This is an inclusive process, and the feeling is just that we as a country are trying to solve this process inclusively, while the perception is that Afriforum looks at their members’ interest in isolation, and in a way that excludes,” du Plessis said.

Roots says that the Afriforum “supports land restitution – correcting of injustices through a process of land claims, based on historical accuracy and compensation”, it had little confidence in the process currently being pursued by the government.

“The South African government has made it clear that they have no interest in considering the views of minority communities and that the current consultation process regarding the changing of the constitution to allow for expropriation of private property without compensation is merely window dressing,” Roots said.

The question of farm murders

In an interview with The New American, Roots said he was also in the US to highlight the “persecution of South Africa’s minorities.” He also accused the South African government of being “complicit in these attacks [on white farmers] through creating a political climate in which these attacks are romanticised”.

He also claimed the attacks on farmers were taking place on “a disproportionate level”.

During the same period, police statistics show that there were 74 farm murders.

According to Afriforum, the murder rate translates to 156 commercial farmers killed per 100,000 people.

Fact checking website Africheck says that given that it is not clear how many people live and work on farms, this estimate is fundamentally flawed.

Gareth Newham, head of the governance, crime and justice division at the Pretoria-based Institute for Security Studies, told Al Jazeera that some within the white farming community tend to think that they are specifically targeted and forget that crime is a national issue.

The move to court right-wing groups or individuals is not altogether new. A narrative of a “white genocide” has repeatedly made the rounds on social media over the past five years.

In 2016, Mike Cernovich, a renowned American white supremacist, tweeted that “white genocide is real” in South Africa. In March 2018, Peter Dutton, Australia’s minister of home affairs, recommended that “persecuted” South African farmers be given special visas to flee “horrific circumstances” in the country.

Though the idea has been debunked, the myth of “white genocide” continues to recirculate outside the country.

Afriforum does not use the term white genocide, but du Preez says the group is quite happy to have their members use the phrase or for them to exaggerate numbers if it helps garner support.

“It is dangerous to be a farmer [but] there is no genocide going on, there is no ethnic eradication going on. There is no political or racial targeting of white people in South Africa, whatsoever.

“[Black] people living in Khayelitsha or Elsies River are much more likely to die in [violent] attacks than farmers,” Preez said.

The problem, du Preez says, is that Afriforum has positioned itself as representing the Afrikaner people, who speak the Afrikaans language, in what he describes as irresponsible and objectionable.

“They have bullied their way into becoming the most dominant voice among Afrikaans people and there are many Afrikaners, like me, who don’t want them to speak for me,” du Preez said. 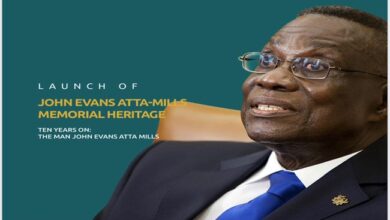 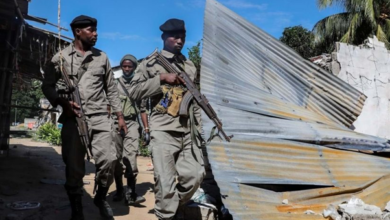