Today marks another historic day in the history of the University of Zululand and our country.

The conferment of the Honorary Doctorate in Social Work (Philantropy) to His Majesty King Goodwill Zwelithini ka Bhekuzulu, is a major recognition of the pioneering work that His Majesty is doing for the betterment of the lives of the people of KwaZulu-Natal and the entire South Africa.

It is thus a special privilege and honour for me to address you on this historic day that not only accords the highest academic honour to the recipient of the honorary doctorate, but also pays homage to the nature and magnitude of the work being recognised.

As is always the case, such conferment gets celebrated and the work being acknowledged, gains increased recognition.

Most importantly, because of the standing in society of the recipient, the great work being acknowledged, gains elevated attention.

Therefore, in essence when we celebrate the conferment of an honorary doctorate on His Majesty, we are recording in history books the social impact his work in changing the lives of the people.

On behalf of the President of the Republic, our government, the people of South Africa and all Africans at home and the Diaspora, we wish to extend a heartfelt congratulatory message to His Majesty for accepting this well-deserved honour.

We are united in applauding the leadership of the Bayede Foundation Trust and all the wise men and women who motivated to the University of Zululand for the conferment of this honorary degree.
And we are united in saluting the University of Zululand for its decision to recognise the outstanding humanitarian and developmental work that is at the centre of the work and leadership of His Majesty.

A special son of this province, Pixley ka Isaka Seme must have thought of a day like this when more than a century ago in his seminal work ‘The Regeneration of Africa’ said:

“The brighter day is rising upon Africa. Already I seem to see her chains dissolved; Her desert plains red with harvest;

“Her Abyssinia and her Zululand the seats of science and religion, reflecting the glory of the rising sun from the spires of their churches and universities,

“Her Congo and her Gambia whitened with commerce;

“Her crowded cities sending forth the hum of business;

“And all her sons employed in advancing the victories of peace—greater and more abiding than the spoils of war.

“Yes, the regeneration of Africa belongs to this new and powerful period!”

Indeed, the story of a rising Africa is being recorded on daily basis as our continent defies all negative sentiments attributed to our continent by Afro-pessimists.
At the heart of this renewal, lies the determination of men and women of courage, to stand for something that is worthy of pursuit in changing the course of history.

The regeneration that Seme was referring to, demands that we see ubukhosi and government not as antithetical to democratic project of forging nationhood and development, but rather as complimentary.

It requires that we pay attention to indigenous knowledge systems to innovate and navigate our way into a future that caters for us all.

The heroic acts of African Kings and Queens have remained ingrained in our minds for generations. More especially when talking of their acts of bravery and leadership during wars of resistance.

Equally we note that men and women whose deeds have changed lives, tend to be forgotten or marginalised to the periphery of history and memory, only to be praised when they have departed our world.

As government, we are pleased that we are recognising the good work of the King while he is with us.

Speaking during the 50th birthday of His Majesty in 1998, our founding President Nelson Mandela was unequivocal in his praise of the role played by this great man as his leader and peacemaker.

“Your Majesty, I am honoured to have a King like you. I am certain that this is the feeling of all South Africans.”

“Our king has been the most consistent voice and campaigner for peace and unity among his people. It is largely due to his ceaseless commitment to peace that relative stability and peace have come to the province of KwaZulu-Natal. Every day, Deputy President Mbeki and Inkosi Buthelezi are giving fresh meaning to the new South African patriotism. They bring hope of a stable, secure and bright future to all South Africans and the world.”

In celebrating the centenary of Mandela’s birth, we thank His Majesty for remaining seized with efforts aimed at promoting peace and unity of his nation.

These efforts are not only limited to forging unity of brotherhood and sisterhood here at home, but across the entire Africa.

How can we forget the gathering of African kinships in Durban in 2007 to discuss the Global Perspective on Indigenous Leadership seeking among others, to facilitate cohesion and make a call for a united front to fight social ills and negative effects of conflict in our Continent.

How can we forget His Majesty standing up and condemning xenophobic violence and declaring that such shameful acts cannot be done in his name.

In honouring our King, we are also paying a special tribute to the generation of brave African warriors who fell in different battles defending our unity and land against those who sought to dehumanise us through oppression and marginalisation.

S’thuli Sika Ndaba, in honouring you, we are honouring our ancestors who long before us, were at the forefront of building unity of our people across the divide of clans.

They forged nationhood and instilled in us the values of Ubuntu that promoted individual responsibility towards the success of the whole.

On a day like this, we can only see amakhosi uJama, uSenzangakhona, uMpande, uCetshwayo noDinizulu filled with pride that our nation has been touched with your work.

Only ignorant South Africans are oblivious of the extraordinary work performed by uHlanga loMhlabathi to improve the lives of our people.

Only those who deliberately close their eyes refuse to be witnesses of the progress driven by this great King.

Only those who close their ears cannot hear the testimonies of those whose lives have been changed for better by the works of His Majesty.

In His Majesty, we find an extraordinary South African torchbearer leading our nation and the people of KwaZulu-Natal to proscribe HIV and AIDS in the dustbin of history.

As the custodian and living embodiment of the culture and traditions of the mighty amaZulu nation, His Majesty was best placed to lead the campaign to get men in KwaZulu-Natal and hostels in Gauteng to circumcise to reduce the risk of spreading HIV.

Through him, we have come to value and appreciate indigenous ways and traditional wisdom to prevent unwanted teenage pregnancy, pre-mature sexual intercourse, and the spread of sexually transmitted infections.

As the guardian and sponsor of the ancient tradition of umkhosi womhlanga, we have seen many young girls in the province taking pride in remaining tintfombi nto, and abstaining from risky sexual relations until the right time.

His Majesty has led the fight against HIV and AIDS and as Chairperson of the South African National AIDS Council (SANAC), I join him in reiterating our call to all our traditional leaders to work with us in finding ways to end AIDS by 2030.

Together with ubuKhosi, we must intensify our efforts to encourage people to test, to protect themselves, and to abstain from risky sexual behaviour.

Together we must inform our people that HIV and TB are no longer death sentences. TB is curable and with ARV treatment, our people can live healthy and productive lives.

We must all join His Majesty in fighting stigma and discrimination of people who have contracted HIV or TB.

It is stigma that kills our people because it discourages sick people from seeking help or disclosing their disease.
Hlanga Lomhlabathi,

We applaud the Department of Education for asking you to be the patron of education in the province.

We recall that last year you slaughtered cows for principals and encouraged them to lead by example and improve the matric results.

We hope that our principals and teachers have not forgotten that, what will please you as a lasting gift for your 70th birthday, is for them to obtain a 100% pass rate.

As if the focus on education was not enough, you have relentlessly campaigned for heightened focus on agriculture to ensure food security.

We have heard your consistent call for agricultural revolution.

Your voice has almost been like those of biblical prophets who shouted in the wilderness, as you condemned having tracts of land lying fallow whilst those living on it, remain trapped in unemployment and poverty.

You never stop to call on both local and international business to invest in our country and this province in order to create employment.

Even as you do this, you are fully aware that development cannot fully happen where peace and stability is either absent, weak or found wanting.

To you, democracy, peace and development are inseparable.

You have warned all of us to end politically motivated violence as you see this as a poisonous seed that will destroy black people and deprive them of development.

You have also never stopped to condemn violence against the most vulnerable amongst us.

We know you will not get tired in finding ways to end violence against women, children, and the elderly.

We thank you for taking a stand against the cruel murders and treatment of people with albinism.

We have seen you demonstrating the power of restorative justice through your work at correctional centres. You have been encouraging offenders to get skills and to make amends with those they have harmed.

You are known here at home and abroad to be a champion for nature conservation, especially the fight against rhino poaching.

We will continue to pay attention to the ancient wisdom that you carry on how we can protect our environment, our indigenous plants, and how best to conserve water as precious resource.
Recently, when the Zulu royal family offered cattle for the funeral of umama Winnie Madikizela-Mandela, you reminded all of us of the importance of practically supporting those that are bereaved.

You did this during Madiba’s funeral, and you have also crossed borders to mourn on our behalf at our neighbouring countries.

Thank you for bringing honour and dignity to ubuKhosi by acting in ways that show great concern for the wellbeing of your people.

As we intensify the struggle to return the land to the people and to build an inclusive economy, we will continue to listen to you and to engage you on proposals that will benefit the nation that you hold dear in your heart.

Your Majesty, as this year marks your 70th birthday, a great feat in your family history, we join you and millions of your people in celebrating this milestone.

We truly consider ourselves fortunate to be in the company of the descendants of the mighty Zulu kings and warriors whose heroic acts of bravery, not only preserved this nation, but instilled pride to the black human race at home and the Diaspora.

To the University Senate and Council, this decision gives momentum to the continued pursuit of peace and development.

This conferment does not only recognise the pioneering work you do, but is a historic endorsement of what goodness of leadership and human spirit achieves, if aligned with the sole purpose of bettering the lives of ordinary people.

Once again, congratulations to you on this worthy recognition of your developmental work among our people. 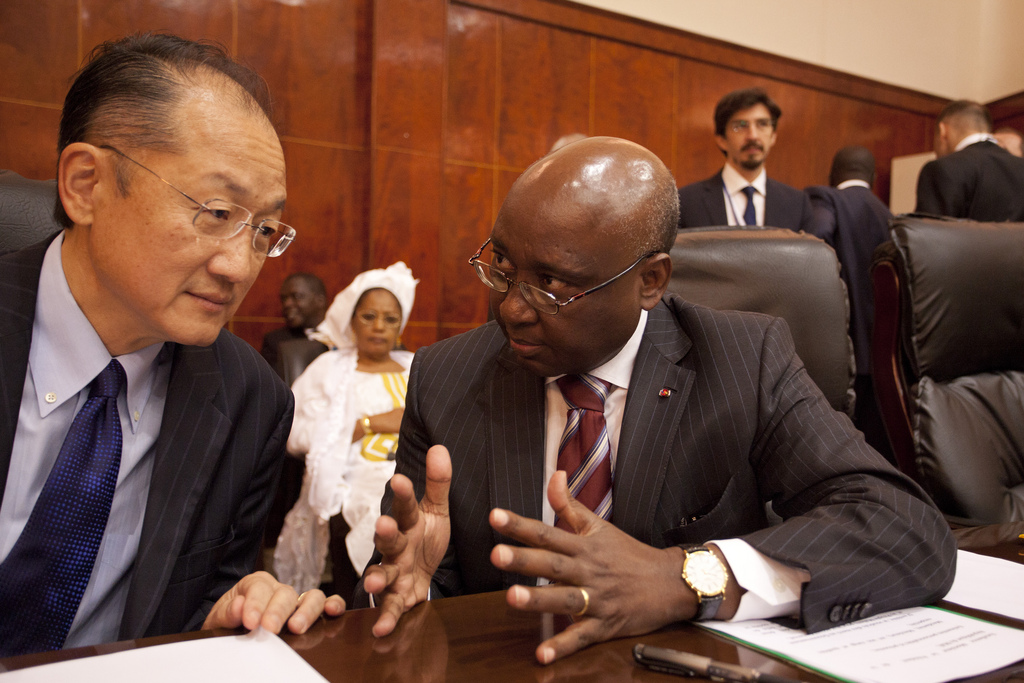 Presidents from around the world honour AfDB President 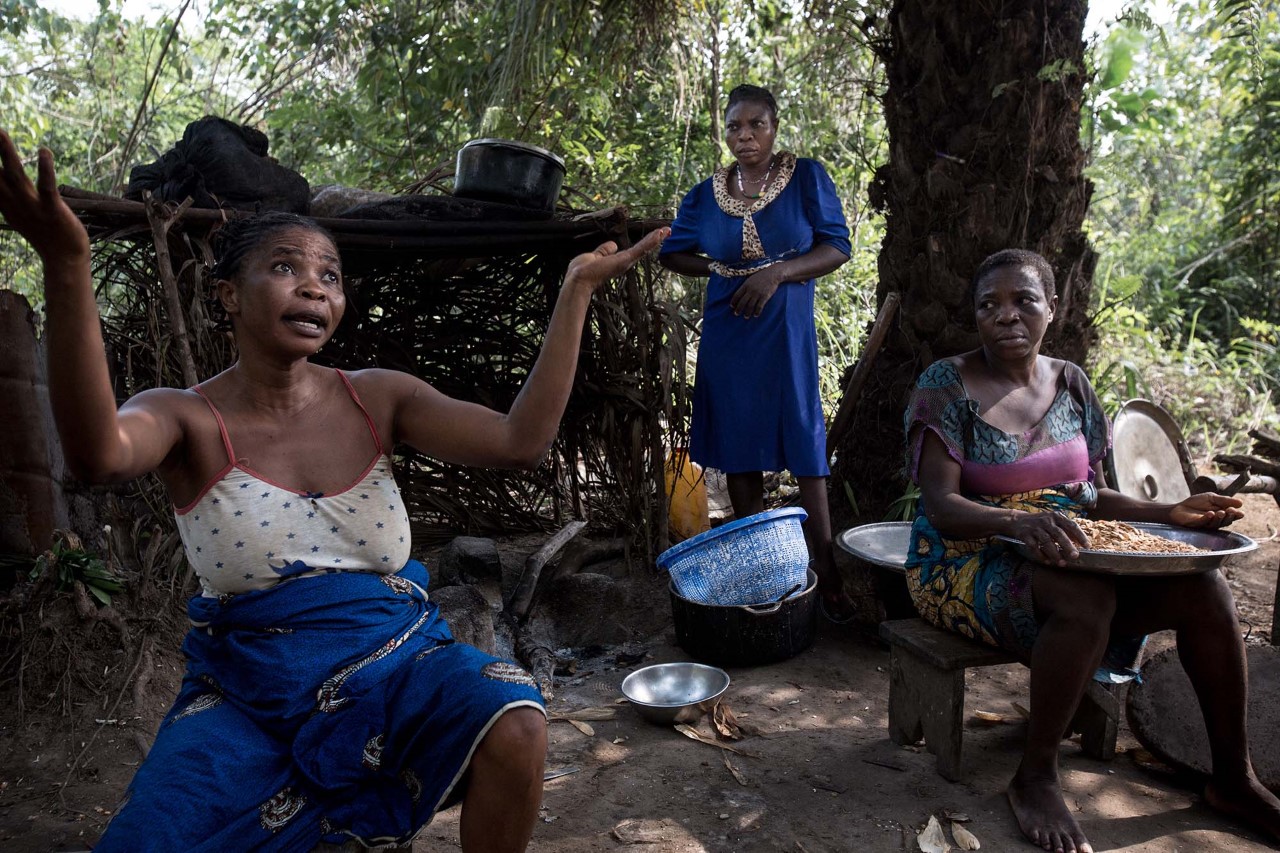 Cameroon: “There Is No End to Hostilities in Sight” – Canada House of Commons