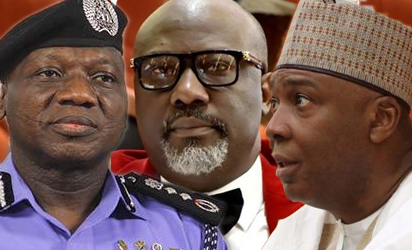 The Inspector-General of Police (IGP), Mr. Ibrahim Idris, refusal to appear before the Senate on the spate of killings across the country and the inhuman treatment allegedly meted out to Dino Melaye, the senator representing Kogi West in the National Assembly, the Senate, vote of no confidence on the IGP, declaring him unfit for any office. Stating the IGP’s continual refusal to appear before it portended grave danger to the country’s democracy, the Senate declared him persona non grata and resolved to notify the international community, embassies, the country’s international partners and Interpol of its decision.

In response, the IGP said, “It’s a deliberate blackmail, witch-hunt, unfortunate and mischievous.” He added that he had informed Senate President Bukola Saraki in a letter on Tuesday that he would not be honouring the Senate’s invitation, that the ‘attack’ on his person by the senators was a “deliberate blackmail, witch-hunting with a to hand-twist” him “to pervert the end of justice in a felonious and serious offenses (sic).”

The face-off between the IGP and the Senate would have been unthinkable only a few years ago. But, with the country’s gradual descent into anarchy, nothing seems to amaze Nigerians anymore. This is why a police chief, would lord himself over the Senate of the Federal Republic of Nigeria is not such a big surprise after all. Yet the point has to be stated that in carrying out its oversight functions, the National Assembly has the power to invite any public official to appear before it. There has been no law enacted as yet to nullify its oversight functions as enshrined in the constitution. That being the case, the IGP’s refusal to honour the Senate’s summons is an affront on the National Assembly. It is also an act of contempt for the constitution and the Nigerian people. Besides, even if he had cause to disagree with the Senate on any issue, he should have been very civil and circumspect in his utterances, particularly as they were directed at the highest lawmaking organ in the country.

It is saddening that, as pointed out by the Senate, the IGP flagrantly disobeyed the directive of President Muhammadu Buhari to relocate to Benue State following the horrendous killings on New Year day. As a matter of fact, Mr. Idris has issued a number of statements disclaiming the positions expressed by the Presidency on his disgraceful conduct. What is a man who treats the Presidency with contempt still doing in office? In the developed world over, no appointee of the executive has the luxury to choose which summons of the parliament to obey and which to ignore. Contempt of the parliament is a serious offence. When the Senate invites a public office-holder, it does not matter what he or she thinks would be the topic of discussion. The invitee can go to the parliament and refuse to speak on things that he or she feels would be prejudicial to comment on. But how can he or she cannot choose to discard parliamentary summons? By action, Idris clearly undermined democracy and, ultimately, even his own office. There is an office of the IGP because the National Assembly appropriates money to run the police.

The foregoing notwithstanding, the press release by the Senate showing the gory details of killings across the country is unnecessary. The Senate does not need to state its reasons for inviting any office-holder to appear before it. There is no way Nigeria’s democracy can advance when people have no regard for institutions. The IGP’s disregard for the Senate is a threat to democracy and he needs to be relieved of his duties before he does further damage. 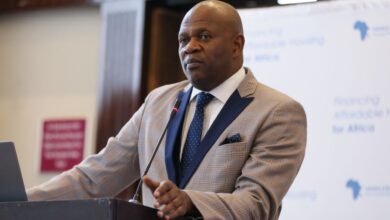 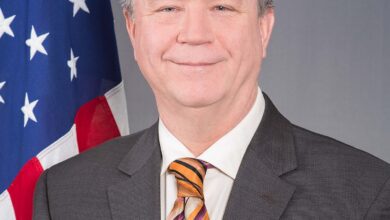