The theme for the Session, which takes place from today until 18 May, is: “Winning the Fight against Corruption: A Sustainable Path to Africa’s Transformation.”

CAPE TOWN, South Africa, May 8, 2018,-/AFrican Media Agency (AMA)/- Parliament’s delegation, sworn in at the Pan African Parliament (PAP) today, is looking forward to making a positive contribution to the advancement of the legislative sector on the continent.

The delegation, led by National Council of Provinces (NCOP) Chairperson Ms Thandi Modise, was among 71 new Members of the PAP who were sworn in at the opening ceremony of the sixth Ordinary Session of the PAP this morning, in Midrand.

“As the SA Parliament delegation, we are looking forward to continue adding value to the various committees and plenaries of the PAP so that we strengthen the PAP’s role in improving the quality of lives of the people in our continent,” said Ms Modise.

A key issue Ms Modise identified was to “continue to push for the PAP to have legislative powers”. The continent’s legislative body currently has no law-making powers.

The theme for the Session, which takes place from today until 18 May, is: “Winning the Fight against Corruption: A Sustainable Path to Africa’s Transformation.” Among other things, the Session will discuss the state of the African Union (AU), HIV/AIDS plans of action, the Report on the AU’s Year of Combating Corruption and the report on action on albinism in Africa.

The PAP has 255 members, representing 55 AU Member States that have ratified Article 4 (2) of the Protocol to the Treaty Establishing the African Economic Community relating to the PAP. This states that each State shall be represented by five members, of whom at least one should be a woman.

Parliament nominated them to serve on the PAP in October last year. 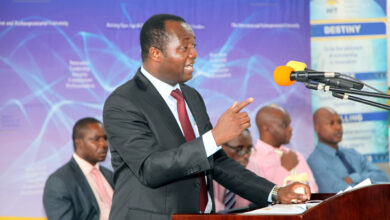