Nigerian youths across all ethnic divides have commended the Senate President, Dr. Abubakar Bukola Saraki for his patriotic roles in the passage of the “Not too young to run” bill.

The bill that was given assent by President Muhammadu Buhari on Thursday had been passed by the National Assembly last year which altered Sections 65, 106, 131, 177 of the nation’s constitution. The law has now reduced the age requirement for the offices of President from 40 to 30 and governor from 35 to 30. While the age requirements for the senate has been reduced from 35 to 30, House of Representatives from 30 to 25 and State House of Assembly from 30 to 25 respectively.

The Senate President was particularly appreciated for his role in the bill passage at a meeting with the Youth Initiative for Advocacy, Growth and Advancement (YIAGA) led by the Founder, Samson Itodo and Faruk Ibrahim, the National Coordinator.

In a speech delivered on behalf of Dr. Saraki by his Special Assistant on New Media, Olu Onemola, he assured that the passage and assent to the ‘Not Too Young To Run’ bill would be the first phase in the journey for the inclusion of more youths in the nation’s politics.

The Senate President also encouraged youths to champion the advocacy for free and fair elections in 2019. He further encouraged them to step up the advocacy by ensuring that more young people collect their permanent voters cards.

According to Bukola Saraki,

“Not Too Young to Run’ has just finished phase one. Phase two is ensuring that you have a lot of young people that have PVCs and letting everyone know that you have PVCs so that all the political parties will pay attention that you have the numbers.

My advice for all young people is that, this is not a short race, it is a marathon”.

In appreciation of Saraki by Samson Itodo, he said, “Let me congratulate you on the campaign that helped in the passage of the bill in the National and State Houses of Assembly. What you have done has become a reference point across the continent”.

Also appreciating the entire members of the 8th Assembly, the founder of YIAGA, Samson Itodo commended Saraki, the Senate and the National Assembly for passage of the Bill.

“We want to convey our appreciation to you and the other 108 members of the Senate that we are pleased with this development. You and your counterparts in the House of Representatives have written your names in gold,” Itodo said.

Youthful and flourishing legal practitioner who was former National Secretary of Labour Party, Barr.Kayode Ajulo also sang the praises of the Senate President for his relentless efforts in ensuring the speedy passage of the ‘Not Too Young To Run’ bill. He reiterated that the nation’s youth owe Bukola Saraki a debt of eternal gratitude for rising above all odds to ensure that a constitutional space is yielded to them.

South Sudan: Thousands of men, women and children caught between the frontlines are unable to reach essential food, water and healthcare 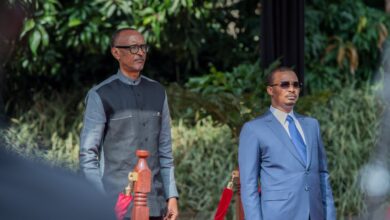