NAIROBI, Kenya, May 9, 2018,-/African Media Agency (AMA)/- East African nations can harness their trade policies to help empower women economically in the region, thanks to improvements in education, employment and other key areas, according to new research released by the United Nations and funded by The Netherlands through TradeMark East Africa.

UNCTAD also released an advocacy document entitled Advocating for gender-sensitive trade policymaking in the East African Community, which makes concrete recommendations to better guide trade policies to the benefit of women across the bloc, based on the findings of the report.

Embedded with specific objectives and monitoring indicators, UNCTAD’s recommendations target eight areas: besides education and employment, they look at access to resources, the unpaid care and domestic work burden, and decision-making, together with gender policy at the national and regional level, and gender mainstreaming in trade policy.

“This new analysis is another UNCTAD contribution to the debate on how we, together, can make trade policy more gender-sensitive, and pave the way for more inclusive prosperity that leaves no one behind,” said UNCTAD Secretary-General Mukhisa Kituyi.

The report looks at gender and trade issues in five countries of the EAC – namely Burundi, Kenya, Rwanda, the United Republic of Tanzania, and Uganda, given that the sixth member state, South Sudan, only joined recently. It assesses the impact of regional integration on women’s well-being, with a focus on women’s employment. It also underlines the importance of putting in place policies to address gender inequalities and ensure that women fully benefit from international trade.

“The analytical work in this report is accompanied by practical ideas,” explained Dr. Kituyi.

Among the key recommendations are closing the gender gap in secondary and tertiary education and putting in place skill development programmes to enable women to match what is needed to work in higher-value-added sectors. A regional credit mechanism could be established to support women entrepreneurs across EAC countries, the report says, since existing country-level mechanisms have proved insufficient and not uniform.

Gender chapters could be included in any future free trade agreements the region will engage in. UNCTAD experts recommend the establishment of a regional platform to exchange best practices among EAC member countries as well as a uniform monitoring tool to check the implementation of the 2017 EAC Gender Equality and Development Bill, an important piece of regional legislation on gender equality.

Regional integration has had diverse impacts on women’s employment

Home to 150 million people, the EAC was founded in 2000 by Kenya, Tanzania and Uganda. Rwanda and Burundi joined in 2007, and South Sudan in 2016. The UNCTAD report examines the impact of regional integration and overall trade openness on women’s employment patterns.

Tariff liberalization in the EAC export markets led to an increase in women’s employment share in manufacturing firms in Kenya, Tanzania, and Uganda, while women workers in Burundi were negatively affected. Production workers – those performing simple tasks such as maintenance and assembly line work – benefited the most, with little improvement for women in white-collar jobs.

There has been a shift in economic activity away from agriculture towards services, and to a lesser extent, to industry. The shift in employment structure was relatively weak, however, especially for women: 96 % of women in Burundi, 76% in Kenya, 84% in Rwanda, 71% in Tanzania, and 77% in Uganda are still employed in agriculture.

In the EAC, women are predominantly self-employed or are contributing family workers, the two forms of vulnerable employment: this applies to 97% of women in Burundi, 73% in Kenya, 84% in Rwanda, 80% in Tanzania, and 83% in Uganda. Women also account for a higher share of informal employment.

“Gender equality is not a natural outcome of the development process and there is a need to proactively promote gender equality policies,” noted Dr. Kituyi.

For example, the two largest economies in the region – Kenya and Tanzania – registered the highest levels of gender inequality among the five EAC members studied, according to the 2015 edition of the Gender Inequality Index issued by the United Nations Development Programme (UNDP).

Other factors hold back women in the EAC

Adult literacy and primary education enrolment rates have increased in the region since the creation of the EAC in 2000, with women’s literacy reaching 90% of men’s in 2015, outstripping the sub-Saharan average of 77%. However, access to secondary and tertiary education continues to be limited, especially for women.

The introduction of equal property rights has not sufficiently reduced the gender gap in land ownership. Only 51% of women in Burundi, 35% in Kenya and Uganda, and 46% in Rwanda are landowners.

Women also shoulder a higher share of unpaid care work than men. This, in turn, limits the number of hours they can devote to paid work, constrains their mobility and limits their access to market resources and information.

“We have simplified information and partnered with public and private institutions to create information communication technology (ICT) platforms whereby women can access information through their phones or in physical information centres located at border crossings across East Africa.”

The research was conducted by UNCTAD’s Trade, Gender and Development Programme. UNCTAD is committed to using trade and development policies to tackle inequalities worldwide. Addressing gender inequality and promoting women’s empowerment is a critical part of its work. 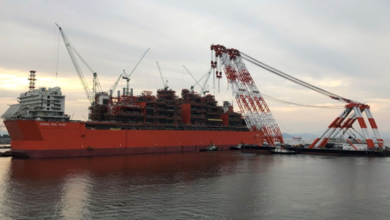