KINSHASA, Democratic Republic of Congo, May 9, 2018,-/African Media Agency (AMA)/- Flash and river floods, caused by heavy rainfall, in Somalia have affected more than 695 000 people, and displaced nearly 215 000 of these, in the last few days.

Most flooding occurred in the regions of Bakool, Banadir, Bay, Hiraan, Lower Juba, Middle Juba and Middle Shabelle. One of the worst-hit areas includes Belet Weyne, Hiraan, in the Hirshabelle State, where more than 120 000 people — some of whom have already been displaced from their original homes — were forced to flee riverine villages after the Shabelle River burst its banks, destroying houses and crops.

As part of an immediate response, WHO, in close collaboration with the Federal Government’s Ministry of Health, airlifted and prepositioned 30.1 tonnes of emergency medical supplies to Belet Weyne, Baidoa and Kismayo to treat illnesses commonly spread during emergencies. These provisions include basic, essential, medical drugs, oral rehydration supplies (ORS), water-testing kits and cholera treatment supplies. Similar medical supplies will soon be sent to the South West and Jubaland States.

However, WHO estimates an additional US$ 2 million will be required to purchase and distribute emergency supplies to other flood-affected areas. These resources would also fund staff needed to deliver services; monitoring and response to disease outbreaks; and the coordination of all these efforts.

“Once heavy rains pour into the river basins of Ethiopia and Somalia, this spells danger for communities living along the Shabelle and Jubba rivers. The flooding has taken a toll on people living in Gedo, Hiraan, Lower Shabelle, Lower Jubba and Middle Shabelle,” said HE Excellency Dr Fawziya Abikar, Minister of Health, Federal Government of Somalia.

At the onset of the floods, His Excellency Hassan Ali Khayre, Prime Minister of the Federal Republic of Somalia, briefed international development and humanitarian partners on the heavy flooding and its impact, and requested for emergency assistance to the flood-affected population.

However, the needs are outrunning the support available. “Urgent action is needed to respond to this emergency,” warned Dr Ghulam Popal, WHO Representative for Somalia. “A well-coordinated response by authorities, and local and international organizations averted a cholera epidemic last year. We need a similar response again, now, to save livelihoods and prevent the spread of diseases among an already vulnerable society.”

The Somali Health Cluster, a group of international and national agencies working jointly to improve health in the country, also called for national and regional partners to convene coordination meetings to discuss ongoing response activities and gaps, as well as to scale up the provision of lifesaving health and nutrition services to the people in need.

Flooding can trigger the transmission of water-borne and vector-borne diseases, such as cholera, malaria and dengue fever, and contaminate water sources. To respond to and manage any resulting disease outbreaks in a timely manner, health authorities and WHO have alerted the Early Warning System in Somalia and WHO’s communicable disease surveillance officers to look out for the emergence of any waterborne or vector-borne diseases. Senior Ministry of Health and WHO officials have conducted joint missions to Belet Weyne and Baidoa to meet state and local health authorities, and gather crucial information on the situation.

Short-term forecasts made by the UN Food and Agriculture-managed Somalia Water and Land Information Management (SWALIM) suggest river levels inside Somalia are expected to continue rising in the coming days with more cases of flooding along the Juba and Shabelle rivers.

Somalis have suffered from natural calamities and civil strife over the years and endured drought, disease outbreaks, and insecurity among other challenges. This has resulted in malnutrition, poor access to health, and prevalent poverty all across the country. 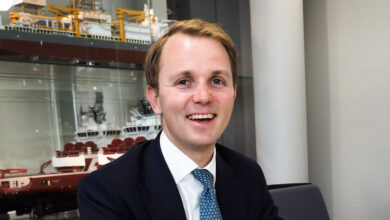 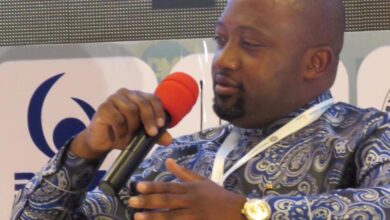