TUNIS, Egypt, May 3, 2018,-/African Media Agency (AMA)/- From 1 to 30 April 2018, the United Nations Support Mission in Libya (UNSMIL) documented 31 civilian casualties – four deaths and 27 injuries – during the conduct of hostilities across Libya. Victims included three men and one boy killed and 19 men, five women, two boys and one girl injured.

UNSMIL documented, one death and 18 injuries in Sabha and three deaths and nine injuries in Benghazi.

Renewed armed clashes in Sabha between forces affiliated to the Awlad Suleiman tribe, including the 6thBrigade armed group, and those affiliated with the Tebu tribal forces left one civilian dead and 18 other civilians injured. Victims included civilians from Arab, Tebu and Touareg origins as well as migrant workers from Sub-Saharan Africa. Casualties mainly occurred as a result of the use of indiscriminate fire in densely populated areas. The neighbourhoods of Tayouri and Nasriya were particularly affected. Civilian casualties included an elderly man killed in mortar shelling of the Tayouri district on 21 April, while a woman and nine-year-old girl from the same family of the elderly man were injured. During clashes on 20 April, eight men including two migrant workers and three women sustained shrapnel wounds. On 23 April, three male migrant workers and another two civilian men reportedly sustained gunshot injuries in the area of al-Nasriya.

On 2 April, two men and a woman sustained gunfire injuries when armed men in military uniform opened fire inside the Jumhuriya bank in Benghazi.

On 18 April, a 16-year-old Syrian boy was killed and another three civilians, including a 15-year-old boy, injured in a VBEID attack targeting the Chief-of-Staff of the Libyan National Army, Abdul Razek al-Nadouri, in the area of Sidi Khalifa in Benghazi.

On 21 April, one Egyptian man was killed in crossfire in Phoenicia street in Benghazi between members of al-Zawiya Martyrs Brigade and forces aligned to the Criminal Investigations Department.

ERWs and other unknown explosives continued to claim civilian casualties in Benghazi neighbourhoods that have witnessed protracted fighting. Two men sustained shrapnel injuries when an unknown explosive detonated in a building in Wist al-Bilad on 10 April, while a man was killed by an ERW in al-Sabri neighbourhood on 25 April. On 28 April, a 12-year-old boy was injured by an ERW in the centre of Benghazi.

Between 03 and 23 April, Sabha Medical Centre was hit by mortar shelling or gunfire at least four times, leading to material damage.

The Benghazi Revolutionaries Shura Council and allies are believed to have been responsible for leaving mines and ERWs in areas of Benghazi they controlled prior to their retreat.

UNSMIL was unable to determine with certainty which parties to the conflict caused the other civilian casualties caused by the ERWs in April.

On 7 April, the remains of three siblings from the Shirshari family were found in a forest south of Surman. The two boys and girl were aged between seven and 12 at the time of their abduction in December 2015. The exact causes of death have yet to be established.

On 7 April, a group of unidentified armed men, some reportedly in military uniform, shot at Sudanese migrant workers during a raid on stores on al-Zeit Street in Benghazi, leading to one death and two injuries among the migrant workers.

Two men were injured by stray bullets, one in Benghazi’s al-Salmani neighborhood on 14 April and the other in the city of Tokara on 28 April. A migrant worker sustained a gunshot wound in the Benina area on 25 April. In the three incidents, the sources of fire could not be determined and there were no armed clashes in the vicinity.

On 10 April, armed men in military uniform fired at a civilian vehicle near Kufra leading to the injury of a 12-year-old girl. They proceeded to steal three mobile phones from the victim’s car. The perpetrators behind the shootings remain unidentified.

On 11 April, an unidentified male body bearing gunshot wounds was found in the Qurda area of Sabha. On 12 April, a man was killed and at least four others injured during a series of drive-by shootings in Sabha. The perpetrators of and motives behind the shootings remain unclear.

On 19 April, unidentified armed men, some of them masked, driving in a Toyota four-wheel drive shot at a civilian vehicle on the road between al-Murada town and al-Aqila town in central Libya, resulting in the injury of a four-year-old girl. The girl was taken to the Ajdabiya hospital, some 150 kilometres east of Aqila, but she passed away on 22 April. In this case also, the perpetrators of and motives behind the shootings remain unclear.

On 22 April, the body of a male with tied hands was uncovered in the area of Abu Surra in al-Zawiya. He was identified as a local Salafi imam, who had been missing for several months. On the same day, a 27-year-old man was shot dead at a traffic light in the area of Ben Ashour in Tripoli by armed men driving a civilian vehicle. The identity of the perpetrators and their motives were not identified.

On 24 April, a Tebu patient was forcibly removed from the Sabha Medical Centre’s intensive care unit by armed men. The man was in recovery after undergoing surgery for gunshot injuries to his chest and abdomen, reportedly sustained in armed robbery in the Tayouri neighbourhood. His fate and whereabouts remain unclear.

On 28 April, the owner of a vegetable stand was killed in crossfire between two armed men in the area of Zarouq in Misrata.

The figures for civilian casualties set out above only include persons killed or injured in the course of hostilities and who were not directly participating in the hostilities. The figures do not include those casualties that are not a direct result of hostilities, for example executions after capture, torture or abductions, or casualties caused as an indirect consequence of hostilities. The figures are based on information UNSMIL has gathered and cross-checked from a broad range of sources in Libya, including human rights defenders, civil society, current and former officials, employees of local governments, community leaders and members, witnesses, others directly affected and media reports. In order to assess the credibility of information obtained, where possible, UNSMIL reviewed documentary information, including medical records, forensic reports and photographic evidence.

The figures are only those that UNSMIL was able to document in the reporting period. They are not likely to be complete and may change as new information emerges about incidents involving civilian casualties that took place during this period.

Similarly, while UNSMIL has systematically tried to ensure that the cases it documented are based on credible information, further verification would be required to attain a higher standard of proof. Due to the security situation, UNSMIL has not been able to carry out direct site visits to all relevant locations in Libya to obtain information. Fear of reprisals against sources further hamper information gathering.

While not all actions leading to civilian casualties breach international humanitarian law, UNSMIL reminds all parties to the conflict that they are under an obligation to target only military objectives. Direct attacks on civilians as well as indiscriminate attacks – which do not distinguish between civilians and fighters – are prohibited. Attacks that are expected to cause incidental loss of civilian life, injury to civilians and damage to civilian objects excessive to the anticipated concrete and direct military advantage are also prohibited. Such attacks amount to war crimes that can be prosecuted by the International Criminal Court.

In order to ensure greater protection of the civilian population and essential infrastructure, all parties engaged in fighting in Libya must cease the use of mortars and other indirect weapons and imprecise aerial bombardments in civilian-populated areas, and not place fighters or other military objectives in populated areas. All executions of captives must cease and all those captured including fighters must be treated humanely in all circumstances. Murdering or torturing captives is also a war crime, regardless of what the captive may be accused of.

Cases highlighted in the “Casualties from other violations of international humanitarian law and violations or abuses of human rights” section include casualties caused during incidents that would constitute a violation of international humanitarian or human rights law, but are not a direct result of hostilities, for examples executions upon capture of civilians and others hors de combat (such as captured fighters) and torture causing death. The section also includes casualties caused by the proliferation of weapons and impunity enjoyed by armed groups and criminal networks – considered as indirect consequences of hostilities. Cases highlighted in the “other casualties” section are not included in the figures for civilian casualties and include only those that UNSMIL documented during the month.

Francis recalls his apostolic trip to Africa and praises missionaries 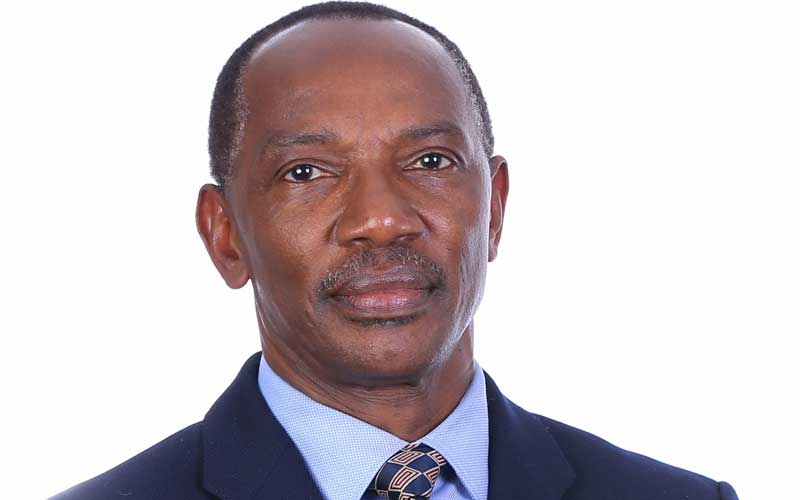