May 30 (UPI) — Kenya took a step toward building an export pipeline from its oil fields to the port city of Lamu with the award of an early-phase design contract, Wood said.

Oil and gas engineering services company Wood said it was awarded the initial phase of a front-end engineering design contract to help build momentum behind a proposed pipeline.

“The proposed pipeline will be used to export waxy crude oil from oil field developments in the South Lokichar basin to Lamu port on Kenya’s coast,” the company’s statement read.

A third-party review found reserves in the South Lokichar basin of an estimated gross of 766 million barrels of oil, a 24 percent increase from earlier estimates.

The contract was awarded by the Kenyan subsidiary of Tullow Oil.

Tullow said earlier this year it was busy reviewing all of the data from the South Lokichar basin and planned to outline a development plan as early as this year.

In January, Manoah Esipisu, a spokesman for Kenyan President Uhuru Kenyatta, said French supermajor Total, a partner in the Lokichar fields, committed to a single pipeline to the port city of Lamu as the only option for exports.

A March survey from the Central Bank of Kenya found inflation was on pace to decline and growth trajectories were tracking upward for the year. The bank’s survey revealed “almost unanimous optimism” in the private sector.

Tullow in late 2014 came up empty-handed while drilling into frontier basins similar to Lokichar in northern Kenya, despite early optimism.

Ethiopia on the verge of scraping Visas for all African Nationals 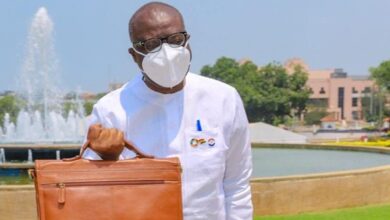