The Ghana Police Service has commenced investigations into the alleged death threats on the life of IMANI Africa President, Franklin Cudjoe.

It comes after Mr. Cudjoe lodged an official complaint to the Police on Monday.

The IMANI Africa President received a warning from someone he describes as “highly placed source” within the Interior Minister to be on guard due to his comments on the controversial $89.4million Kelni GVG deal.

The think-tank has constantly questioned the rationale behind the new contract with Kelni GVG, describing it as wasteful and aimed at milking the public purse.

“Indeed, there has been no such report of underperformance by the stakeholders that contracted Subah.

“The issue then is why did the Ministry of Communications go ahead and sign a new contract under the name of a common monitoring platform for a service that is already being rendered under an existing contract by a fellow government agency?” President of IMANI Africa Franklin Cujdoe noted, calling for the immediate cancellation of the contract.

After officially alerting the police to the threat on his life, Mr. Cudjoe said the assurance given him by the police is refreshing.

“This is top-notch right from the regional headquarters, the commander himself with the Chief Crime Officer taking our statement and our details,” he stated.

The police, he said urged him to immediately report to them when he hears or sees anything.

“So there’s a 24 hour open call which I think is useful, he stated, adding: “I think I can safely trust the police on this matter.

Kelni GVG, a Haitian originated company, was awarded a contract by the government for design, development and implementation of a common platform for traffic monitoring, revenue assurance, and mobile money monitoring and fraud management—a service already being rendered by Afriwave and Subah Info Solution.

Although the government insists the deal saves the country $1.1 million a month, Mr Cudjoe wonders why the state has been paying the firm $1.5 million per month since January for “no work done”.

To Mr Cudjoe and Imani, the deal is “needless” and a rip-off.

Per the terms of the contract, which was signed in December 2017, the monthly payments are supposed to begin no later than 30 days after the contract was signed.

This, by inference, means that the Government of Ghana through the Ministry of Communications owes at least $5.96 million as of May this year even though the company is yet to officially begin work. 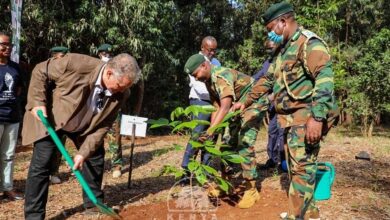