Completion of the review would make available SDR 177 million (about US$257 million), bringing total disbursements under the EFF to about US$1.2 billion

WASHINGTON D.C., United States of America, May 31, 2018,-/African Media Agency (AMA)/-
*The Tunisian authorities and the IMF team have made significant progress in the discussions on the policies needed to complete the Third Review.
*The Tunisian economy showed signs of recovery in the first quarter of 2018, with the highest growth since 2014 supported by agriculture and exports.
*Risks to macroeconomic stability, especially inflation, have increased and require a decisive response, complemented with measures to protect the poor.

“The Tunisian authorities held constructive discussions with the IMF team on the policies needed to complete the Third Review under Tunisia’s EFF arrangement. The discussions progressed significantly. The Tunisian authorities expressed firm commitment to act swiftly on urgent economic reforms to pave the way for the consideration of the Third Review by the IMF’s Executive Board, tentatively scheduled for early July. Completion of the review would make available SDR 177 million (about US$257 million), bringing total disbursements under the EFF to about US$1.2 billion.

The Tunisian economy showed signs of recovery in the first quarter of this year. Economic growth at 2.5 percent (year-on-year) was the highest since 2014, based on strong agricultural production and exports. The current account deficit improved somewhat, helped by a more flexible exchange rate. Inflows of foreign direct investment have also picked-up, and the new one-stop shop for investors “Tunisia Investment Authority” will further improve the business climate. Planned reforms to reinforce governance and improve access to finance will help the recovery to create more jobs in the private sector.

“Nevertheless, risks to macroeconomic stability have become more pronounced. Inflation reached 7.7 percent (year-on-year) in April, the highest level since 1991. Monetary and credit aggregates continue to grow rapidly and will put additional upward pressure on prices in the months ahead. Foreign exchange reserve coverage of imports has declined further. In addition, Tunisia’s external environment has become less favorable in recent months due to the increase in international oil prices and greater risk aversion in international financial markets.

“Decisive action is necessary this year to fight inflation, reduce the fiscal deficit, and protect the poor—prerequisites for creating more economic opportunity for Tunisians and shielding the young from an excessive debt burden in the future. The IMF team agrees with the central bank that more tightening of monetary conditions is necessary to reduce the gap between interest rates and inflation. On the budget, three priorities stand out in the near term: (i) pressing ahead with efforts to reduce energy subsidies that disproportionately favor the better-off; (ii) containing the public-sector wage bill, which is among the highest in the world as a share of GDP; (iii) and adopting the pension reform bill to improve the financial viability of social security. Increased transfers to the most vulnerable families to shield them from the impact of higher prices will accompany the reforms efforts.

“The IMF team met with the Minister of Finance Chalghoum, Minister of Investment Laâdhari, Minister of Major Reforms Rajhi, and Central Bank Governor El Abassi. It also had discussions with representatives of Union Générale Tunisienne du Travail (UGTT), Union Tunisienne de l’Industrie, du Commerce et de l’Artisanat (UTICA), and civil society. The mission would like to thank the authorities and all those with whom it met for their warm welcome and constructive discussions.”

Sweden supports drought-stricken farmers and herders in the Sahel

South Sudan: Thousands of men, women and children caught between the frontlines are unable to reach essential food, water and healthcare 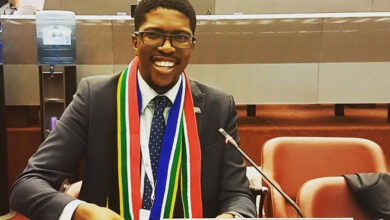