CAIRO, Egypt, May 7, 2018,-/African Media Agency (AMA)/- Thank you for Minister El-Garhy for your kind introduction. I am very happy to be in Cairo, and honored to see that we are joined this evening by such a distinguished group.

I would like to thank the Government of Egypt for agreeing to organize this conference with the IMF. I offer particular appreciation to Central Bank Governor Amer and Finance Minister El-Garhy for their support—both for this opportunity to discuss issues relevant to Egypt’s future, and, more broadly, for the spirit of cooperation in our work.

This conference comes at a crucial moment for Egypt. In 2016, this country faced severe economic challenges. The response then was bold. It has been sustained, and it has succeeded.

The results are clear: macroeconomic stability and market confidence have been restored, growth has resumed, inflation has fallen, and the public debt ratio is expected to fall for the first time in nearly a decade. Many people in this room have played a role in this success, and the Egyptian people themselves have been called upon for patience through a disruptive time.

But now the time has come to take advantage of the hard-won macroeconomic stability and push on to create jobs and raise living standards through sustainable growth. That may be difficult, but it would provide the payoff for all the efforts to date.

Many countries have escaped financial jeopardy and achieved a measure of macro-stability. But a smaller number have sustained that stabilization and gone on to complete a modernization driving sustained, inclusive growth. Egypt now is at the point where it has a chance to do so. That will require broadening and deepening the reform agenda.

We have come to Cairo to participate in a forward-looking conversation about those next steps—to ask what can be done to create greater opportunities for all Egyptians, especially the millions of young women and men looking to build a better future. Broadly speaking, we all know the answer involves strengthening private sector-led economic activity and enhancing openness to be able to invest more, export more and create more jobs.

Let me be the first to say I am not an expert when it comes to your country. So, my intention this evening is not to lay out prescriptions, but to set the stage for our discussion by highlighting other countries’ experiences and successes that you may find relevant. My starting point, something we at the Fund have learned over decades, and something Egypt has just demonstrated, is that effective economic policies need to be built upon consensus and ownership at home. I hope we can advance a policy agenda that will be embraced by Egyptian society—government, business, civil society, and the population at large.

So, let me offer a few words on the global setting for your efforts; a quick review of the road you have traveled; and finally, some thoughts on the economic challenges that remain.

The Global Economy and Egypt

The global economy is improving as trade and investment show strength we have not seen in a decade. These forces are benefiting most countries, including Egypt. Our recent World Economic Outlook projects a continued expansion in the immediate future, with global growth of 3.9 percent this year and in 2019. That favorable external environment provides a good window of opportunity for Egypt to undertake reforms; a window that may not be open for too long.

That is because the medium-term outlook is more uncertain. We should expect interest rates to head higher and financial conditions to tighten. And we are all aware of the uncertainty hanging over the global trading system, which could mean less favorable conditions at some point.

In other words, now would be a good time for Egypt to shift growth and job creation into a higher gear.

To see what is at stake, just look how far you have come. In 2016, the Egyptian economy was suffering from low growth, lagging investment, rising inflation, and growing government debt. In truth, it was at risk of instability. In your Fund-supported reform program, you liberalized the foreign exchange market and tightened monetary policy. You put in place a three-year fiscal-consolidation effort, including subsidy reforms. You also took decisive measures to strengthen the business climate and improve the management of public finances.

Exports and tourism are recovering, and the current account deficit is falling. Confidence has improved, and investment has picked up. As a result, growth so far this year is at a 5.2 percent pace and inflation should decline to 11 percent. There is clear evidence that the Central Bank of Egypt’s monetary policy control has contained the second-round effects from the pound’s depreciation, the increases in fuel prices, and the VAT.

The subsidy reform has freed up some of the funding needed for targeted social assistance. And it has moved fuel prices in the direction of their true cost. Subsidy reduction makes possible a more efficient allocation of resources across the economy—which will be an important element in unlocking Egypt’s economic potential.

Experiences from Other Countries

The experiences of other countries show that it is not easy to maintain stabilization efforts, unless you push on to produce growth and benefits all citizens can perceive. In many countries, stabilization without deeper reforms leads to fatigue, complacency and opposition from vested interests that undermine momentum. Like a bicycle, unless you pedal, eventually you slow and then you wobble.

In Egypt, there are several immediate reasons to press ahead with reform. Public finances certainly are on a firmer footing, but public debt remains very high. A strong effort is needed both to consolidate and to make room for spending in key areas such as health and education. Delays in following through on the reform of energy subsidies could again leave the budget at risk from higher global oil prices.

But more than anything else, Egypt cannot delay on jobs. By 2028, Egypt’s working age population will increase by 20 percent. That works out to a labor force of 80 million Egyptians just 10 years from now. Creating jobs for all those people has to be Egypt’s biggest economic challenge.

But at the same time, your biggest challenge, employing the youth, is also your biggest opportunity. If this country can tap the potential of its young people—by bringing unemployment and labor force participation to the level of many other emerging market countries—their absorption into the economy could boost growth into the range of 6 to 8 percent. That would be a transformation. It would mean improving living standards for large segments of the population.

Is that possible? Hard to know. But it has happened in some other emerging market countries. Their histories could hold lessons relevant to Egypt. That is why we have invited policymakers from India, Korea and Malaysia to offer their perspectives here tomorrow.

For the purpose of this discussion, let’s look briefly at three countries that have surmounted several of the hurdles that Egypt now confronts.

First, Indonesia. Indonesia emerged from a deep crisis in 1998 needing to break free of cronyism and the central government’s control of its sprawling economy. Reforms ended government monopolies and empowered the private sector, shifted resources and decision making to local authorities, and promoted market-oriented economic policies. The economy has become more and more dynamic and has grown steadily.

Second, Mexico. In 2013 Mexico took a set of decisive actions aimed at lifting productivity growth. The energy sector, long dominated by the state, was opened up, and oligopoly control in telecommunications and finance was replaced by freer competition. Energy exploration is taking off, and telecommunications costs have plummeted, with widespread benefits. They also set out to draw people out of informality and into the mainstream economy, through labor reforms that allow more flexible hiring arrangements—including hiring for training and trial periods. The result was the creation of 3.5 million jobs in the last five years, more than in the prior 12 years combined. Employment in the informal sector has fallen as the rate of formal employment growth has increased at double the rate of GDP growth.

And third, India. One set of goals India and Egypt share is to strengthen the social safety net, making it reach more of the population, and reducing bureaucratic inefficiency and corruption in benefit systems. India went at this by using biometric data as a form of identification, creating a payments architecture based on the ID system, and then channeling direct payments of subsidies and benefits via that system. The program has simplified the bureaucracy of the social safety net, and, most importantly, reduced the opportunities for corruption. It also has deepened financial inclusion by bringing nearly 300 million people into the formal economy.

India’s experience shows how countries can mobilize new technology to overcome obstacles to development. This is a crucial point. It is just not the case that technology only benefits advanced economies. It can be a game-changer for this country as well. But technology is moving fast, and any country that does not keep up risks being left behind.

The Role of the Private Sector

All of this points to the need for policies in Egypt to encourage the growth of a healthy private sector—because that is the only realistic source of the jobs that are needed. What will it take?

Let me end by proposing a list of items to consider and discuss in the conference tomorrow.

A business climate in which the rules of the game are simple, transparent and respected, in which small businesses can grow into medium-sized and even large companies.

A less heavy footprint of the public sector in the economy, especially in business and commerce, to clear away room for the growth of the private sector and to relieve entrepreneurs from the un-winnable matchup of competing with the public sector.

Reduction of non-tariff barriers and protections for domestic industries so that Egyptian companies can become part of the global supply chain, and can expand to capture a bigger share of the global marketplace.

And an economic system built on fairness and free of corruption.

But I suspect much of it needs to be tackled for Egypt to create a modern economy, meet the expectations of its young people, and raise living standards.

The IMF stands ready to help, through our program and beyond, bringing experiences of other countries that might prove useful to Egypt. A big part of what we do is to help disseminate the success stories of our members. I am already often telling others about how ownership and boldness has delivered results here in Egypt. We can help you do the same with regard to reform and modernization. This is a commitment we meet with our advice, technical assistance and training.

Ultimately, it is up to Egypt to face up to the task of building a better country that meets the needs of all Egyptians. Let us see that this conference helps identify and prioritize policies that can advance this outcome.

I look forward to working with you to advance Egypt’s economic success. 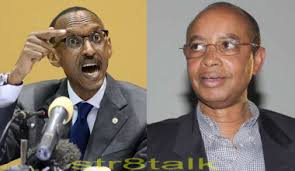 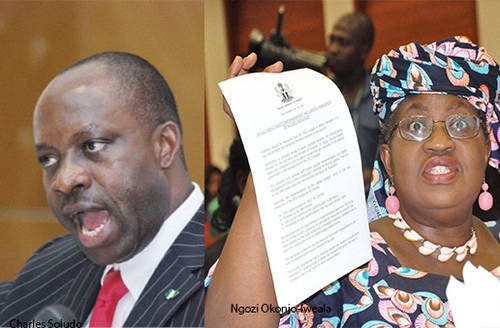