Juba -The Chairperson of the Inter-governmental Government Authority on Development Council of Ministers says the High Level Revitalization Forum is the only option left for peace in South Sudan.

Speaking at the opening of the continuation of the second phase of the peace revitalization forum in Ethiopia, Addis Ababa, on Thursday, Dr. Workneh Gebeyehu said parties must reach into a compromise and a realistic solution through the process for the sake of the citizens.

He said this can be done only by narrowing the gaps among them and putting them into action.

Dr. Gebeyehu, who is current Ethiopian’s Minister of Foreign Affairs, has stated that there are many outstanding issues that need to be amended.

“This High Level Revitalization Forum of the parties to the Agreement of the Resolution of the Conflict in South Sudan is the only option left for peace and the settlement of political difference in South Sudan,” he said.

He added that this was an indication of the shuttle diplomacy that was conducted before the resumption of the talks.

The shuttle diplomacy, according to IGAD, is what led to the postponement of the talks earlier this month.

It was meant meaningful narrow the gaps and bring meaningful outcome of the mediation.

Dr. Gebeyehu called on the parties to marshal the future of the country with forgiveness and new spirit:

“It is incumbent upon you that you reach into a compromised and a realistic solution to the continuing lack of common vision to lead the South Sudanese people,” Dr. Gebeyehu told the gathering

Speaking at the same event, the Chairperson of the monitoring body, JMEC, Mr. Festus Mogae also reiterated that the revitalization forum provides best and timely opportunity to end the “catastrophe that befell the people of South Sudan

He argued that continued violations of the Cessation of Hostilities Agreement is “regrettable” and “undermines” the confidence of those supporting the peace process.

Mogae called on the parties to collectively end the conflict this time.

“You are at a critical juncture. This forum (HLRF) provides the best and timely opportunity for you all, to collectively decide and bring the catastrophe that has befallen your people to an end,” Mogae said, former president of Botswana.

“There comes a time in life, where nothing else should matter more, than to do what is right. I believe the time is now, for all patriots of South Sudan, to rise to the occasion.” “Enough is enough. Let us all find in our hearts a place to forgive each other, accommodate one another and rekindle the spirit of brotherhood and sisterhood and take another historic step to rebuild South Sudan,” he further added.

Meanwhile, the South Sudan’s Minister of Information, Michael Makuei, has said he is optimistic that the current talks will prosper, adding that all the parties need to do, is to abandon positions that are impossible to implement.

“If all the parties are coming with commitment and with the spirit of making sure that we take peace to South Sudan, we will do it,” Makuei told the press in Addis Ababa.

Mogae, said in his key note address, about 4.2 million of South Sudanese people remain displaced, 2.4 million of whom are in neighbouring countries as refugees.

“The resumption of the conflict (in South Sudan) has left immeasurable human costs, which continue to rise. The economy is devastated and there is a deepening sense of anxiety and insecurity among large parts of your society. Your people are fast losing hope,” JMEC boss said.

Since the conflict broke out in late 2013, ten thousands has reported killed, 4.6 million of people has displaced in their homes,  an estimated 7 million South Sudanese are currently in need of humanitarian assistance with at least 6.3 million severely food insecure.

The peace monitor expressed concern that the Cessation of Hostilities Agreement (CoHA), signed on December 21, 2017, has been repeatedly violated with impunity.”

The continuation of the second phase of the High Level Revitalization Forum is expected to proceed with discussions on Chapter I and Chapter II of the peace agreement which deals with Governance and Permanent Ceasefire and Transitional Security arrangements.

The fresh talks in Addis Ababa have been convened by the East African bloc IGAD (Inter Governmental Authority on Development) to push the warring sides back to the negotiating table after a 2015 peace deal collapsed, as pressure mounts on leaders to take stronger action to end the country’s four-year civil war.

Neighbouring countries and African groups, such as the eight-member IGAD are under increased pressure to sanction South Sudanese officials who undermine the peace process this time round. 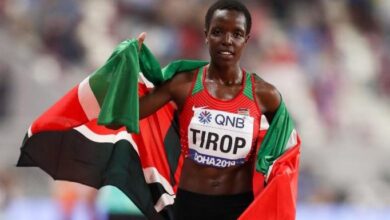