The meeting aims to develop recommendations to help build Africa’s case for facilitating safe, orderly and regular migration, and contribute to the implementation of the Global Compact for Migration

GENEVA, Switzerland, May 29, 2018,-/African Media Agency (AMA)/- A two-day meeting of the High-Level Panel on Migration for Africa (HLPM) kicked off on 28 May in Geneva, Switzerland. The meeting, which ends today (29/05), aims to develop recommendations to help build Africa’s case for facilitating safe, orderly and regular migration, and contribute to the implementation of the Global Compact for Migration.
In her welcome remarks, Ellen Johnson Sirleaf, former President of Liberia and HLPM Chair, noted that while a lot of work has been done on migration in Africa, taking into account all the research analysis and empirical evidence, “the truth is that we have allowed the perception to supersede the reality and not internalized the benefits of migration in our own policies.”

Ms Sirleaf said one of the key messages emerging from the Panel’s work is the need for African states “to pursue a course of action and rigorous implementation to harness the positive contribution of migrants for inclusive growth and sustainable development.”

Citing projections by the African Development Bank (AfDB) that Africa’s real GDP will grow from 3.6 percent in 2017 to 4.1 percent in 2018, Ms Sirleaf noted the economic opportunity created with the recent adoption of the African Continental Free Trade Agreement (AfCFTA), describing it as “the largest trading bloc of participating countries since the establishment of the World Trade Center,” with a potential market of 1.2 billion people with a GDP of USD 2.5 trillion.

In the same light, Vera Songwe, the Executive Secretary of the Economic Commission for Africa (ECA), stated that with the African Continental Free Trade Agreement (AfCFTA), the continent “is riding on the crest of one of our significant achievements in recent years.”

Ms Songwe highlighted the need to sensitize African leaders “so that migration becomes part of the national political agenda,” and does not undermine democracy and governance. She mentioned the strong ECA-IOM collaboration to produce high-quality data towards this end.

Describing ongoing efforts towards “a new economic Pan-Africanism,” the ECA Chief highlighted the close links between the AfCFTA and the Protocol on Free Movement of Persons, based on the recognition that the free movement of people, not just goods and services, is necessary to achieve Africa’s economic transformation.

William Lacy Swing, IOM Director General, stated that one billion people are currently on the move globally, “more than at any other time in recorded history.” He described the negative reactions to the migration crisis as “a perfect storm.” DG Swing lamented that some countries “are trying to protect a reality that no longer exists,” and drew attention to the “historical, significant contributions that migrants make.”

Noting the need for data and data analysis to help make a strong case, DG Swing expressed hope that the HLPM’s work would help draw attention to the contributions made by migrants, not just with regard to financial remittances, but also “social remittances” through the expertise and technical know-how, as well as business investments and trade by diaspora populations.

African Union’s (AU) Permanent Observer to the UN Office in Geneva, Ajay Kumar Brandeo, addressed the Panel on behalf of the Union’s Commissioner for Social Affairs. He highlighted the AUC’s contribution towards regional policies for safe, orderly and regular migration in Africa, including a joint initiative with IOM, the International Labour Organization (ILO) and ECA to develop a common African position in the ongoing negotiations towards a Global Compact for Migration, as well as a flagship joint project on labour migration.

Following the opening session, 10 HLPM members and representatives highlighted their views on key issues in African migration as well as where the HLPM should focus its advocacy efforts. These contributions will be incorporated in the final version of the report, which is expected to be finalized in time for the African Union Summit in January 2019. 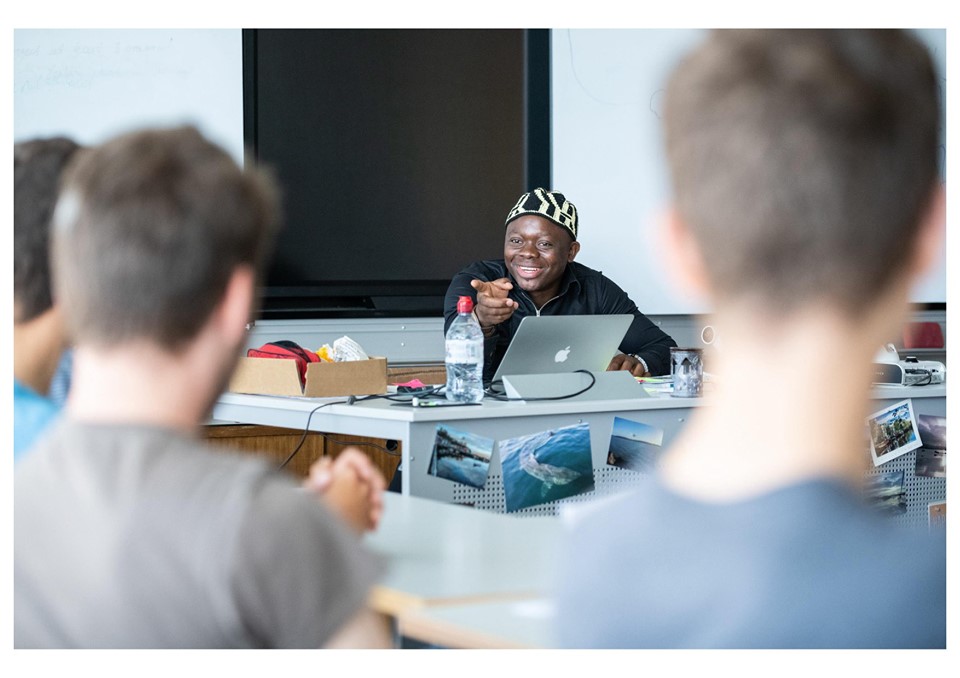