The tiny West African nation is emerging as a model of activism in battling climate change and managing waste.

On a dumpsite on the outskirts of the Gambian capital of Banjul, cows rummage through cardboard sheets, car parts and a lone toilet, searching for food. Smoke is all around and darkest in the corners filled with burning tires and plastics. Scavengers are not working the site, which is unusual for a Saturday morning. Instead, they have gathered to discuss a new plan to make the dump less harmful to their neighbors’ health and the environment.

Leading the meeting is Kemo Fatty, a 25-year-old campaigner who has spearheaded efforts for two years to close the Bakoteh dump site he has lived next to his whole life. After months of sustained protests and negotiations, local and national authorities have agreed to work with Fatty and his colleagues to manage it more sustainably. Scavengers, suspected of lighting fires to find valuable metals to sell, will not be allowed in until the smoke has cleared, after which dumping will be controlled by volunteers.

“This is one of the biggest victories,” says Fatty.

The campaign is part of a larger shift sweeping across this small West African nation, since it got rid of its authoritarian leader Yahya Jammeh in 2017. The Gambia’s environmental activists are vocally, forcefully — at times militantly — demanding the country address waste management and the protection of its rich biodiversity as a priority.

A month after Jammeh lost the election and left the country, activists staged the first environmental protest in decades, against the demolition of part of a forest park known for housing monkeys and a large array of birds. The protests forced an admission from the government that the demolition was unlawful – and ensured that much of the park has remained intact. Protesters in Bakoteh also closed the dumpsite for four months in a standoff with local authorities, which culminated in waste being dumped outside the mayor’s office. In Gunjur, a coastal town popular with tourists, where a Chinese food-processing factory has been accused of dumping waste in the sea, fishermen and neighbors have regularly protested for better treatment of their coast. In March, they removed pipes believed to transfer waste from the factory into the sea. Not every activist effort has been equally successful, but the environmental campaigns are also fueling a broader political debate that was simply not possible under Jammeh.

“His departure has opened the gates to more reflection on environmental issues and activism in the Gambia,” says Sidat Yaffa, the director of a climate change program at the University of the Gambia. “People are getting more politically conscious and standing up for their rights.”

The Gambia knows well the effects of climate change: 70 percent of its people rely on agriculture to survive, and crops and people are regularly hit by floods and droughts. Only a third of the country lies more than 10 meters above sea level, making the country and particularly its capital, which lies on the coast, vulnerable to sea-level rise.

But for many years, the environment was not on activists’ priority list: Gambians feared expressing their concerns under Jammeh’s brutal 22-year-long dictatorship, which saw many vocal opponents imprisoned, tortured and killed. No environmental activists are known to have been arrested, but the climate of fear effectively muzzled them, activists say.

Ironically, some of Jammeh’s authoritarian measures benefited the environment — such as a ban on plastic bags and monthly forced street-cleaning exercises. Despite the despotism, “Jammeh himself, I would consider him an environmentalist,” says Fatty. While the plastic-bag ban remains in place, the street cleaning has stopped, and waste has visibly risen on sidewalks. Many other environmental issues were never addressed during Jammeh’s rule.

In its three-year national development plan, the new government acknowledged climate change as “one of the most significant external factors” slowing economic growth, especially in the agriculture and tourism sectors. But in the rush for much-needed development in the Gambia, the government has also repeated its hope for foreign investment, which campaigners say often comes at the expense of wildlife and ecosystems around their houses. 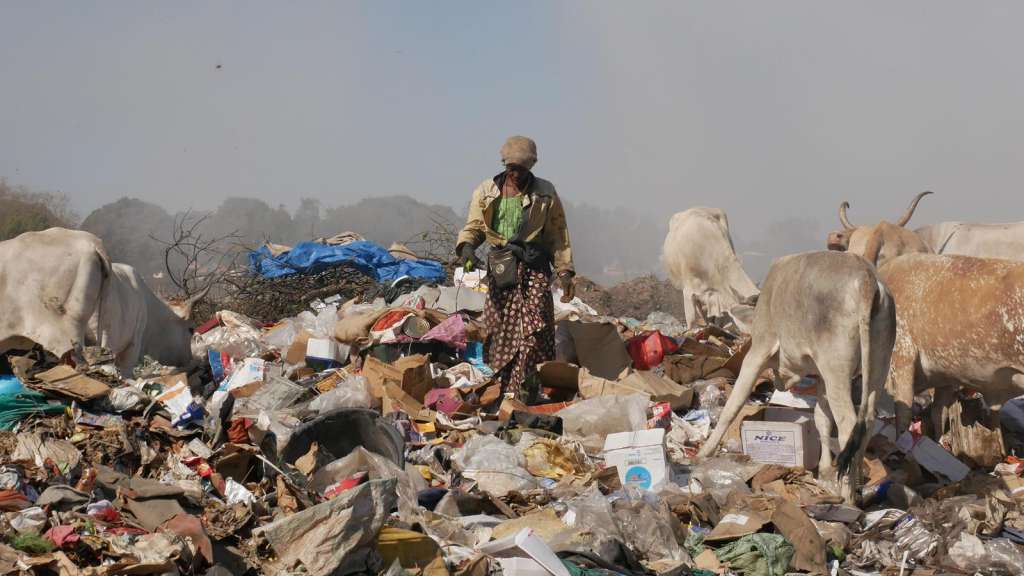 The Gambia’s environmental warriors know they face stiff challenges. In some cases, such as the Bakoteh dump site, they are making unprecedented progress. In other instances, like the protests in Gunjur, the struggle is still sharp, and stacked against the protesters. After activists removed pipes believed to connect the Chinese plant to the sea, police questioned a well-known local activist. Often, those at the forefront of environmental fights are local residents directly affected by the problem who form community groups and charities. They feel the government has failed to protect them. “We just give courage to each other,” says Lamin Jassey, an environmentalist in Gunjur. “But sometimes we think maybe we can’t win; it’s just a waste of time.”

Still, the activists aren’t giving up. Aside from protests that grab attention, many are involved in the less vocal, everyday fight that is adapting to a changing climate. Fatty, from Bakoteh, knows he cannot only work on one front. So when he is not at the dump site, he provides tree seedlings to farmers to help them swap crops for trees, which not only absorb planet-warming gases but also can better resist droughts and floods. They can increase farmers’ salaries too while requiring less labor, he says.

All this, he hopes, will not only help the environment, but may also contribute to dissuading thousands of his fellow young citizens from risking their lives to go to Europe. “Climate change continues to threaten the livelihoods of people,” he says. “That contributes to migration more than any other thing I could think of.”

Despite everything that’s up against them, that hope for change among the Gambia’s home-grown environmentalists doesn’t appear an impossible dream. After all, the country’s 2 million citizens cleared out a menace far more dangerous than garbage just 15 months ago. 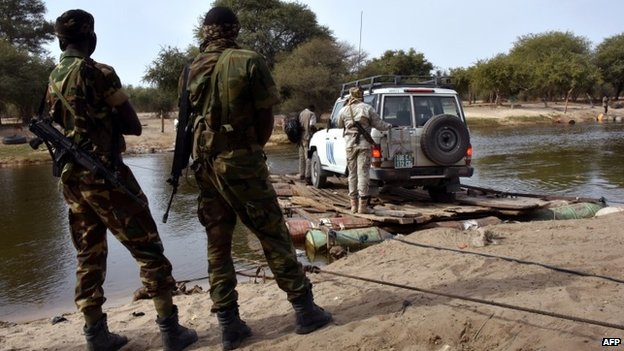 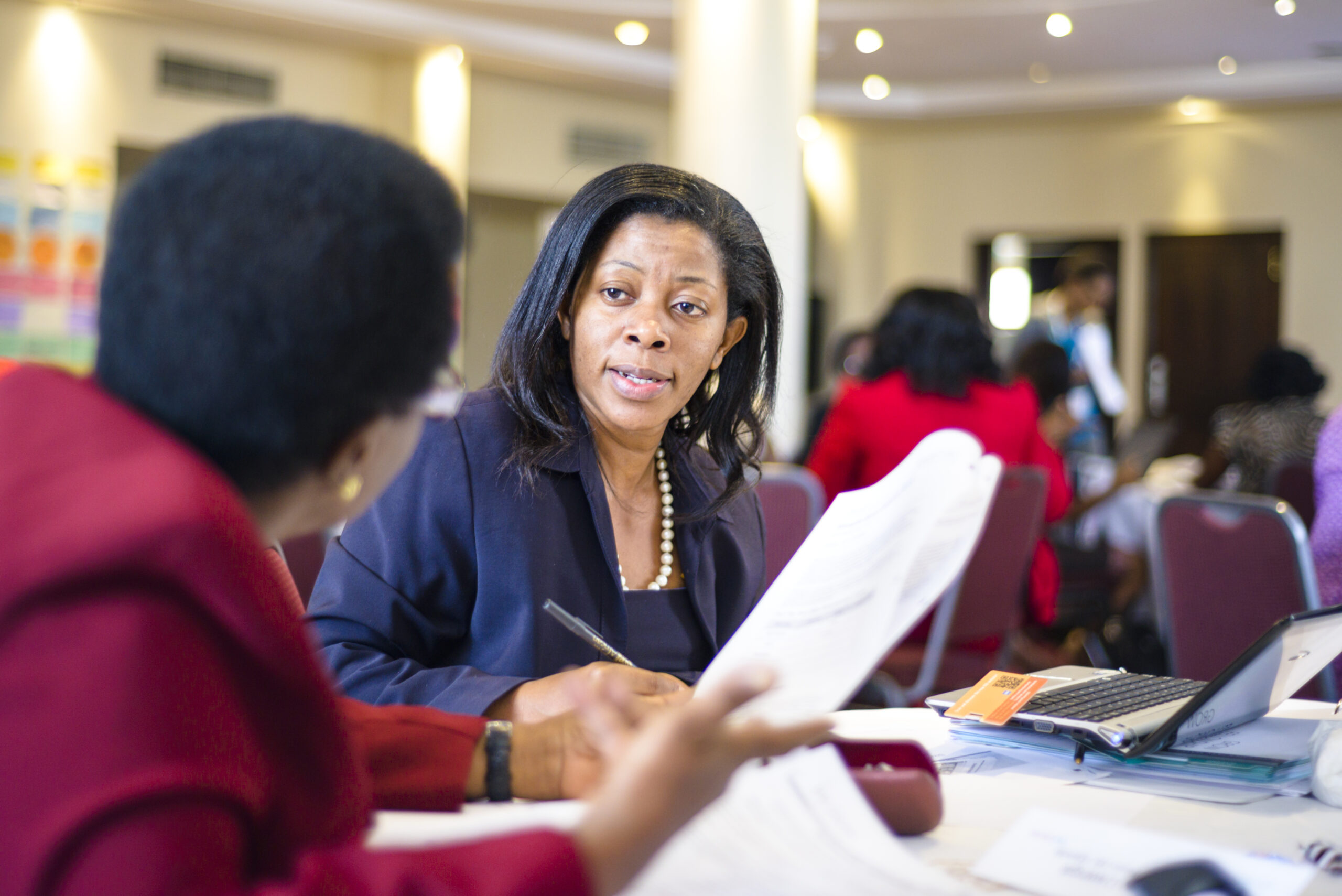