It’s such a conceit that a country insists that we always use “The” before mentioning their name as if there were five Gambias and a dozen Netherlands. “Oh, no, I’m not going to any old Gambia, I’m going to The Gambia.”

Many nations have “The” in their long-form name: The Republic of China, The Czech Republic, and The United States of America. However, when we’re not feeling overly stuffy and diplomatic, these countries give us a short-form name: “You are going to China, Czechia, and Gringoland.”

In this article, we’re not going to give into the conceit of The Gambia. From now on, it’s just Gambia. 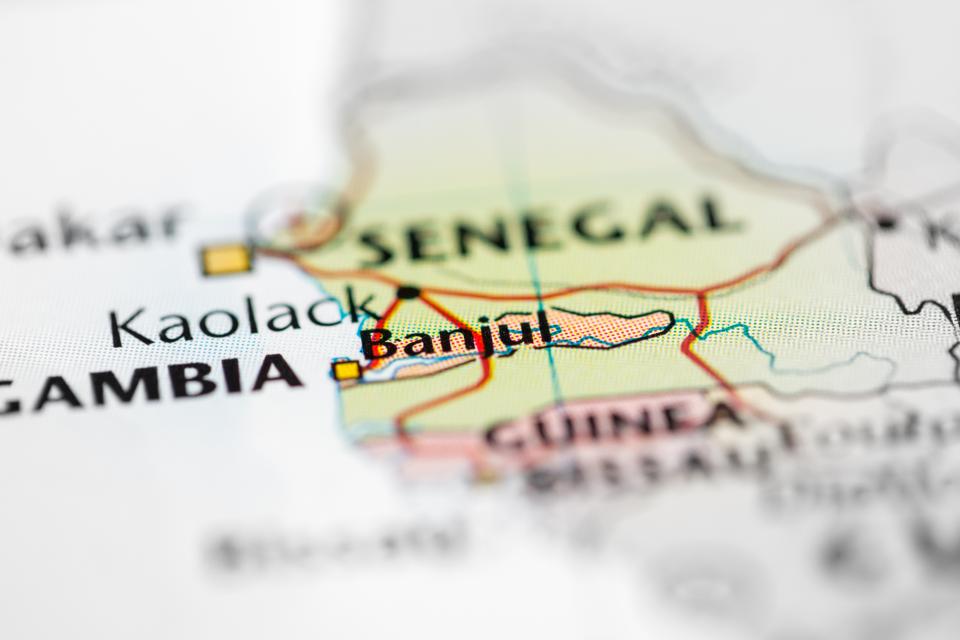 Gambia’s long-time dictator, Yahya Jammeh, talked like Donald Trump’s long-lost twin. Jammeh claimed that he could cure AIDS, high blood pressure, infertility, and asthma with herbs. He lied when he said that “the first Atlantic flight and the first flight from Eastern Europe landed in Gambia.”

However, his funniest fabrication was when he asserted that Gambia “is one of the oldest and biggest countries in Africa that was reduced to a small snake by the British government who sold all our lands to the French.”

Jammeh wasn’t always unintentionally funny. During his regime, people disappeared, journalists were assassinated, students and migrants were killed. He conducted a witch-hunt after he became convinced that a witch had killed his aunt.

He said that he “would cut off the head” of any homosexual found in Gambia and that “we will fight these vermin called homosexuals or gays the same way we are fighting malaria-causing mosquitoes, if not more aggressively.”

He added, “LGBT can only stand for Leprosy, Gonorrhea, Bacteria, and Tuberculosis, all of which are detrimental to human existence.”

Five years later, it seems that Allah told him to end his 22-year dictatorship. Adama Barrow took over and reversed many of Jammeh’s worst decisions. Jammeh emptied the last $50 million in Gambia’s treasury on his way out and left the country saddled with $1 billion in debt (120% of GDP).

Barrow has a tough road ahead since his coffers are empty. However, he’s improved things that don’t cost money. For example, press freedom has increased dramatically. Reporters Without Borders moved the country up 22 spots in its 2018 World Press Freedom Index. Gambia is no longer a pariah .

In a country that is 90% Muslim, Gambians who are Christians feel safe, at least according to this priest:

One move that could spur a renaissance is if Senegal and Gambia united as much as possible to create Senegambia. Although a formal union like Zanzibar and Tanzania is extremely unlikely, a tighter union could help both countries, especially Gambia. Gambia could abandon its dalasi currency and adopt West Africa’s CFA currency to facilitate trade . Equatorial Guinea and Guinea Bissau (two non-Francophone African countries) did just that in 1985 and 1997, respectively.

An even more radical idea is to teach French in schools. Most West African countries speak French. Gambians speak English well but they struggle to do business with the Francophones. Such ideas are terrible for the small-thinking, territorial Gambians who still rule over the broad-minded Gambians.

Albert Mendy, a Gambian in Banjul, theorized that Senegal’s relative wealth stems from not being as inward-focused as Gambia has been. He said, “Senegal was never fully independent because France kept helping them even after their independence. In Gambia, we became fully independent from the British who did little for us afterward. That’s why Senegal is far more developed than Gambia.”

When President Barrow was asked how he saw the future of Gambia, his answer was promising:

“It would be an inclusive country where tribalism will not have a place. I am the least tribal person you will ever see. I have mixed ethnic blood in me. I am a Sarahule, Mandinka, and Fula. Two of my sisters from the same mom and dad are married to Jolas. So tribe is not important. What is important is that we are all Gambians and should unite and work for the progress of our country.”

On my way out of Gambia, a customs official peeked in my truck’s backseat and pointed to something. I worried that he had spotted my professional camcorder and that he would invent some rule and force me to forfeit the camera. The customs official opened the backseat door. His eyes widened when he saw something fascinating: a dozen mangoes. I gave him one to encourage him to stop searching. He waved me through and then sat in the shade to enjoy the juicy fruit. Some African bribes are small.

Speaking about devouring fruits, some things haven’t changed in Gambia: 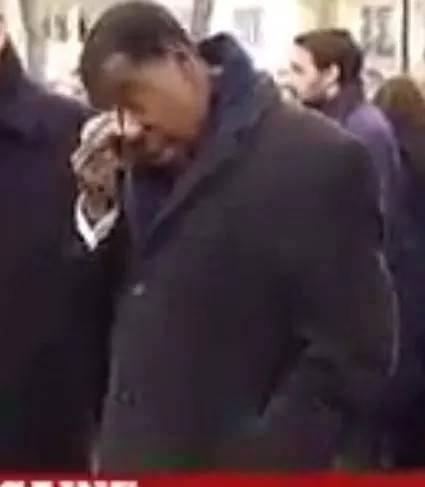