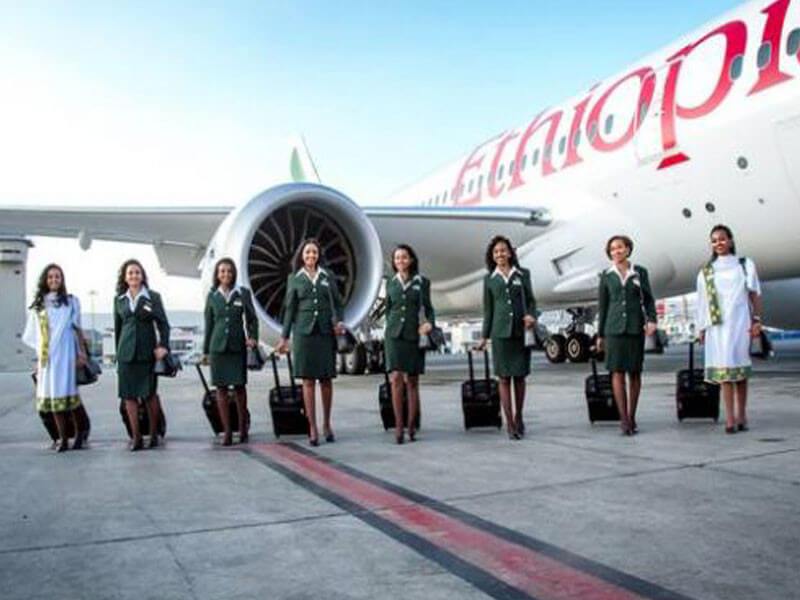 ADDIS ABABA (Reuters) – Even by its own standards, Ethiopian Airlines’ ETHA.UL recent growth has been fast — so fast that it revised the ambitious 15-year strategy set in 2010 and plans to buy more planes to step up its expansion.

Its plan had been to more than double its fleet to 120 and become Africa’s biggest airline by 2025, but it already has 100 planes flying to dozens of destinations from Asia to South America, including four U.S. cities.

“We have expanded more than we planned,” said Chief Executive Tewolde Gebremariam. “We had to revise the objective to make it 150 airplanes or more by 2025.”

The airline has come a long way from when it was established in 1945 as a joint venture with now-defunct U.S. carrier Trans World Airlines (TWA).

In its 2016/17 financial year Ethiopian Airlines generated $2.7 billion in revenue, Tewolde said, up more than 11 percent from the previous year. Passenger numbers climbed by more than 18 percent to 9 million while net profit was $233 million, up from a little more than $220 million.

In 2013 Ethiopian Airlines acquired a minority stake in Malawi Airlines to serve as a base for its southern Africa operations.

That kicked off a series of deals including January’s agreement with Zambia’s government to relaunch that country’s national carrier, shut down more than two decades ago.

The strategy is aimed at gaining a “competitive advantage” against rivals such as those in the Gulf, Tewolde said.

With Africa’s aviation industry still hampered by government protectionism and high taxes, Tewolde said that setting up or taking stakes in small carriers is a way around the restrictions.

Ethiopian Airlines aims to create a new airline in Mozambique that it will fully own, he said, adding that it is also in talks with Chad, Djibouti, Equatorial Guinea and Guinea to set up carriers through joint ventures.

“Going forward, it will be difficult for us to compete with only one hub in Addis Ababa.”
But it isn’t all clear skies for the fast-growing carrier.

The economic downturn in Africa caused by the collapse of oil prices in 2014 has indirectly hit the continent’s airlines, and Ethiopian is unable to repatriate more than $145 million in profits from Angola, Sudan and Zimbabwe because of foreign exchange shortages, Tewolde said.

“Running a business needs cash flow,” he said. “Here in Africa, we have a huge problem with this.”