With a purely Cameroon cast and production crew his latest movie Little Cindy, Executive Producer Alexander Mbeaoh says the Cameroon film industry has come of age. Set for its Grand Premiere on May 11, at Chariot Hotel in Buea, the movie stars some of the best talent the industry currently has in Cameroon. Shot in Buea and Limbe, the movie is the fourth for Alexander Mbeaoh after Asarori, Ayomeh, and Silent Judge.

Your latest production Little Cindy is set for its premiere, what is the movie about?

It’s about a talented little 8 year old who wants to be honored by his parents during a party in their house but this girl gets missing and no one seems to know how. Besides the message in the movie that I would not like to let out now, I also want the world to know that the Cameroon film industry has come of age given that the cast and crew is 100% Cameroon 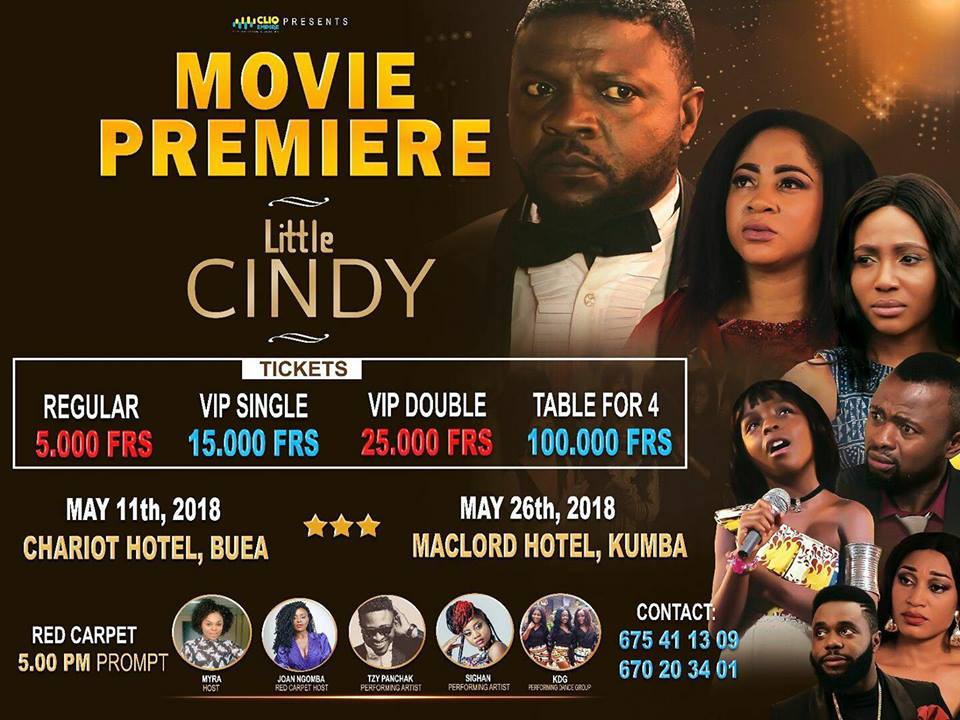 Where the movie shot, how long did it take was and what are some of the challenges you faced?

The movie was shot in Limbe and Buea and it took us slightly more than a month. Talking about challenges it’s the same we find on all sets but in addition, the film has to be in a single day so you can see the challenge of continuity.

Can you introduce the cast of the movie for us?

Some of the best breeds when in comes to movie making are involved some of them award winners like Chifor Valéry, Syndy  Emade, Ojong Solange, Tum Stephanie , Libota McDonald, Names like Obet Oben, Giscard Cedrick, Billy Bob etc are associated in one way or the other. Permit me use this opportunity to whole heartedly congratulate #teamlittlecindy for a brilliant job.

In the last few weeks a number of movie related events have taken place in Buea, how helpful are these events in moving the Cameroon movie industry forward?

Yeah the last few weeks have been characterized by premieres of other movies and the biggest being the Cameroon international film festival (CAMIFF) that brought film makers all-round the global hence giving the CFI  much needed visibility, publicity, and credibility.

What next from you after Little Cindy? A recurrent problem has been that of piracy , is the government now doing enough to stop people who want to reap where they did not sow?

After Little Cindy I think it would be a brilliant idea if this new found team gets back to the next project.The government in my opinion is doing little or nothing to combat piracy but we can’t just sit there crying every day and doing nothing. Consequently we are using other platforms to sell such as VOD and negotiating with some channels that can promote us. I should just use this occasion to let the public know that thanks to the deal CFI signed with BT Media, a channel called MyMovies is now created to carry only Cameroonian movies and or related. Also in the Little Cindy project we got one very important lady G-Class from London through whom we plan to hit the UK movie market. So we are now learning to count on ourselves.It’s also thanks to people like you who never miss the opportunity to promote us that we survive, for that we ever remain thankful