BRUSSELS, Belgium, May 24, 2018,-/African Media Agency (AMA)/- Deputy Prime Minister and Minister of Foreign Affairs Didier Reynders expresses strong concern following the referendum of 17th May on the revision of the Constitution of Burundi, the results of which were announced on Monday.

Both the majority and the opposition were eventually allowed to campaign during the official period. Belgium regrets however the lack of transparency of the process of the revision of the Constitution. This process took place in a climate of threats and intimidation symbolized by numerous arbitrary arrests of militants from the opposition, pressures on the population and grave violations of press freedom.
The revision of the Constitution may threaten the achievements of the Arusha process in terms of protection of ethnic and political minorities. It may also undermine the dialogue put in place by the mediation of the East African Community. With the risk that the current crisis could deepen.

Over the last few days, Didier Reynders raised the situation with many bilateral and multilateral partners, including the African Union and the United Nations. All are convinced that the only solution to the current crisis is an inclusive dialogue without prior conditions, and are therefore calling the authorities of Burundi to quickly show gestures of openness which would allow a reconciliation of all parts of society, and put Burundi on the track of democracy and of the rule of law. 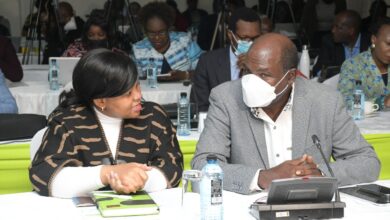