Efforts to transform the WHO in the African Region to become the organization that staff and stakeholders want is making an impact to the health of people across the region, according to a WHO spokesperson.

According to WHO, the strengthened realignment to health priorities and effective response to over 100 disease outbreaks and humanitarian disasters each year are some of the more important results of the ambitious reform program which begun in 2015.

The changes are highlighted in a report titled: “The Transformation Agenda of WHO in the African Region: Delivering Results and Making an Impact” launched on 23 May 2018 in Geneva on the side lines of the World Health Assembly. The report’s release comes as the organization is working around the clock to contain a new outbreak of Ebola virus disease in the Democratic Republic of Congo’s Equateur Province.

The report offers specific insights into the progress made in the key focus areas of the reforms: fostering pro-results organizational values; providing enhanced technical and operational support with a closer alignment to health priorities; improving the enabling functions of the Organization to deliver programmes; and building a responsive and interactive organization.

“I reflect with pride on the progress and some remarkable successes we have had over the past three years.” said Dr Matshidiso Moeti, WHO Regional Director for Africa. “I amhumbled to work with colleagues, Member States and partners who share the visionof an Organization that is proactive, results-driven,accountable and appropriately resourced to deliver onits mandate.”

In the wake of the Ebola crisis in West Africa, a new emergencies strategy and programme was launched leading to marked progress in preventing, detecting, and responding to crises. There have been innumerable successes at controlling outbreaks and responding to emergencies from the Ebola outbreak in the Democratic Republic of the Congo, to Lassa fever in Nigeria, plague in Madagascar, Marburg fever in Uganda, malaria outbreaks in Cabo Verde and Burundi, and meningitis in Niger and Nigeria. In 2017 alone, WHO in the African Region responded to 152 emergencies in 39 countries across the continent, including 134 outbreaks and 18 humanitarian crises.

The report shows how, in 2016, when four new cases of polio were reported in northern Nigeria, the Organization mounted the largest ever polio campaign in Africa.Over 190 000 polio vaccinators immunized more than 116 million under-five children in 13 countries in West and Central Africa. These efforts averted the spread of polio to other countries.

With a renewed momentum towards universal health coverage (UHC) and the sustainable development goals, the report highlights the development of a Framework of actions to guide the strengthening of health systems. The Framework was adopted by Ministers of Health in August 2017, who now use it as a tool to guide their actions towards achieving of UHC. Successes made in reducing HIV, TB, and Malaria have also been significant: for the first time, more than half of all people living with HIV in the Region have access to life saving HIV treatment (or 14 million people); new TB medicines and shorter treatments for multi-drug resistant TB are being rolled out in 21 countries; and between 2010 and 2016, estimated new cases of malaria dropped by 20 percent and deaths declines by 37 percent. At the same time, the Organization is tackling the growing burden of noncommunicable diseases (NCDS), including by ensuring that the African Region is leading worldwide in the adoption of the Protocol to Eliminate Illicit Trade in Tobacco Products.

The report also looks at how the Organization has become more efficient at supporting the delivery of programmes. The Accountability and Internal Control Strengthening Initiative was launched in 2015 resulting in overall effectiveness improving from 50 to 77 percent in 2017. Newly developed Key Performance Indicators are now in place and supporting the prioritization of health programmes. A massive human resources review was undertaken at the regional office and is now being conducted at country level to ensure the organization has the staff it needs to get the job done. The report also highlights how the drive to recruit more women is making progress with 4.5 percent more women now in the organization. WHO is very sensitive to ensure that it gets value for money and the reforms have supported this effort. In 2017,a sample of 19 transactions were assessed and it was found that cost savings of US$ 1.4 million had been made.

The reforms have also encouraged focused efforts to tackle priority issues in the Region. One of these is the health of the quarter of a billion adolescents on the continentbeing addressed by a new Flagship Programme that focuses on improving access to HIV testing and treatment, tackling substance abuse, treating mental health, providing quality reproductive and sexual health services including contraception, preventing accidents and injuries and promoting healthy behaviours to prevent noncommunicable diseases. Another focus area has been the five-year Expanded Special Project for Elimination of Neglected Tropical Diseases (ESPEN),which has already made considerable headway, including through the unprecedented mapping of targeted NTDs and the launch of an on-line open access data portal.

The progress made reflects that theWHO African Region is becoming more accountable, and results-driven and this is leading to results. The report celebrates these achievements in the African region, a timely exercise as WHO as a whole celebrates its 70th anniversary.

Africa Centres for Disease Control and Prevention to deploy epidemiologists, laboratory experts, and anthropologist to respond to the Ebola outbreak in Democratic Republic of Congo

What the reopening of schools means for Rwanda’s economy 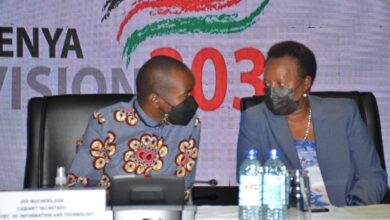