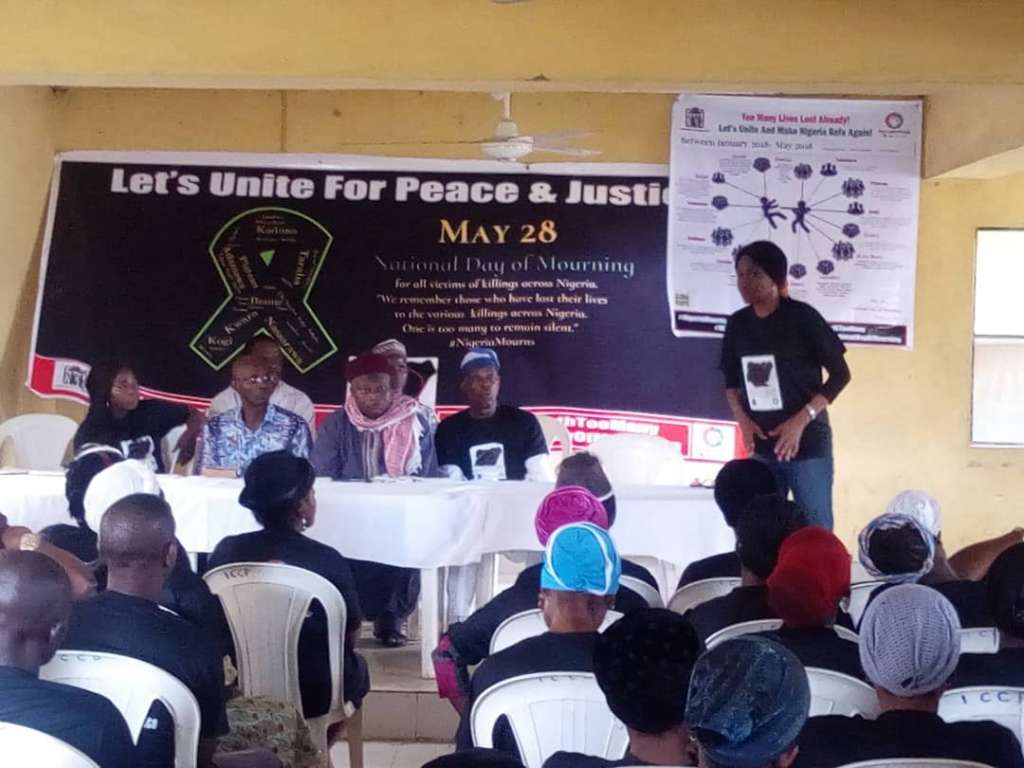 A group identified as as Community Life Project Initiative has charged President Muhamadu Buhari to fish out the killers of innocent Nigerians across the nation under the guise of herdsmen / farmers clashes and the Bokoharam terrorists .

‎Speaking during a programme organised by the group tagged ‘May 28 National Mourning day for victims of killings across Nigeria’ Ngozi Iwere Executive Director of the group said: “Nigeria is at war but the war is a war of class, not of tribe, ethnic or religion. Its between criminals and non criminals. The Nation’s law makers are united yet they want to divide the common Nigerians. The ruling class discribed us as ordinary Nigerians while they elevate themselves as Distinguished Senators and Honorable . They said its the herdsmen that are killing Nigerians but we know it is not the herdsmen. President Buhari should fish out these criminals.”

“I pray that God grant us peace and justice. Nigerians should wake up because 2019 is around the corner. Since 1979, our conditions as a people is getting worse continuously and the ruling class is the source of Nigeria’s problem. As a people when you are faced with two evil, you prefer the lesser evil. The ruling class don’t want the idea of independent candidate because they know once such comes to play, they will be voted out. We should all endeavor to be the voice of peace, justice, love and harmony in our dear nation as we are too many to be silent” Iwere said 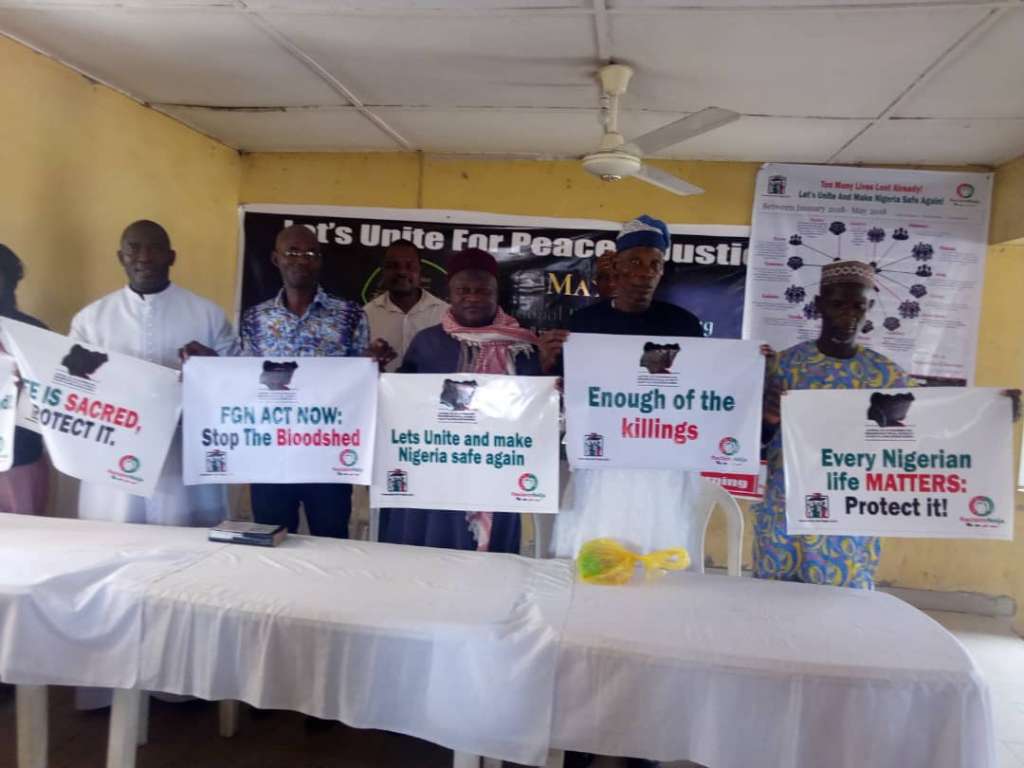 Meanwhile the Chief Imam of Ishaga Lagos, Alfa Ope , opined that most of these sponsors of killings across the nation are using religion to cover up their misdemeanor . According to him: “In Islam, whosoever kills a soul is liken to killer of whole nation. If the holy prophet during his era can order his followers to protect a Dog with her puppies from being killed by crowd, despite Islam’s view of seeing dogs as unclean animal, how much more will he not protect humans”. The Imam however prayed for the Almighty to forgive the sins and repose the soul of victims of insurgent killings in Alijana.