How are you, work and family? 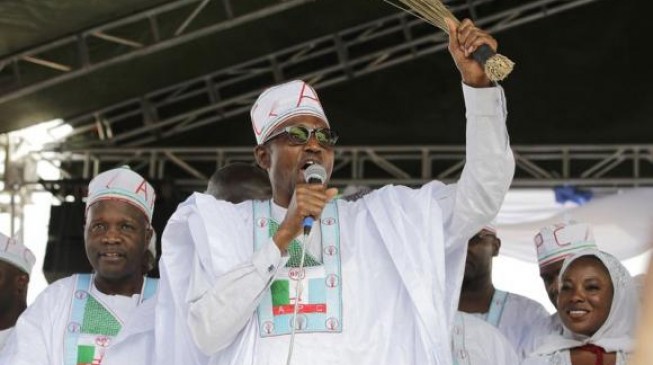 Dear Sir, I have not been a fan of you as Nigeria’s president since you emerged as the presidential candidate of the All Progressives Congress (APC) in 2014 because I have done proper ground research and realized you have nothing good to offer.  You were not an exemplary leader during your first stay as Head of State – You even overthrew a democratically elected government. You are not exactly a role model when it comes to being a businessman so I did not expect you to revolutionize the economy. So pardon my pessimism about your leadership skills (I was not wrong anyways)

My first draft of this open letter was quite lengthy and might have probably gotten me arrested because I was pretty pissed while I was writing and had a lot of things to say about how terrible your administration has been and the unimaginably horrible impact it has had on the Nigerian people as a whole. After writing for a while (about 1200 words) I stopped and realized I was ranting, then I realized I did not really need to analyze how bad your administration has been because Nigerians are feeling it and do not need an article reminding them of their very sorry condition. Asides that, I recall writing 3 different letters to your daughter, son and wife within the first year of your administration.

Then I remembered that fateful day – December 24, 2014 – when I was invited to Oriental Hotel, Lagos as part of a number of young leaders of thought to come and have audience with your then-Vice Presidential aspirant, Yemi Osinbajo. On that day, we were given the APC manifesto (which should be attached to this article) which I went through and laughed heartily because I realized that you and your party members really take Nigerians for fools (well, aren’t we?) by making promises that can never be fulfilled even in the next 20 years except a miraculous revolution occurs.

After I was handed the manifesto, I went through it and underlined several of those phantom promises which I knew will never be fulfilled. I will just list them here and probably just make a few additions later.

THE APC PROMISED THE FOLLOWING:

In summary, a good look at the APC manifesto shows that the Presidency has failed woefully as regards fulfillment of its promises to Nigerians.

Asides the aforementioned, it is pertinent to note the following anomalies who have assumed order of the day since the President took oath of office.

Incessant killing of innocent villagers by herdsmen (Fulani or not), people are being killed and nothing is being done about it! Benue, Taraba, Plateau… name it!

Just before the election, I used to have discussions with my friends and they were all of the opinion that you were the savior Nigeria badly needed. I used to laugh and tell them you will do exactly what you have been doing and are still doing.

I would like to go on, but the point is clear, you proved no point to me, except that which I already knew before you won the 2015 election: You have no business being the President of Nigeria. I like you, but I don’t like you as the President of this country.

*Ephraim Adiele is a Media and Digital Marketing Specialist. Contact him on @baba_random on all social platforms