While Nigerians are yet to come to terms with the recent turn of events between Presidents Muhammadu Buhari and Olusegun Obasanjo on the bulk passing over the poor state of electricity in the country in spite the infamous $16 billion investment into the power sector under the latter’s administration, reports reaching TMNews.ng reveal that Chief Obasanjo may be regretting his decision not to probe the Buhari led Petroleum (Special) Trust Fund (PTF) tenure as recommended in the 1999 report.

On the 7th of July, 1999, there was a report released by the ‘Petroleum (Special) Trust Fund (PTF) Interim Management Committee’, instituted by then President Obasanjo which revealed that the PTF under Buhari’s supervision was grossly mismanaged.

However, with developments which have seen Chief Obasanjo publicly advising President Buhari not to seek a second term over poor performance so far, and President Buhari’s recent $16 billion power comment indicting Obasanjo’s 1999 – 2006 administration, a reliable source close to the former President has stated that had then President Obasanjo acted on the recommendations of the 1999 PTF committee, Nigerians could have had a clearer picture of the incompetence we are witnessing today.

TMNews also gathered that the 1999 report revealed how the Committee had advised President Olusegun Obasanjo to “SET UP A HIGH POWERED JUDICIAL PANEL TO RECOVER THE HUGE PUBLIC FUND AND TO TAKE NECESSARY ACTION AGAINST ANY OFFICER, CONSULTANT OR CONTRACTOR WHOSE NEGLIGENCE RESULTED IN THIS COLOSSAL LOSS OF PUBLIC FUNDS.”

Part of the report disclosed that the sum of N26 billion was mismanaged by the company contracted by the PTF as management and project consultant when Buhari was the chairman.

Recall that then Gen. Muhammadu Buhari was appointed the Chairman of the PTF by late Military Head of State and dictator Lt. Gen. Sani Abacha, whom he had absolved of any corruption allegations despite the infamous ‘Abacha loot’ being repatriated by the Swiss government under this administration.

Speaking at the Presidential Villa yesterday while receiving a ‘Buhari Support Organisation’ led by the Comptroller General of Customs Hameed Ali, President Buhari was reported to have said, “I don’t care the opinion you have about Abacha, but I agreed to work with him and we constructed roads from Abuja to Port Harcourt, Benin to Onitsha and so on. We also touched education and health institutions.”

Apparently referring to Chief Obasanjo without mentioning his name, he said “Where is the power after a former president claimed to have spent $16 billion on the project?”

Probably hinting that former President Olusegun Obasanjo may have questions to answer over the spending of $16 billion on power projects during his administration (1999-2006), coupled with the fact that the House of Representatives in 2008 described the amount spent on power by the then government as colossal waste and a case of “poor budget planning and a lack of proper oversight by relevant bodies,” Chief Olusegun Obasanjo expressed shock why the facts are not being relied upon by President Buhari in spite the plethora of reports available to President on the same subject matter.

“How can a president who has all the information at his beck and call degenerate to this level ? Is it on account of a famed short attention span which precludes him from grappling with any serious reading beyond his self confessed affinity for newspaper cartoons ? Is it with this kind of levity that he attends to Federal Executive Council memos ?”

“We are now beginning to see the reason why Nigeria is fast disappearing into abyss of primitive stone age leadership. It really is not too late for him to heed the well considered advice of his doctor to go home, eat more and sleep more,” the former President said.

Nigerians vividly recall that Chief Obasanjo was a key supporter of then candidate Buhari in the build-up to the 2015 general election, but Chief Obasanjo has, however, recently, pledged to work against Mr Buhari’s re-election in 2019 saying he has performed poorly in office so far.

Read a brief summary of the 1999 PTF Committee report below…

– The report revealed that the Committee advised President Obasanjo to “Set up a high powered judicial panel to recover the huge public fund and to take necessary action against any officer, consultant or contractor whose negligence resulted in this colossal loss of public funds.”

– The report disclosed that the sum of N25, 758, 532, 448 was mismanaged by the company contracted by the PTF as management and project consultant when Buhari was the chairman.

– It revealed that Buhari delegated to the Afri-Project Consortium the power of Engineer in all appropriate project requiring such power, which made them assume absolute powers to initiate, approve and execute all projects by the PTF.

– The mismanagement of funds under Buhari’s Chairmanship of the PTF was carried out by the APC (the company) in their capacity as management and project consultants. It said both their management services fee and budget for various projects executed during the existence of the PTF were greatly overpriced.

– The Committee made up of Dr. Harouna Adam as Chairman, and Alhaji Abdu Abdurrahim, Mr Achana Gaius Yaro, Edward Eguavoen, Mr. T. Andrew Adegboro and Mr. Baba Goni Machina as members, while carrying out its obligations, engaged three management consulting firms to verify all payments made to PTF from inception to September 30, 1999.

– The Committee during verification discovered that the consulting firms had overcharged PTF for their services to the tune of N2, 057, 550, 062. Also, while intervening on behalf of the PTF in the road and waterways, education, food, health, and other sectors, the company, according to the report, inflated all the prices, for example intervention in the health sector was said to have amounted to N9 billion in total, and projects in this sector were said to have been executed by the APC and PTF in-house staff, where loss of billions of naira were recorded due to price inflation of products and services.

– The committee also discovered that the APC (Company) bought spectacle frames, which could have been done locally at a price between N80 to N880, under the watch of Buhari, at an inflated price of N1, 900 each. Ambulances were said to have been purchased at N13 million per unit, instead of N3 million. And then price inflation of drugs were done to the tune of N1.5 billion.

– The report further revealed that the PTF lost money to the tune of N3.5 billion from its bank account operations and that PTF operated its bank accounts under three different categories: Administration, Project and Treasury accounts, and the loss of money to these accounts were said to have been due to “overcharge on Cost of Turnover (CoT), non-payment of interest on current account balances as stipulated by the Central Bank of Nigeria (CBN), short payment of interest on deposited funds, and other various discrepancies.”

– The Committee also discovered that an average income of N182 billion accrued to the PTF from its inception to the date of filing their report. The Committee’s report showed that the PTF used about 70 per cent of that income on highways and urban road projects.

– In the project there was a total variation of contract sums of N68 billion. These variations were not done with properly priced bills of quantities and approved service contracts procedure as stipulated by government regulations. Taking the experience of what has been discovered after verification of various contracts awarded by PTF the minimum potential recovery will be about 15%. This estimated percentage will be about N10 billion.

– The verification of this project sector was about to take off when the committee members were replaced, the report stated.

The report was however neither made public nor was it acted upon by the then President Obasanjo. 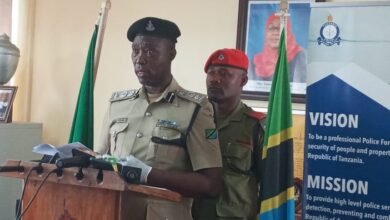 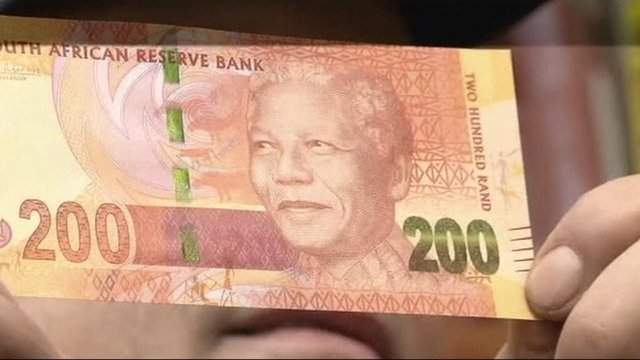