The Nigerian Community in South Africa has announced the killing of another Nigerian, Clement Nwaogu, who was burnt alive by a mob in the latest xenophobic attack in that country.

Speaking in a telephone interview, Habib Miller, the Publicity Secretary of the Nigeria Union in South Africa, confirmed the killing:‎

” The victim, a native of Njikoka in Anambra State, and an upholsterer in South Africa, was attacked and killed by a mob in Rustenburg, North West Province.”

“The mob descended on him like a common criminal with all sorts of dangerous weapons in the presence of the South African police officers.”

“Eyewitnesses say the victim beckoned for help from the police to intervene and help him, but they turned a blind eye.

“When Nwaogu could no longer persevere, he ran for safety; the mob chased and caught him, poured petrol on him and set him ablaze,” he said.

Adding that the mob then left Nwaogu when they thought he had died.

The spokesman said that it was shortly after the mob left Nwaogu that some passersby called emergency personnel, who later took the victim’s charred body to the hospital.

“The eyewitnesses feeling that the victim was still alive called for help; unfortunately, Nwaogu could not survive the ordeal and died at the Job Shimankane Hospital in Rustenburg,” he said.

In the same vein, the Senior Special Assistant to the President on Diaspora Affairs, Abike Dabiri-Erewa, in a statement described the killing of Clement Nwaogu, as unfortunate.

She called on South African authorities to find lasting solution to the incessant killing of Nigerians in that country and also urged Nigerians living abroad to obey the laws of countries where they lived, and shun crime and criminality to avoid unwarranted attacks and killings.

She noted that 14 Nigerians who protested the killing of a fellow citizen in that country North West Province some months ago were still in detention.

“Just a few days ago, on April 17, the case came up in court. There was so much tension that even the Nigerian lawyers representing the Nigerians had to be escorted to court by Diplomatic police.

“The community has vowed to deal with anyone who plays a positive role in getting the accused Nigerians return to Rustenberg,” she noted.

Dabirir-Erewa said that the Nigerian mission in Pretoria and the consulate in Johannesburg had done everything possible, in the recent past, to get justice for Nigerians in South Africa.

“Four South African policemen are currently in court for allegedly killing and maltreating Nigerians with embassy officials constantly present in court for the hearings. This is the first time this will be happening.

“However, the early warning signals put in place by the Ministry of Foreign Affairs and interior of both countries need to be reviewed” she said. 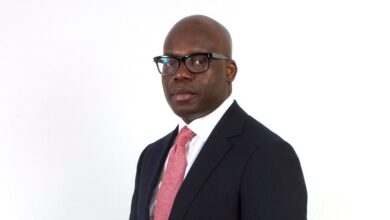 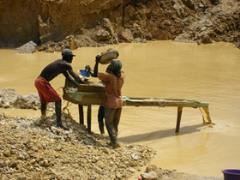