Sudanese refugees fled to Chad following eruption of conflicts in Darfur in 2003 -2004. Many refugees have indicated their interest to return to Sudan with the stabilization and improvement of general security in Darfur.

This return follows the signing of a tripartite agreement in May 2017 by the governments of Sudan and Chad and UNHCR for the voluntary repatriation of Sudanese refugees from Chad.

The Sudanese returnees were assisted with a reintegration package and transportation from the reception Centre in Tina to their home villages in North Darfur.

The Commissioner of Refugees, Hamad El-Gizouli said: “this is an historic moment to receive the first group of Sudanese returnees from Chad.

I would like to emphasize the importance that the Sudanese Government attaches to the voluntary return of refugees as being the best solution for them so that they can begin to rebuild their life as Sudanese citizens.”

The Representative of UNHCR in Sudan, Noriko Yoshida said: “It is very moving to see refugees returning to their home country after many years in exile. I want to seize this opportunity to appeal to the international community to assist the efforts being exerted by the Sudanese government for the sustainable and durable return of the Sudanese refugees from Chad, which would equally benefit internally displaced persons and the local community through promoting peaceful co-existence among them”.

Adam El-Nour Abakar, who left to Chad some 15 years ago and returned home voluntarily said: “I’m so happy to return back to my country with my family. I really feel comfortable and content. I cannot thank UNHCR and the Governments of Chad and Sudan enough for facilitating our return to Sudan. I am eager to catch the agricultural season in my home area in Kebkabiya.”

UNHCR and two Governments concerned are targeting the repatriation of 20,000 refugees from Chad during the course of 2018. Registration will continue in Chad and refugees will be assisted should they express their intention to return to Sudan.

UNHCR and the Government of Sudan acknowledge the existence of spontaneous returnees from Chad to Sudan, and these return areas are also in need of urgent rehabilitation.

It is to be noted that some 300,000 Sudanese refugees are currently reside in eastern Chad. 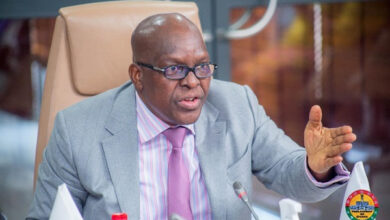 Ghana:It’s Unhealthy For MPs To Work Through The Year Without Leave-Speaker