NEW YORK, United States of America, April 9, 2018,-/African Media Agency (AMA)/- The members of the Security Council condemned in the strongest terms the attack against a vehicle of the United Nations Multidimensional Integrated Stabilization Mission in Mali (MINUSMA), which occurred on 6 April 2018 in Gao and caused the death of a Nigerien peacekeeper.
The members of the Security Council expressed their deepest condolences and sympathy to the family of the victim, as well as to the Government of Niger and to MINUSMA. They paid tribute to the peacekeepers who risk their lives.

The members of the Security Council reiterated their full support for MINUSMA and the French forces that support it. They reiterated their strong support for the Special Representative of the Secretary‑General for Mali, Mahamat Saleh Annadif, and for MINUSMA to assist the Malian authorities and the Malian people in their efforts to bring lasting peace and stability to their country, including through MINUSMA’s support to the implementation of the Agreement for Peace and Reconciliation in Mali (the Agreement). They recognized the determination and ownership of the Governments of the Group of Five for the Sahel States (G5 Sahel) to address the impact of terrorism and transnational organized crime, including through the conduct of cross‑border joint military counter‑terrorist operations.

Beyonce and the poet : The refugee writer who influenced Beyonce’s new album 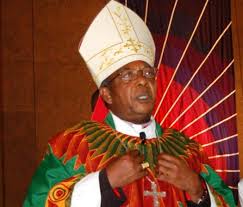